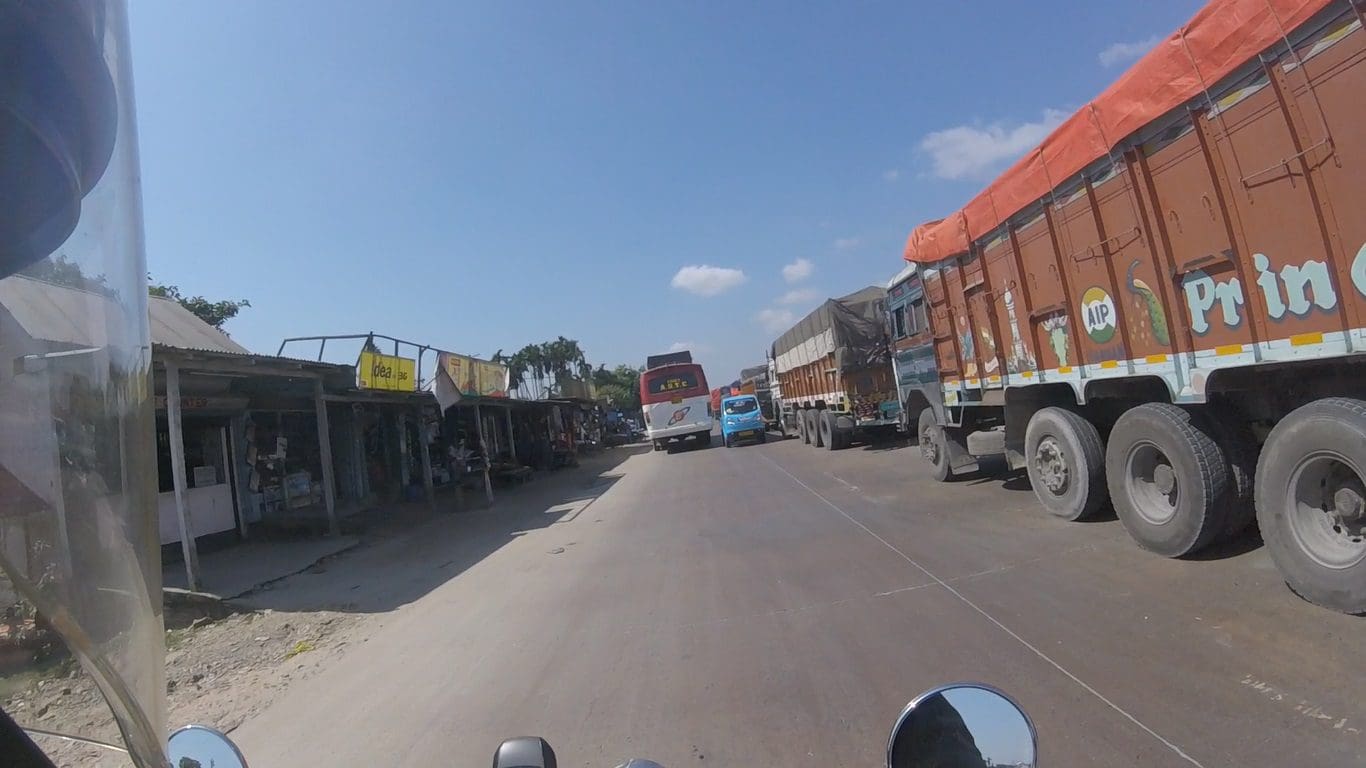 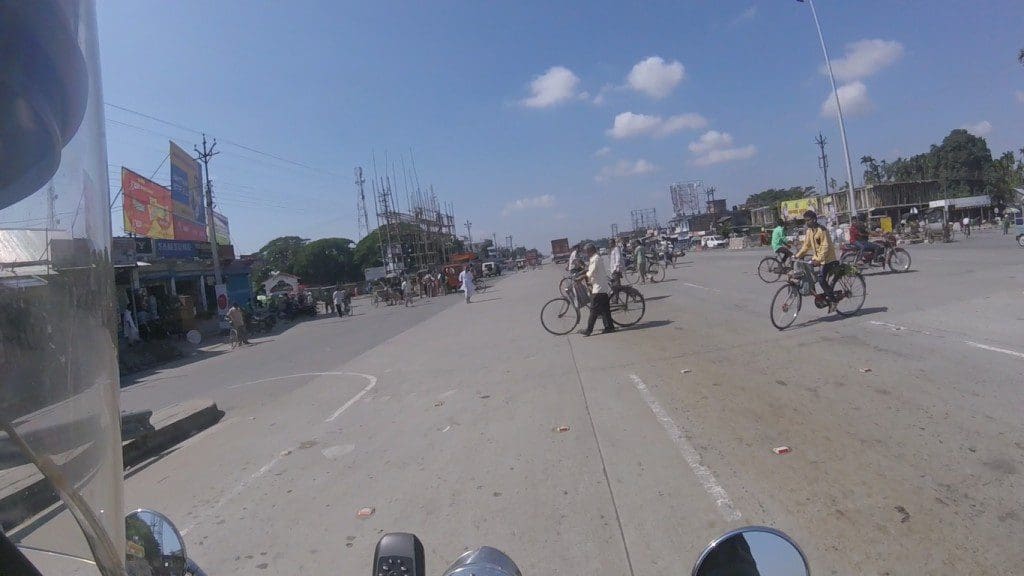 Crossed the border to Assam from Gelephu, Bhutan. After passing the Bhutanese and Indian immigrations, I was ready for a stretch of rural roads leading to the main highway across the Indian side. This was a 200+ km dash to Jaigaon and handing over my war horse of the past week. 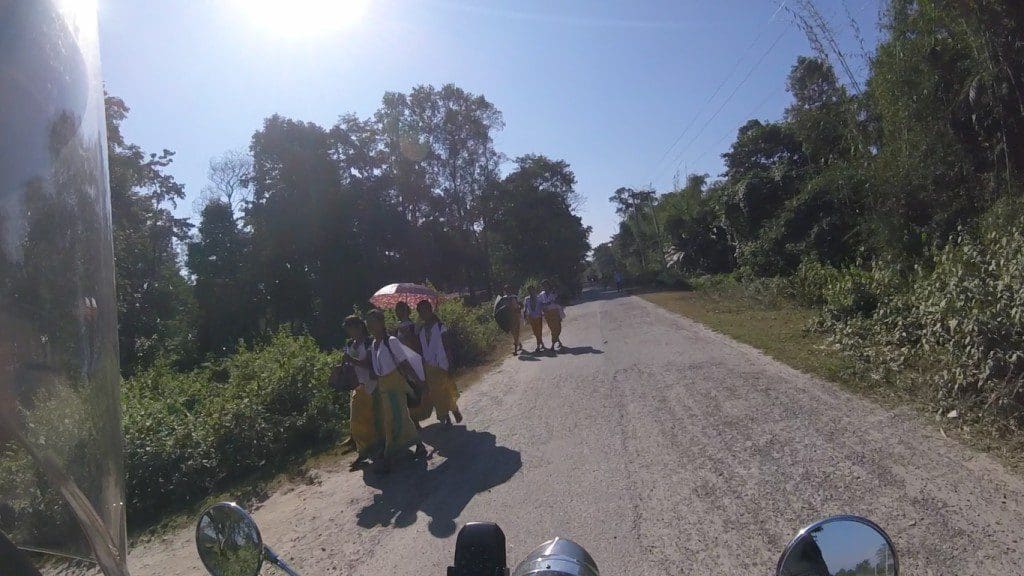 Coming to the highway, I saw some commotion before the crossing from which I joined the road. A truck was sideways on the road and people were yelling and making elaborate hand gestures. This was some kind of a demonstration but I did not go over to check what it was about. Learned my lesson in Nepal and was aware that something could happen near the border areas.

This is a dual highway NH 31c joining from NH27 with a green area in between the two sides of the road. One might think that each side is used for one direction, but that would be a mistake. Both sides are used for both directions and there are bits missing of the road, even a few bridges, so you need to read the local’s driving to find the right lane. At times the other side was only used by pedestrians and cyclists and some local traffic. Something in the back of my head told me not to stop anywhere where the crowds were gathering. Truck stops, restaurants, etc. In few places there were demonstrations with men trying to run towards me but they were late for stopping me and I just twisted the throttle to ride past then as fast as possible. The road was wide enough and they were usually preoccupied with the cars they were stopping. These guys were yelling and armed more often with flags and pamphlets that with sticks and stones. 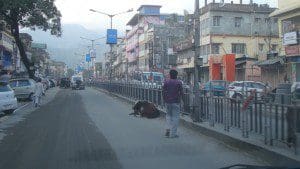 At this point I had lost contact with my Bhutanese friends and only later I learned that they were actually a little scared on my behalf. After all, I had Bhutan plates on my bike. When we were reunited, Namgay stick his finger between my ribs and said “Get off your bike!”. The area has recently had some kidnappings and they had imagined all the worse eventualities that could happen to me. The reunion was made even merrier!

In Jaigaon I handed the Royal Enfield back to my local hosts and bid farewell to Karma and Namgay. Many fond memories were made in a few days.