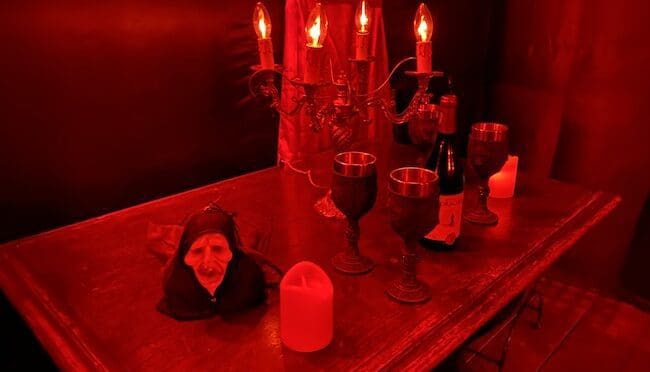 Way down to Faaker See

Rode down to Faaker See / Klagenfurt am Wörtensee in Austria perhaps too eagerly. Well, it was 1200+ km but I wanted to cross the distance quickly. After all it was only a transfer ride to get to where the action was.

After the 1200+ km ferry sailing, I was ready to get on the bike! I left Travemunde around 10PM in the evening and having spent the day doing nothing but sauna and jacuzzi between meals, I did not want to go straight into a hotel but decided to do a little run towards Austria. This little run turned into Leipzig 450 km later for a few hours sleep. Eating the miles is easy on a motorway but less fun, particularly at night.

Note to oneself and a top tip for the others: Do not take shortcuts at night, no matter how tempting it may seem!

I have done the run to the alps several times before and did not really expect much from the transit through central Europe. But when traveling overland, I can feel the anticipation growing to see the scenery change rather suddenly from the flatlands of Europe to the majestic mountains and alps. Always a tingling sensation in my body.

My plan was to visit the European Bike Week in Faaker See and to continue my ride south-east towards Transfagarasan in Romania.

The bike week, like many other events, had suffered from Covid-19 but now there were apparently again some 100.000 bikers congregating at Faaker see in the Austrian region of Carinthia. Strick covid measures were in place, but it was all done in very relaxed atmosphere as much as the pandemic could allow. Access to main areas and attractions were controlled and after proof of covid vaccinations using the EU covid passport, one got a wristband to avoid constant re-checks and was free to move about. With the EU covid passport life was simple when visiting restaurants etc outside the rally area.

A chance reunion and a dinner with a good friend on the first day made up for the tiring ride and meant that I had good company for at least a few days ahead.

Austria is always a great country to visit but eventually it was time to continue on. We actually found a third friend to join our team and while my two friends had plans to ride north, I managed to convince then that while we were so close by, we should all go and ride the Transfagarasan mountain pass. Since it was only two days away!

We eventually decided to stay overnight in Belgrad and as luck would have it, our hotel was right next to the bohemian quarter and some great restaurants. Catchy music by local bands and the best steak tartare I have ever had, prepared by the no 2 tartare chef in the country. Yes, they do run competitions! And preparing the steak tartare is a show in itself!

We were really lucky and the weather was clear and sunny and Transfaragasan was really beautiful that day! To top the experience, in the afternoon, on the southern descent, unbelievably we saw bears no less than nine times on the road. One even with a cub!

When on a motorbike, stopping next to the bears to take picture is a bit unnerving compared with those who were sitting in their cars. Some cars even threw snacks for the bears, apples and such. What a great and rare experience, truly memorable!

Afrter Transfagarasan I bid farewell to my friends and thought that while in Romania, Transilvania and Vlad Dracula would be great to see. Casa Vlad Dragu was in Sighisoara, and I decided to pay Mr Dracula a visit. Unexpectedly he seems to be in good health and was not even angry when I woke him up!

Sighisoara has a beautiful old, walled centre where you can also find the birthplace of Vlad Dracula. Like most similar old towns, also Sighisoara is heavily catering for tourists and they have also built a tourist attraction around Dracula’s birth place.

The real surprise that almost soiled my pants was that in the rooms where Dracula was born, among some exhibits and mannequins, a living man was laying in the coffin and when you were watching him, he suddenly raised his hands to reach for you. What a scare!

Angels on the road

Riding solo does not mean you are riding without friends. There are angels on the road. Bikers willing to help and to go to great lengths to get a fellow rider back on the road. I met a few of them in Romania!

Having spent the night at Bacau, Romania, my intention was to continue further east towards Moldova.  After only a few kilometers, I noticed warning lights on my dash and had to look for a motorcycle shop that could help with the problem. Lights indicated that my engine was heating up.

Looking around for a workshop, I soon noticed a car repair shop and pulled up with the stricken bike. I soon met with Antonie, who was working there and turned out to be a biker himself. Antonie diagnosed the problem easily after we had blown a few fuses in the process. Not to make things easy, Antonie had to pull the front cooling system of the bike apart. And result – the water pump had blown.

I was riding my Harley-Davidson CVO Limited 2014 and according to the dealerships, new pumps would become available mid-October from Amsterdam and now it was mid-September and I was in Romania!! I tried several dealerships across Europe, but no-one had a spare pump, even though many stated that this was a ”known issue”. So no help from the manufacturer dealerships.

After a moment of despair, Antonie suggested that I contact the local EMERGENCY Ride&Ride MF Facebook group in order to contact local bikers and to find assistance through that channel. In no time at all I had several bikers offering their help. The despair was now fading away.

My phone soon rang and Mihai Onicel from Travel Wild suggested meeting up. Mihai took time from his busy schedule (traveled to Greece the following day) and came to meet me at the agreed place. He contacted a capable mechanic Lorel who runs Garajul Ursului in Pietra Neamt some 60 km away, who agreed to have a look at what can be done with the pump. My bike was rideable but according to diagnostics, running hot.

On the road I got a call from Michael Radu, who also suggested to meet on the road.

He arrived on his Gold Wing and came to check on my progress and also recommend Lorel. So Lorel was clearly the man I should meet! As it turned out, he was the president of Carpat Bikers MC and is not only a capable mechanic but also well connected to solve the problem.

I met Laurel at his garage, the Bear Garage in Pietra Neamt, and soon learned his favourite phrase, “Don’t worry”. Laurel was a kind and hospitable person, and the evening was spent at his house having a BBQ with his wife and friends. I could see how Laurel was thinking about the fix for my bike as he would need to improvise how to do it without the right parts. Another phrase often from Laurel was “Let me think, it will be ok”.

It seemed to me that in Romania not having the manufacturer spares is only a small hindrance. At least Laurel was used to figuring out how things work and was capable of designing his own solutions to problems. True also now, and when the parts arrived, Lorel needed to modify them to fit the bike. Luckily, he has the skills and tools to do so.

I soon had my bike ready to run again but decided to turn back home and to get a permanent fix during the winter season. I started to limb back home but Laurel’s fix worked well and it actually turned into a blast across Europe to Travemunde in two days including dinner in Krakow and currywurst in Berlin.

I guess this is how memories are made! I met some truly great people, enjoyed amazing hospitality with Lorel and his lovely wife Michaela and their friends. None of this would have happened without the pump breaking down!! Further positives include riding through the Carpathian mountains on the way home and I still have another ride to complete on my bucket list!

So, There is always a silver lining!

Waking up in complete darkness. My cabin has no windows. No idea of time. Takes a while to get oriented, find my watch and to get back to sleep.

Eventually the new morning came and a decent time to get up, although I had nowhere to go at any particular time. Breakfast, eating way more than I should or indeed, would need today. Followed by a sauna and a loooong soak in the jacuzzi. Nice!

Sauna and jacuzzi conveniently took me to brunch, stuffing in even more food. Now hard to just sit still and just breathe this full! Well, everything is relative and I still have room for two afternoon beers, followed by a two hour nap! Recovering from the nap, sauna was clearly needed. And another soak in the jacuzzi. A beer is customary after sauna.

Now it’s dinner time! Still full, I skip dinner but have a shrimp sandwich, just to be sure. With a beer, naturally.

Day goes by slowly with conversations with fellow bikers or just by myself wondering about the past few days and my coming trips. Today, it will be an early night for the short ride home in the morning.

Was a good trip, saw many new places and met some great people. Made many new memories! Priceless!