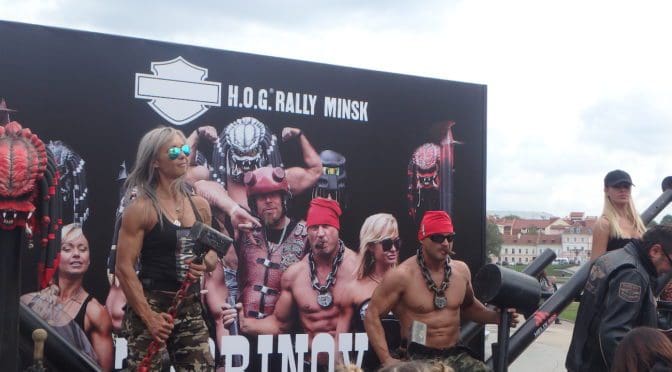 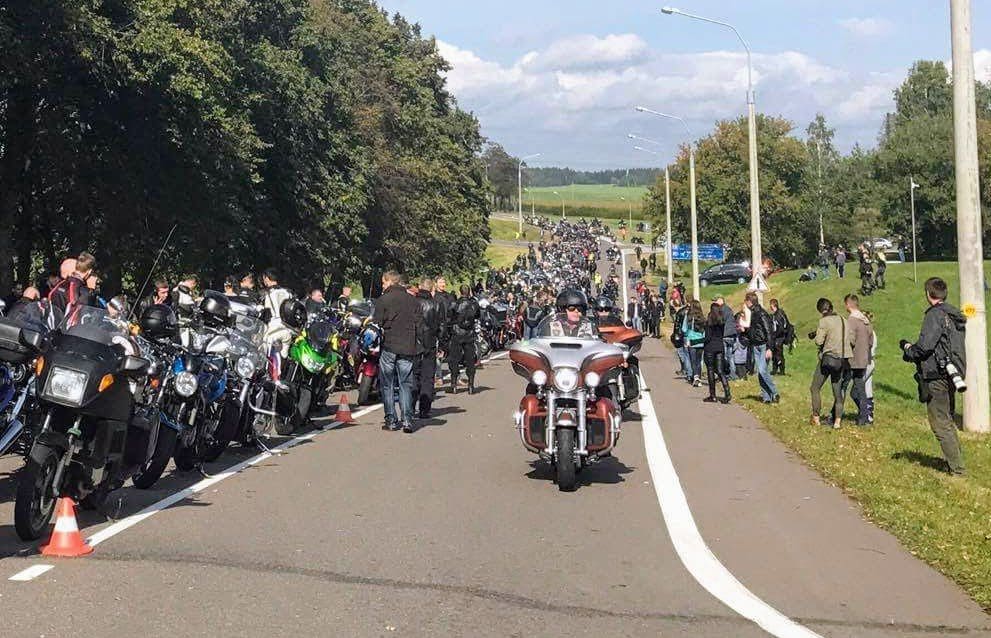 Minsk in September? On a Motorbike?

Riding to Minsk in the fall may not be the first thing in mind for an average biker. Well, we are not average and this time we were nine riders on eight bikes. Our largest posse in three years for this trip.

The weather did not look too promising either way (again, it is September and we live in the North), but as usual, the forecasts give much gloomier outlooks that the reality has ever been on these trips. Yes, it is wet and yes, it is cold, but only at times. But it is fun all the way and we have the stories!

We even managed to get Omar to join us for the return run as our ninth bike and I am sure this was not what he was used to in his native Saudi Arabia!

Hats off to our brave Saudi! Hopefully it will be warmer in Portugal where he will be riding next in a few days!

This must be one of the motorcycle events with the highest possible level of sponsors. The organizing committee for the event is impressive: Minsk City Executive Committee, Ministry of Internal Affairs and State Border Committee, Harley-Davidson Russia and the CIS,  and of course the main organisers, HOG Iron Birds Chapter.

Viktor Lukashenko, the eldest son of the President of Belarus andIgor Shunevich, Minister of Internal Affairs, both attended the event and promoted it in the media. Last year president Alexander Lukashenko himself led the parade on his Harley Ultra.

The event is officially aimed at strengthening friendly relations between countries and developing tourism in Belarus. It seems they were successful as according to media, over 4000 HOG riders plus 2000 other makes from 15 countries attended the rally.

Following this high level organizing committee, entry to Belarus was visa-free for those attending the ticketed HOG party. Your event ticket is your visa.  Formalities at the border do anyway take time when also the bikes needed import documents. Regardless, the border officials seemed very friendly and in good spirits admiring the bikes. 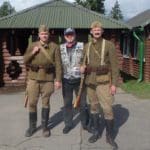 As one of the objects for the organisers is promoting tourism, there were some excursions available.  Mirskiy Castle – a landmark of Belarus, The Stalin Line. “Immerse yourself in the atmosphere of the Great Patriotic War and feel the spirit of the old times!” and the Belorussian Automobile Plant (BAP).

I chose The Staling Line and the exhibitions were really good with some more recent missiles on show – The BUK.

Amazing Party for Everyone in the City

This was my third time in Belarus and it is always so much fun. The people in Minsk are some of the friendliest and the HOG riders are always cheering each other.

The public festivities with shows, events and entertainment were in the centre of Minsk at the Palace of Sports, kicked off with bands and motorcycle parade, arriving from the Mount of Glory. The event is closed with huge fireworks late in the evening. See some of the media clips at the end of post.

For HOG riders, a ticketed party at the Falcon Club was a blast with bands like the ever classic Nazareth, followed by The Presidential Orchestra of Belarus sharing the stage with a rock group.

Ending on the Patriotic High

The closing of the evening is something the Belorussians do well. They may have some big names performing (In the past Uriah Heap, Udo, The Rasmus, now Nazareth) but each year they have a closing number with a band that raises the roof and taps in to the patriotic spirit. This time was no exception. And the Presidential orchestra worked really well with the rock twist.