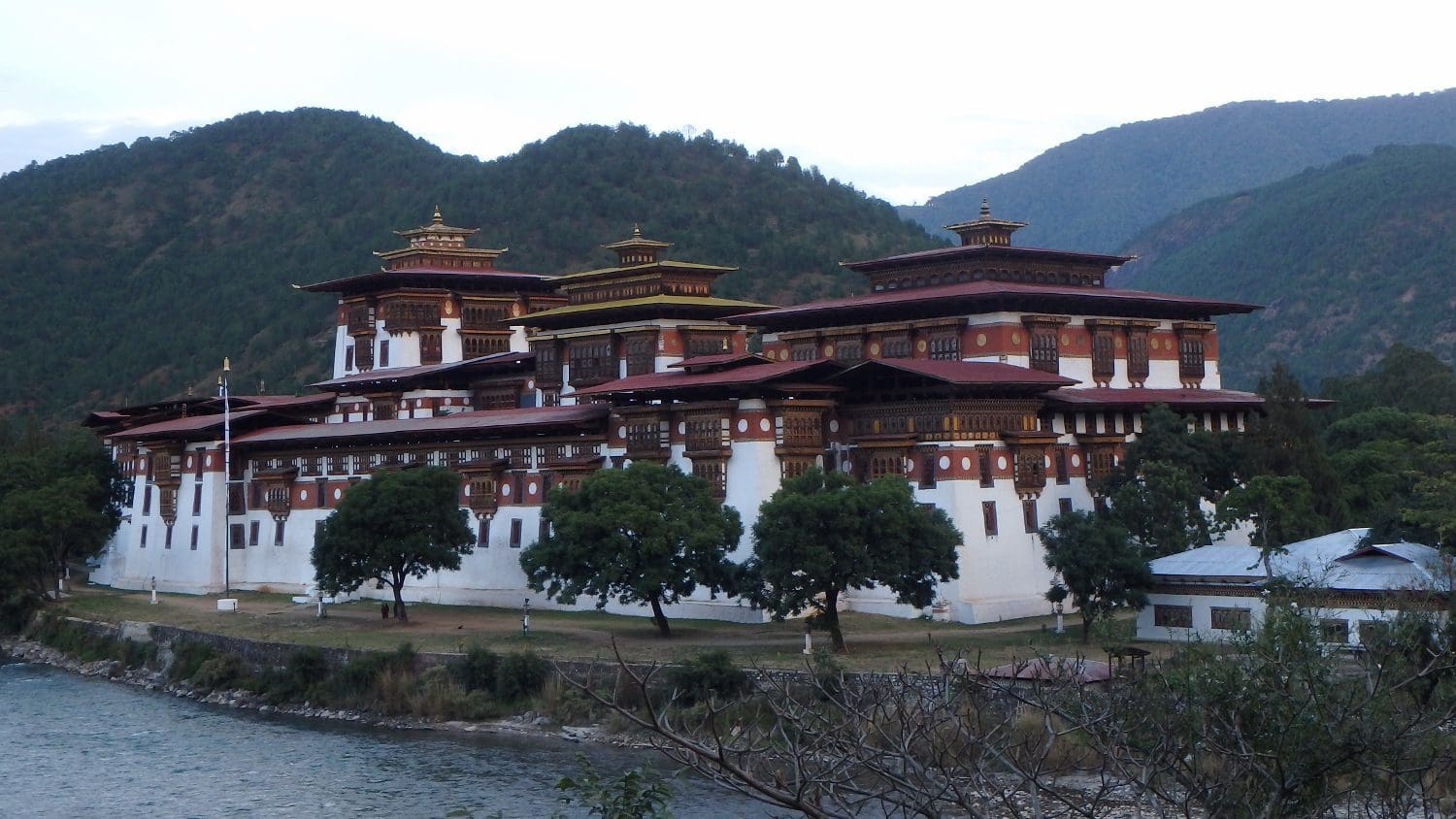 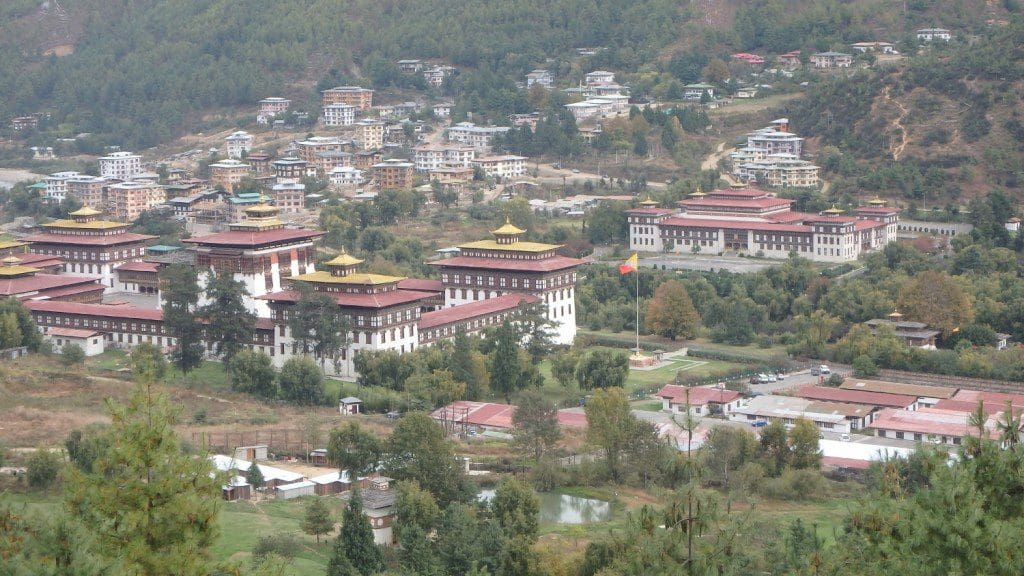 The road to Punakha was rather demanding. Royal Enfield does not have very long suspension and neither does my spine. The night before in Thimphu, I heard from an American couple that the road was bad and they thought it would not be possible with a bike!?! If cars can go, so can bikes, a nonbrainer! But the road is bad and currently being rebuid for the entire distance. When the works are done, the road will be magnificent! Punakha itself has an impressinve fortress and it has a nice story to go with it. When the enemy was approaching the fortress it was clear that the troops in the fort were really undermanned. The fort however, had two entrences of which only the main gate was visible and known to the enemy. The fort kept the troops marching in from the main gate with the enemy watching and replenished the marchers from the side door. The enemy was impressed and did not dear to attac such a mighty force! Good thinking from the fort’s people.

Also on the list of places to visit was a huge statue of the current Buddha on a hilltop. This was not yet completed but already draw masses and the parking space was running out. 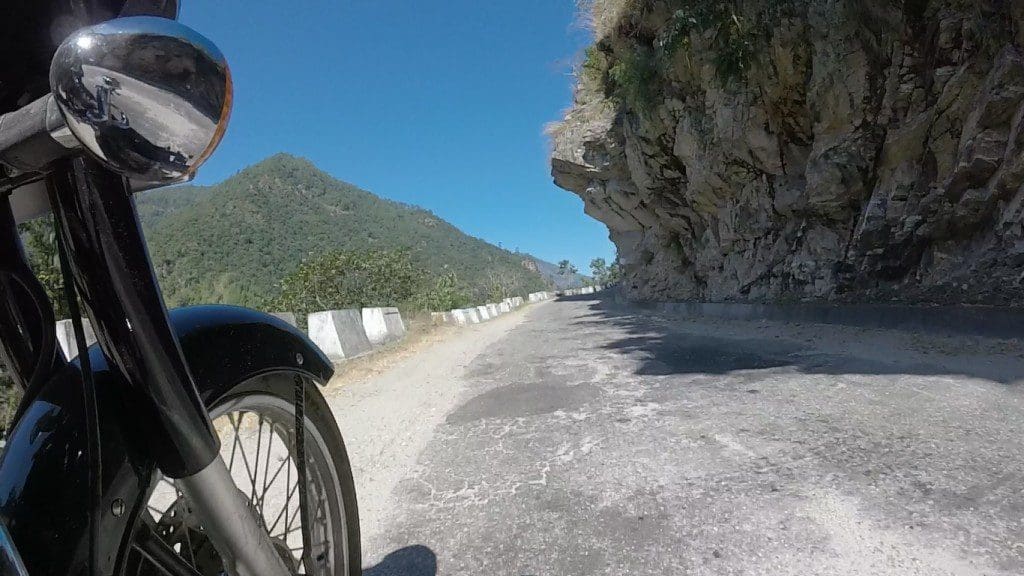 The last day of riding in Bhutan took us to Gelephu near the Indian Assam border. Now this road was again one of the most enjoyable ones. Largely in good condition, lots of hairpins, hills and valleys and it was also quite narrow. A fun road to ride. I did not know it at the time I was riding the road and Karma said he wanted to keep it as a surprise, but according to him, I was the first tourist to ride that stretch on a motorbike. I am honoured! 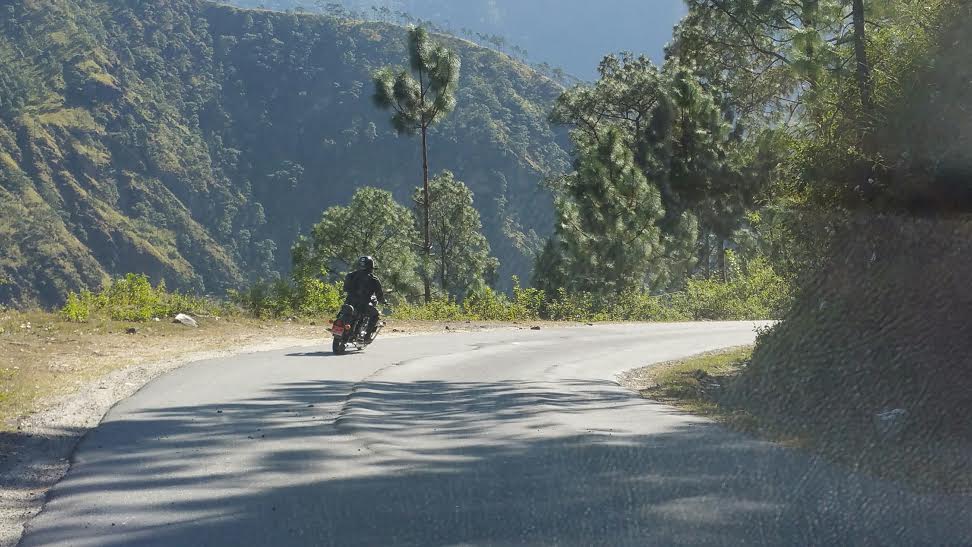 The area was earlier dangerous due to ethnic groups organising kidnappings and other kind of skirmishes. Tourist visas were not granted for that part of the country. But now everything was plain sailing and we had a picnic lunch on the way as there were no restaurants available en route.

Gelephu was clearly close to border with Indian tourists in town and border controls were checking on us kilometers before the town itself. Gelephu would still reguire the normal immigrations visits and stamps but that would not be before we spent the last night in Bhutan.