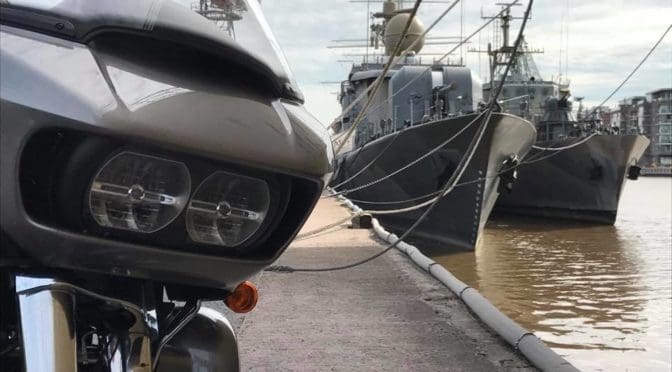 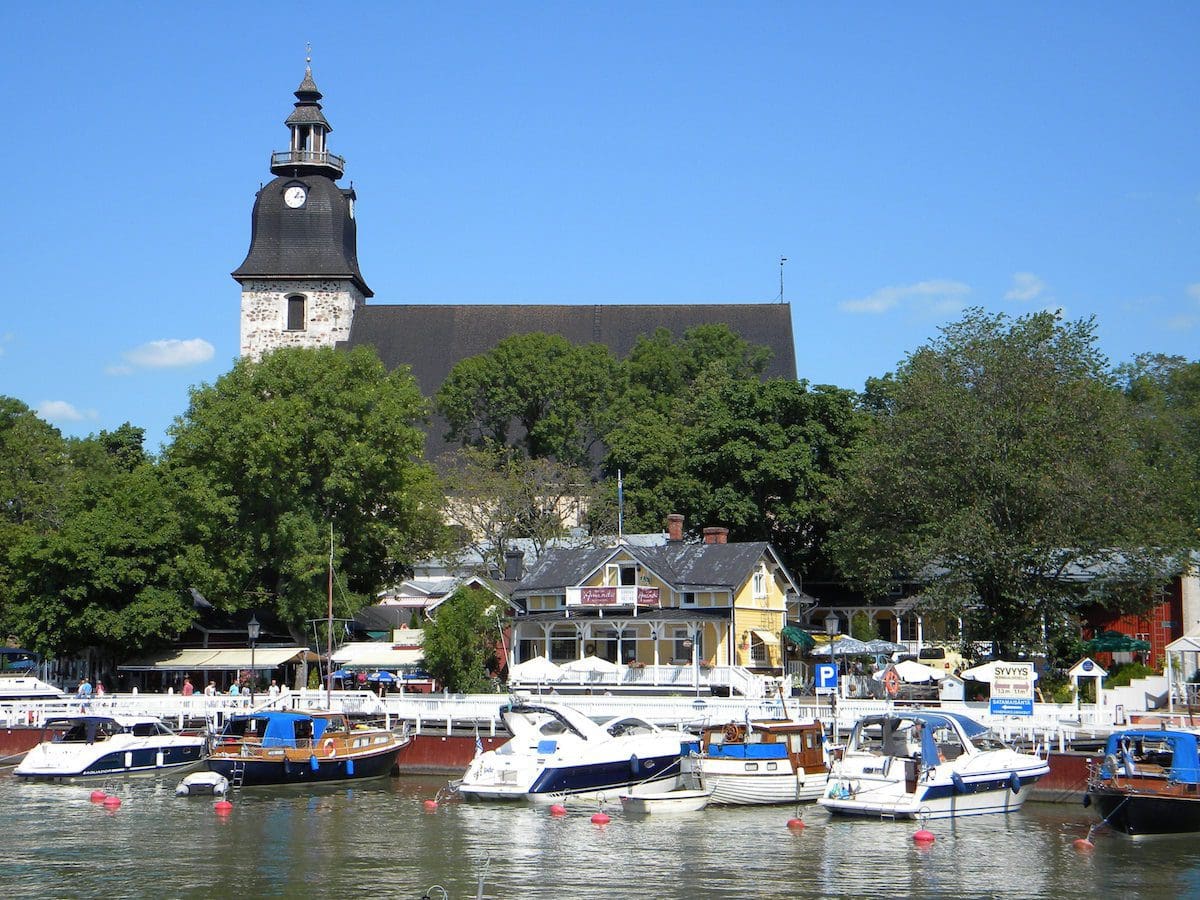 Welcome to the southwestern part of Finland, the agricultural heart of the country.  Our trip starts from the capital and takes us west, through old museum roads past Fagervik and country roads taking weekenders to the archipelago, Tammisaari seaside town for lunch and through Kemiö island, eventually leading us to Turku, the former capital of Finland for the first night. 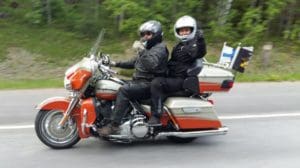 The Fagervik museum road (1050) is a top tip and should not be missed if you tend to take the winding road instead of the main arteries. The road starts from Inkoo with a four km of gravel which can easily be avoided by following 51 to 186 and joining the 1050 from 186. You can follow the country lanes all the way to Tammisaari if you choose, or join the 25 closer to to Tammisaari (also Raseborg in some maps). If you continue on 25, you end up in Hanko, another seaside summer resort town. 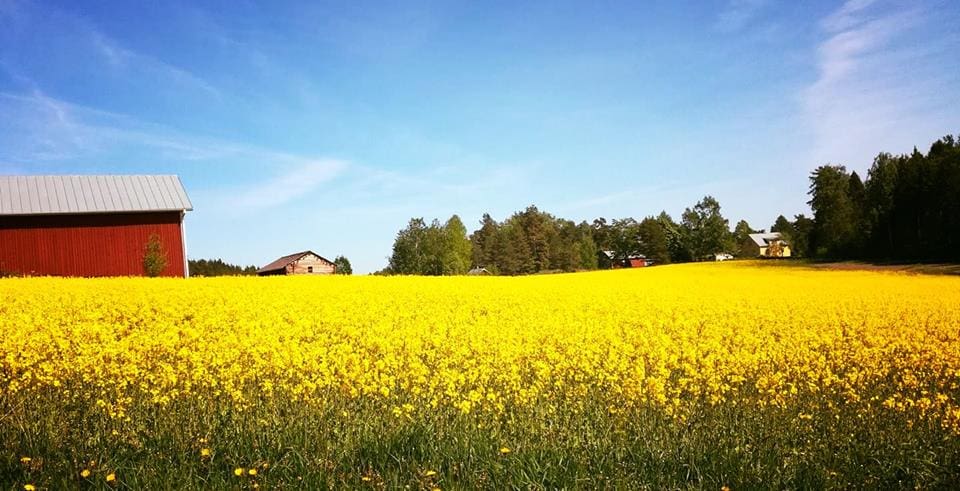 Our ride took us to Kemiö island and towards Turku. Helsinki – Turku trip can be done in under two hours on the motorway but we took all day…

Turku is a lively university city and a city popular among the summer tourists. Located at the mouth of the river Aurajoki, Turku is also a busy seaside town and true to the city’s heritage, we were staying overnight at a former steamship Bore, today operating as a hostel, located right next to the Turku Castle.

In the evening, you can following the river upstream on a leisurely walk for some 2 km towards the Turku Cathedral. On the way there are museums, river front and boat restaurants and bars and many events taking place during the summer.

Turku has also hosted Tall ships races earlier and will be hosting TSR again this summer 2017, 20th to 23rd of July, along with a music festival.

After a good night’s sleep, the morning ride lead us first to Naantali. Naantali is a picturesque old town and home of the Moomins on the island Kailo, very close to the nation’s president’s summer house Kultaranta. Naantali old town harbour is a great place for an ice-cream! 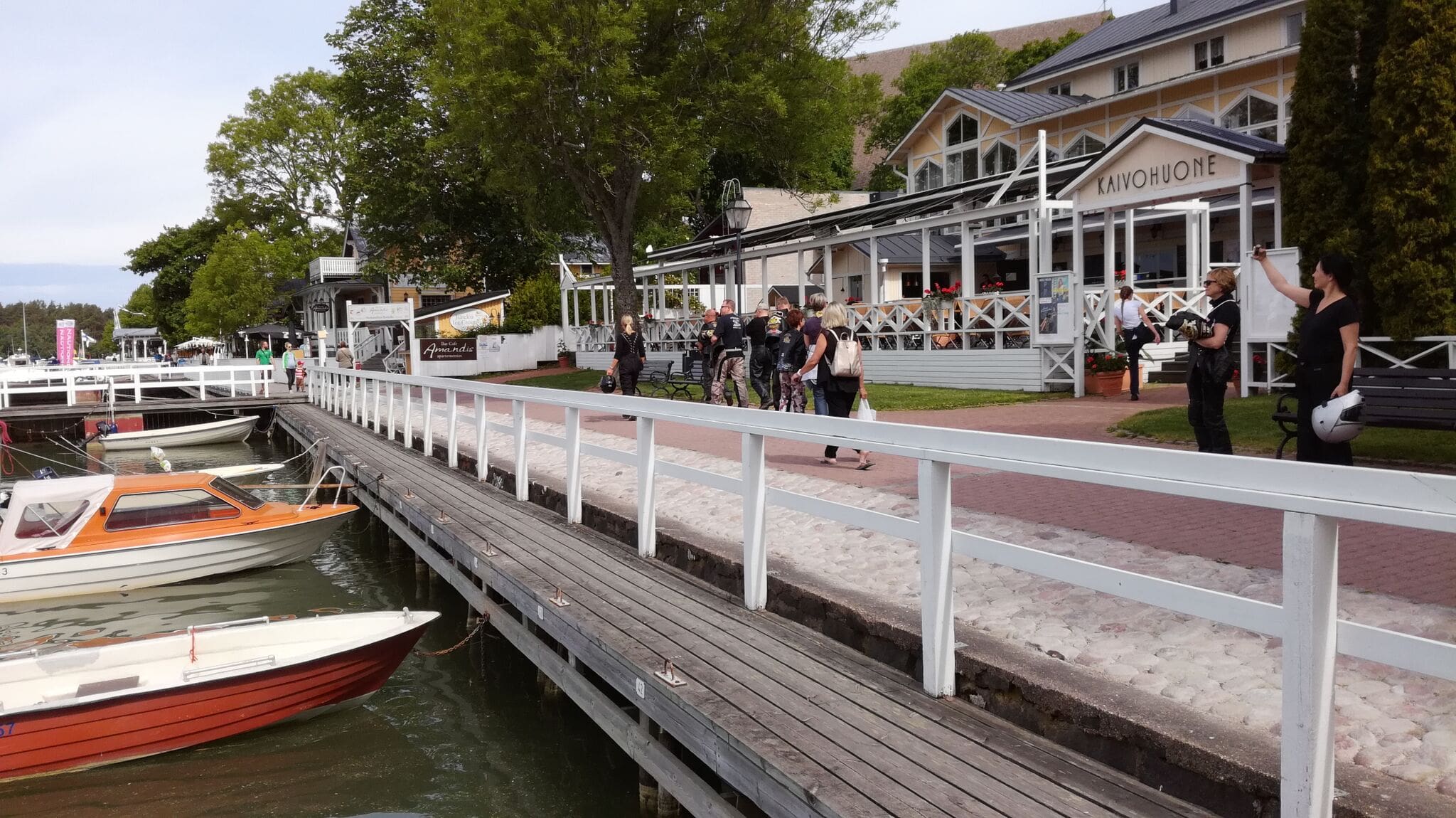 Just before Naantali, you will be passing the dockyards where some of the world’s biggest cruise ships were built. You’ll be able to see at least the cranes in the distance – the ships may be at the Caribbean although new ones are being built.

After the ice-cream in Naantali, continue along the country lanes towards the Louhisaari castle, completed in 1655. This is the  birthplace of one of Finlands national war-time heroes and former president Carl Gustaf Emil Mannerheim. Mannerheim was born here June 1867 and today the castle operates as a museum. 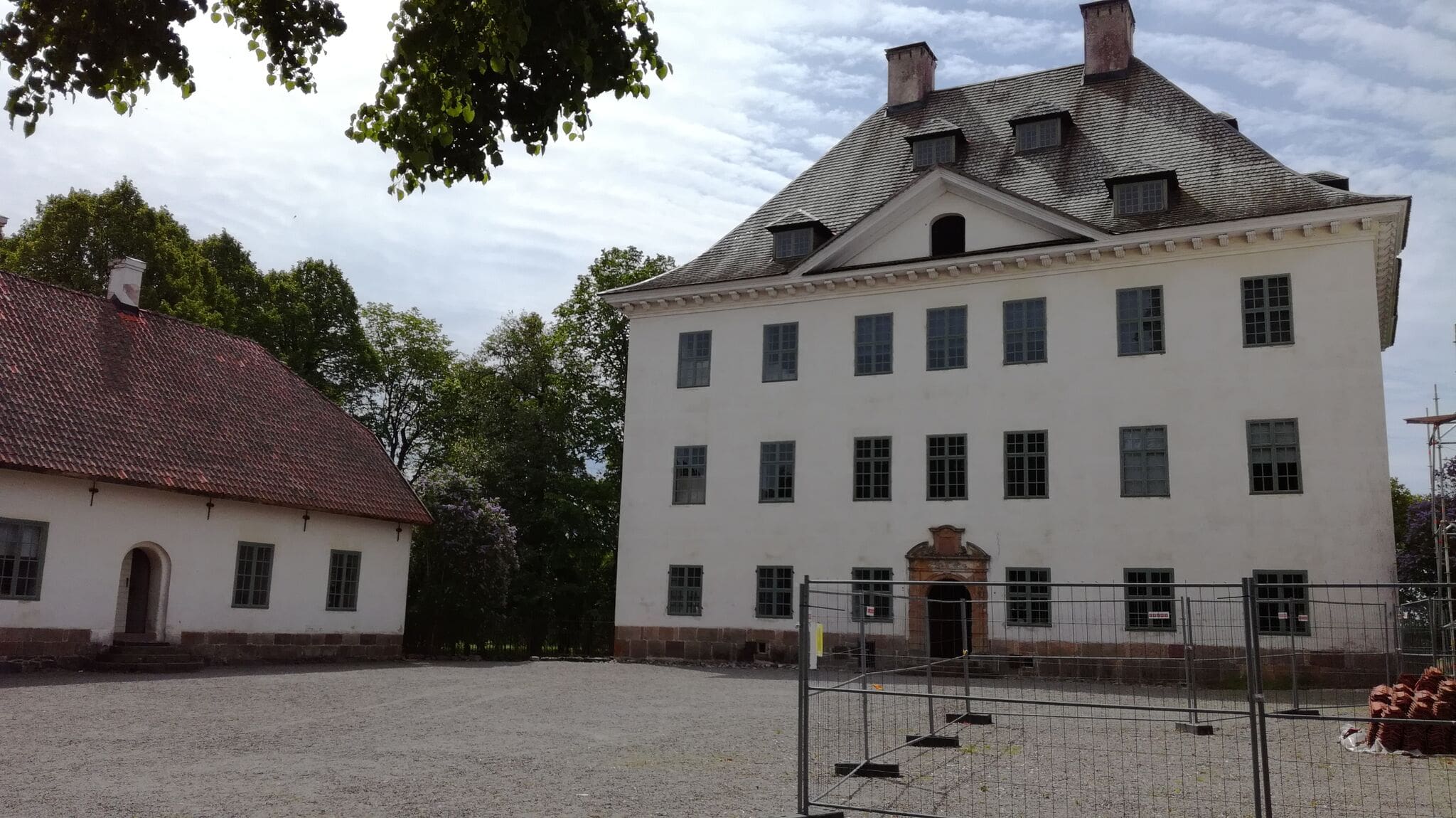 From Louhisaari, the country lanes lead to Rauma. Make sure to ride the roads along the seaside rather than the main road. Make a stop at Uusikaupunki city harbour for yet another coffee and ice cream before continuing to Rauma via the coastal road through the islands. Some gravel though.

Rauma is famous for its picturesque centre with old wooden houses, a very peculiar accent and their signature lace, which will be available in the town shops. Rauma is one of the seaside towns firmly associated with the sea, sailors and the most famous sea-shanties or sea-songs. There actually is a Donald Duck cartoon on Rauma language – Rauman giälel.

We stayed at the hotel Raumanlinna, which is just at the edge of old town and has new modern rooms, good breakfast and a large parking area in the back yard. Weather and time permitting, you also have an option to go an a sea cruise in the afternoon to Kylmäpihlaja lighthouse or alternatively a walk in the old town is a good choice. 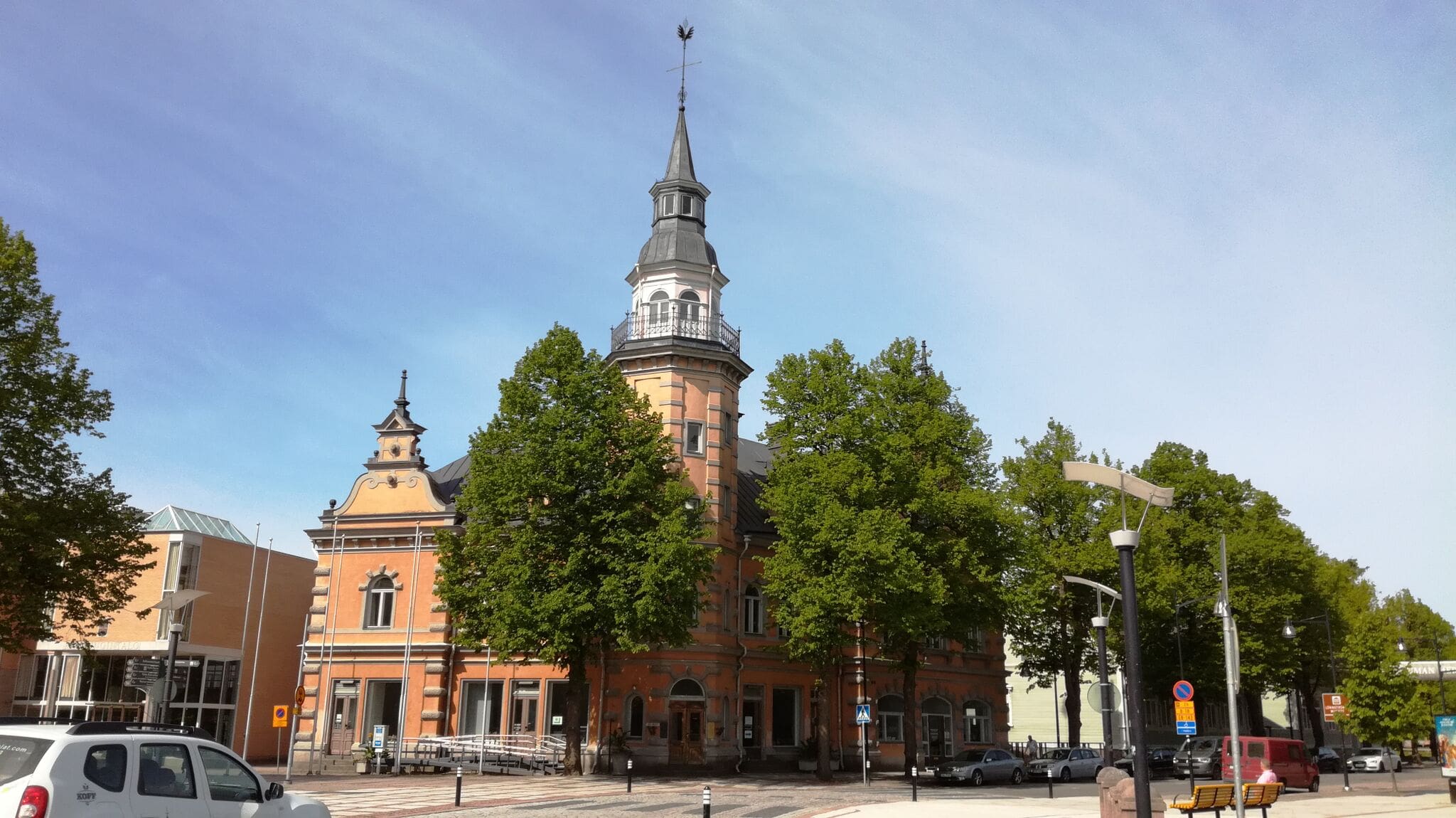 Our dinner was at restaurant Wanhan Rauman Kellari which proved to be a good choice. They also have a popular balcony/patio for pre/after drinks on the balcony. Must say they had the friendliest staff with great sense of humor.

After enjoying Rauma, we started to descent back to Helsinki, with first a photo moment at Porosaari camping. 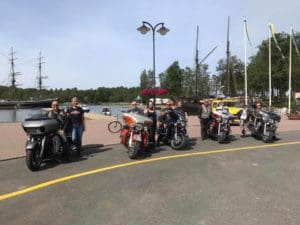 We were riding along winding country lanes past some of the main sugar producing areas in Finland past Säkylä (Rantatie – Beach Road), Somero towards Keppanakellari at Liesjärvi for lunch (www.keppana.com) . Keppanakellari is in the middle of nowhere and worth a visit. Just time it so that you are hungry, the food is tasty and portions substantial! In the summer, the place can be busy particularly at weekends.

Riding towards Helsinki round west, you can stop at Lahnajärvi, recently re-opened restaurant – or at Kasvihuoneilmiö, another peculiar   restaurant and shop for odd things (!). Perhaps an ice-cream dessert!

Near and in Helsinki you can treat yourself for a sauna and swim, virtually in the city centre or in many places around the capital. But that is another story…