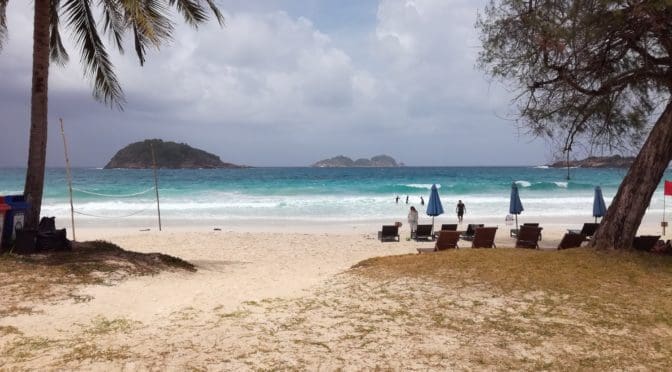 A boat ride away from mainland lies Pulau Redang. Our speed boat sails from Kuala Terengganu and the trip should take little over an hour in good weather – Which we do not have! 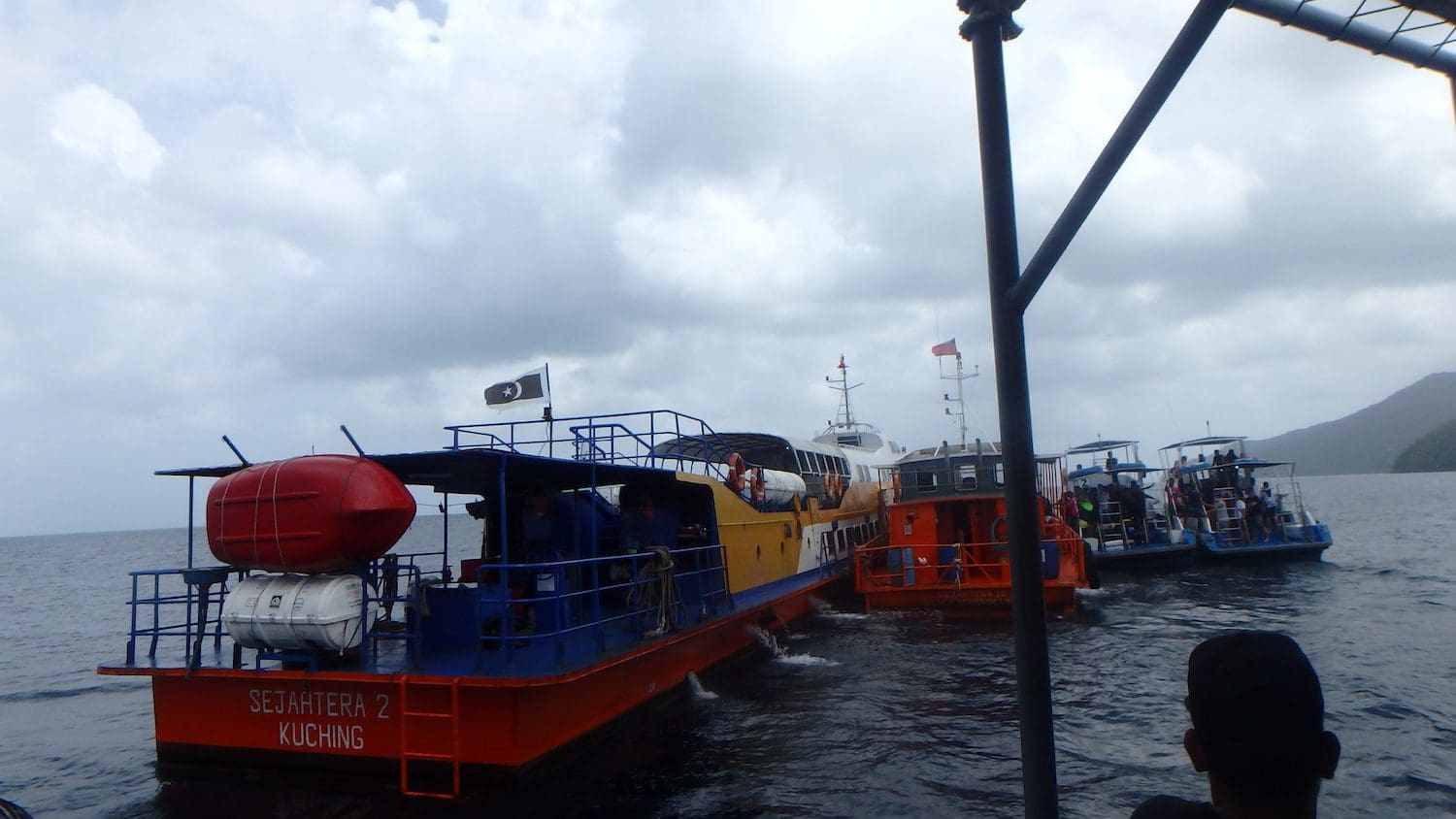 Heading outside the breakers in the harbour, the waves immediately show their power! I am a relatively seasoned sailor but sitting inside the tin can being tossed around made me a little apprehensive. 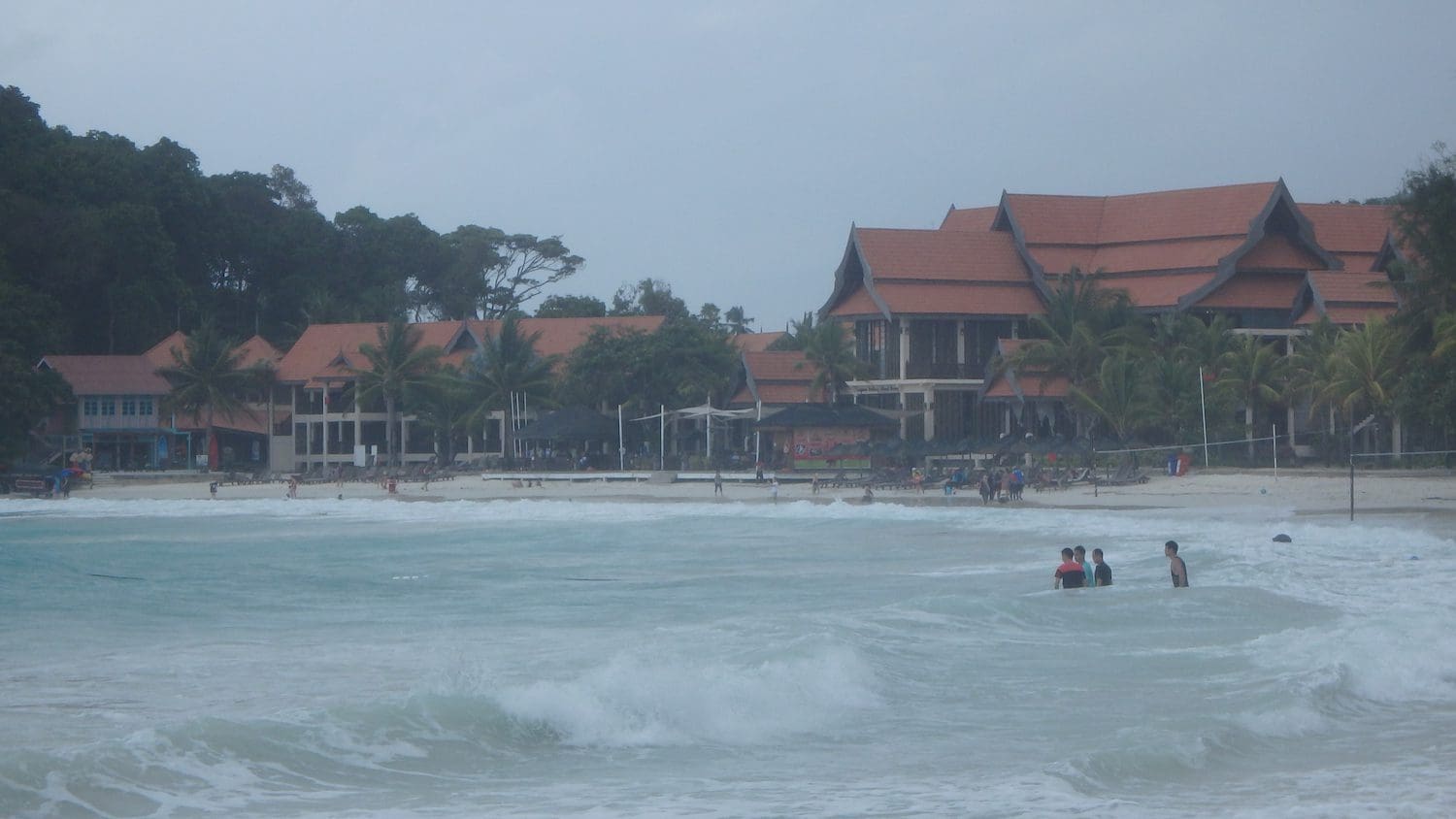 Eventually after the strenuous trip close to Redang, we changed to an open landing craft / ferry-type boat and eventually to a smaller speed boat taking us across the waves to the island. A further short ride on the back of a tractor to our resort where the jetty had been washed away by the waves – some four hours after embarking in Terengganu. 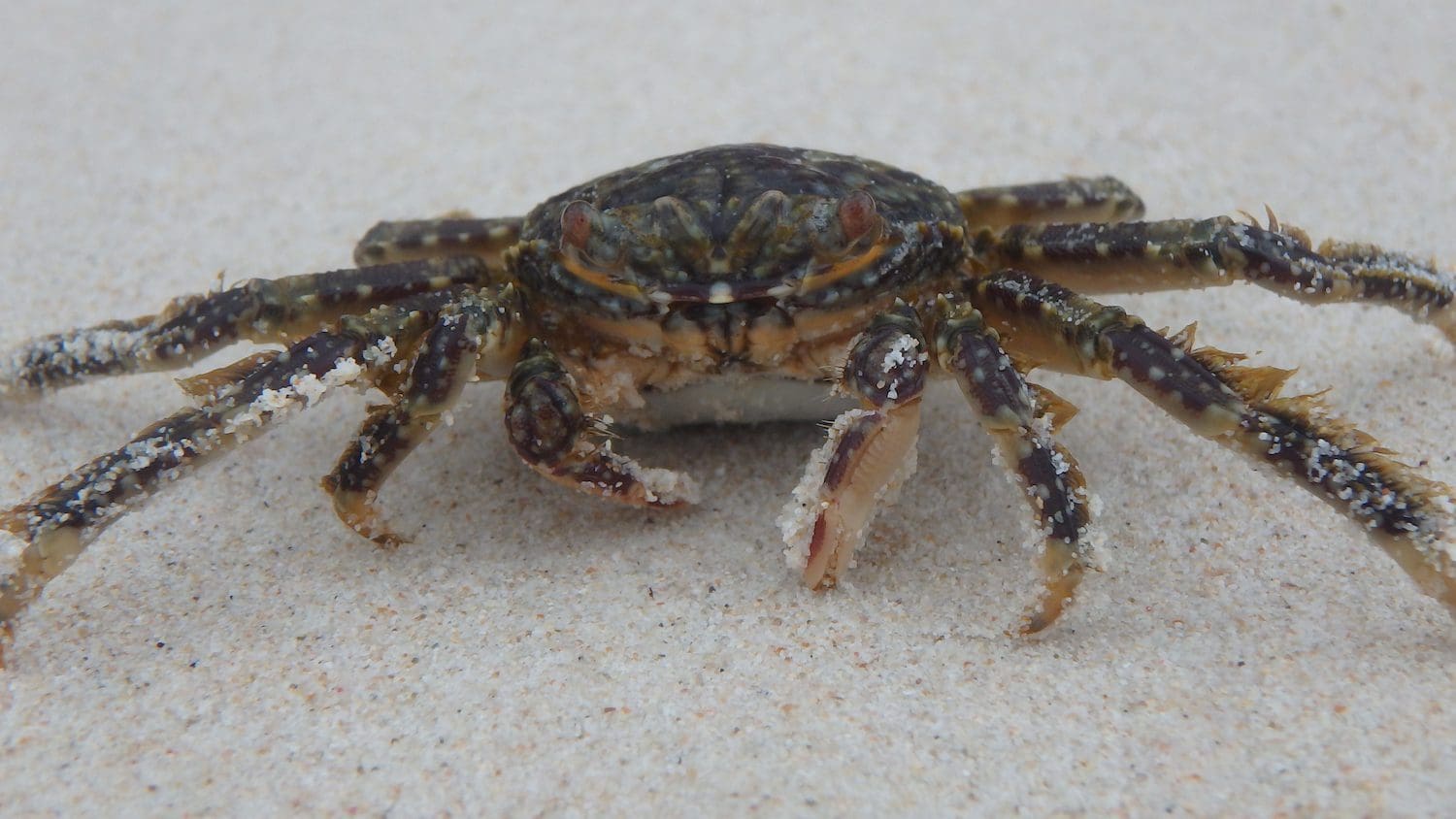 Well, the island is famous for its crystal clear waters and white sandy beaches. It is one of nine islands, which form a marine sanctuary park offering snorkeling and diving opportunities and is an important conservation site for sea turtles. 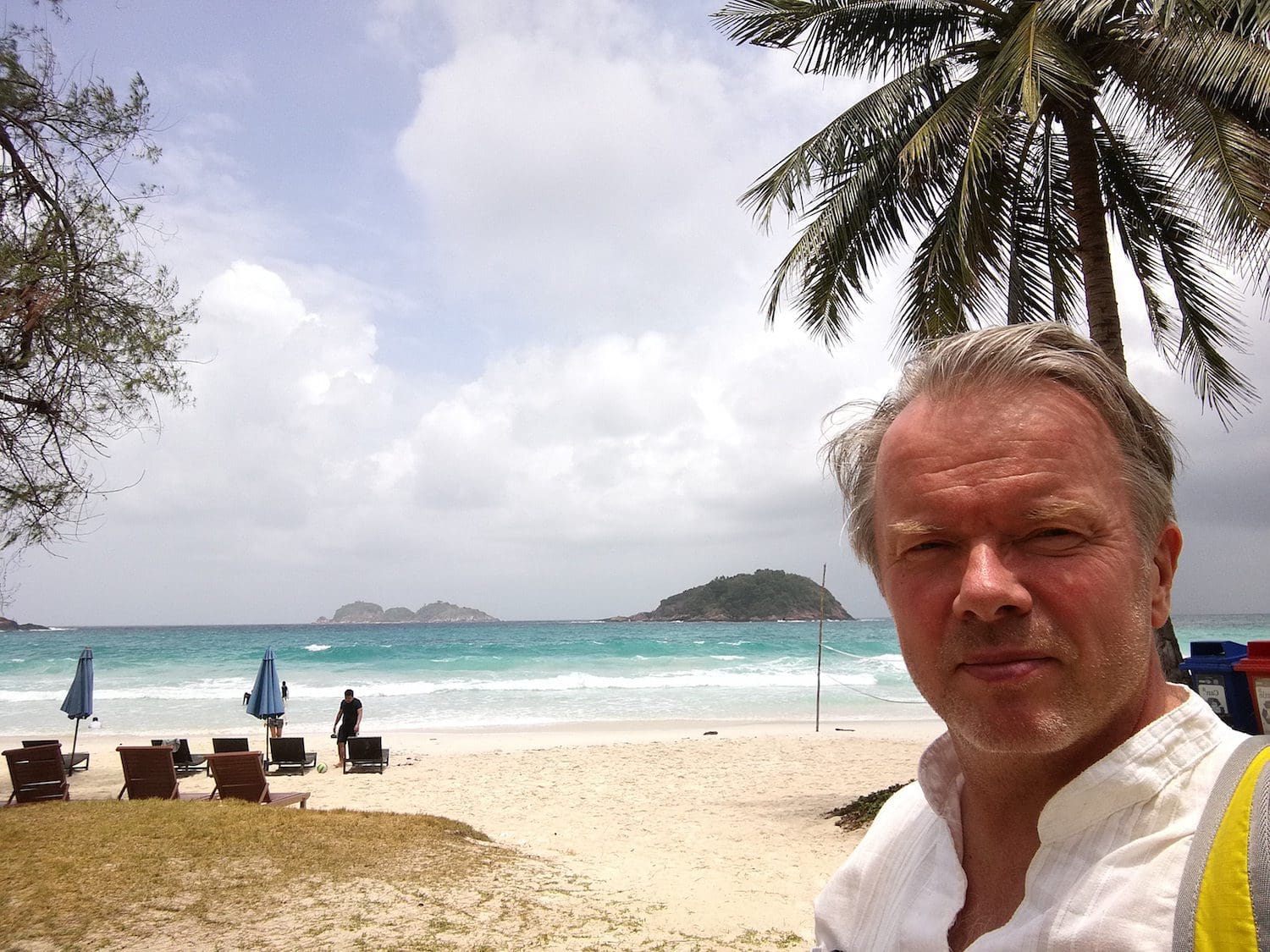 Due to heavy seas, no diving for us but instead, quad bike riding in the woods!

It is the most extensive hill station (read: hill town) in the country, named after William Cameron who surveyed the area late 19th century. Its eight settlements are all at elevations ranging from 1,100 metres (3,600 ft) to 1,600 metres (5,200 ft) above sea level. 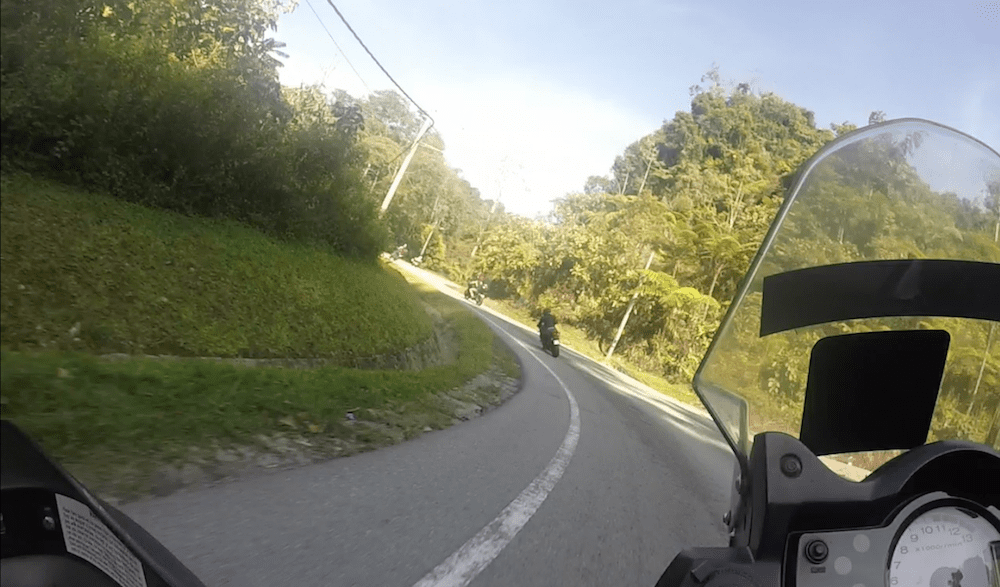 Leaving Cameron Highlands behind, our route took us to most fantastic smaller, winding roads. Adding great food at a biker stop and a tour to Genting Highlands made the day a perfect riding day.

Eventually we had to return to main arteries leading back to KL and to MMG base for the end of the ride satay!

What a great week it has been. Highlands, lowlands, rain, sunshine, sea cruise to an island resort, good food and good times with great people! Many thanks to all!

Malaysia has very good roads and general infrastructure and is well suited for even bigger touring bikes, still offering great riding roads. The choice of hotels is good for most tastes.

Touring another country on a motorbike is generally a personal adventure.  On this tour we did not do demanding or off-road adventure biking but stayed on paved roads. Though the roads were great winding roads with sweeping turns, they are well suited for anyone with at least some riding skills. Although in our group we had some very experienced riders, both track and touring, everyone enjoyed the tour.

The guys at MMG – Feizal, Zahed and Danial – did a fantastic job keeping everyone happy. They really provided a relaxed and safe general environment for the ride. 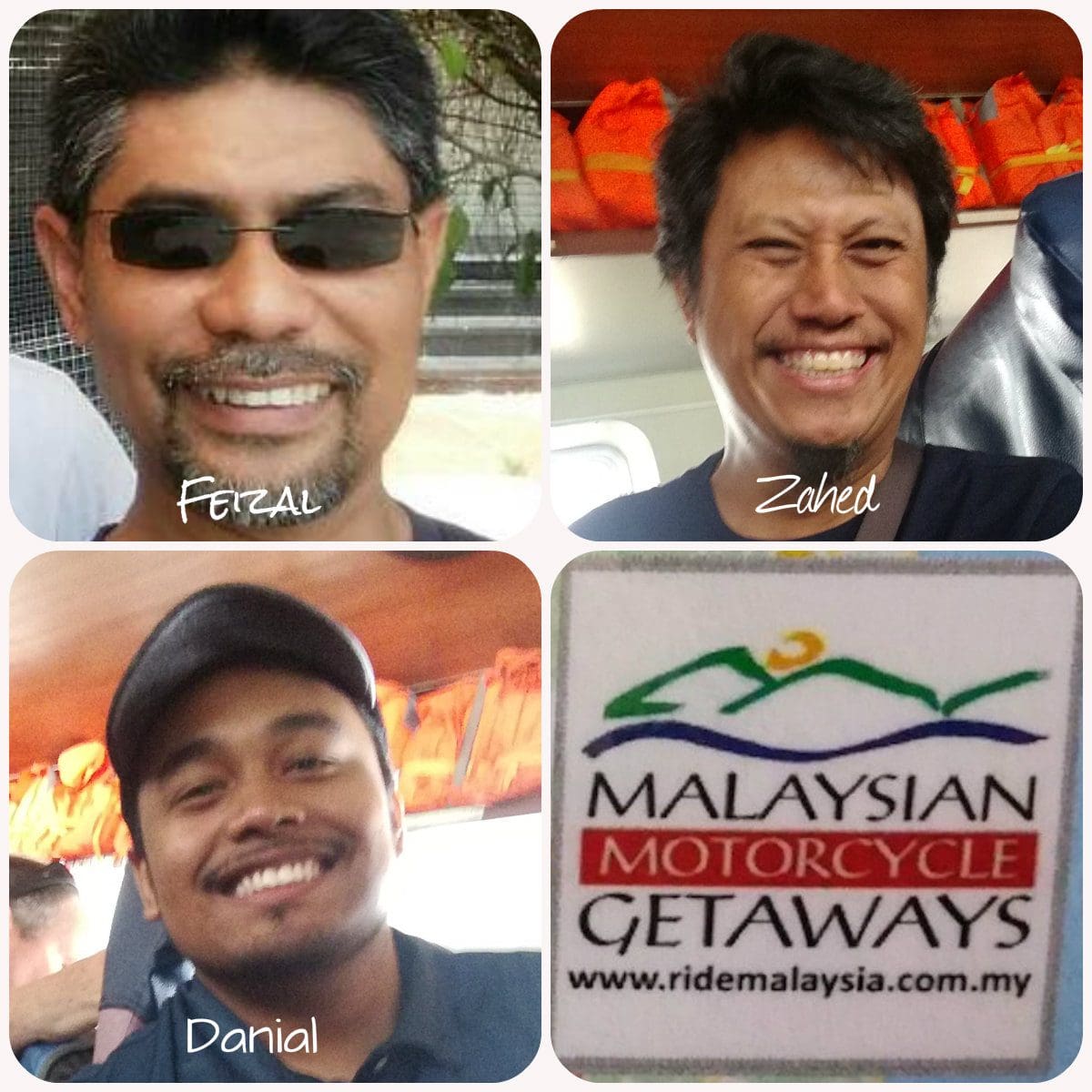 There are many providers for bike rentals and tours  in Malaysia. Based on this experience, even if you were a little apprehensive about riding in a more exotic location, I can recommend MMG to anyone dreaming of someday riding in Malaysia. To prove the point, most riders in our group were not first-timers with MMG!