Around the Borders of Thailand, Vietnam, China and Myanmar. 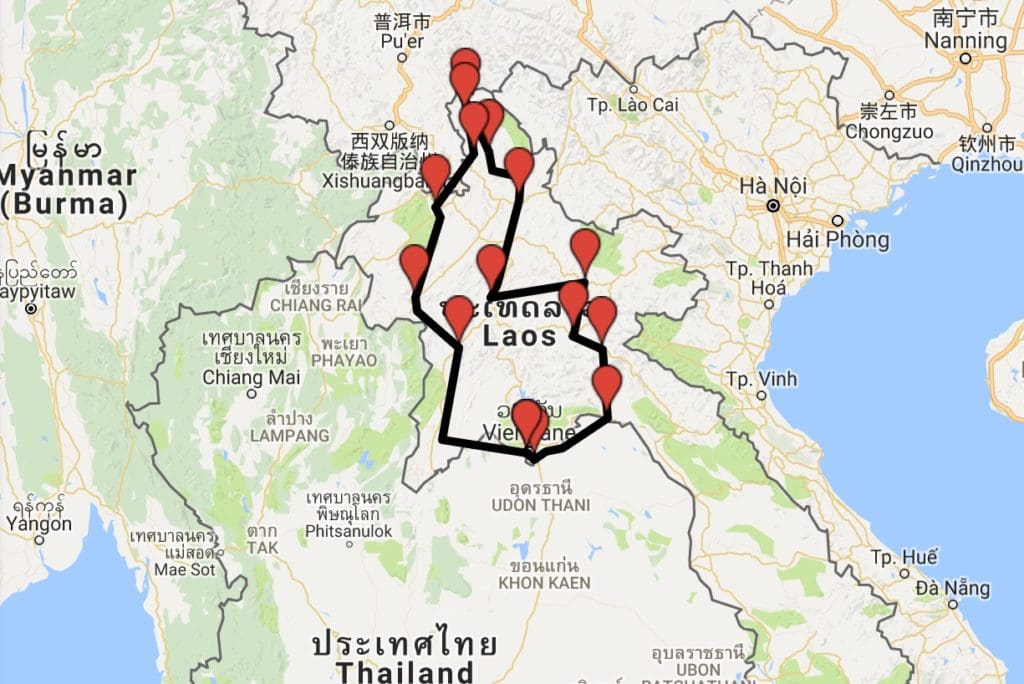 I seem to keep returning to the Mekong river. The river has crossed my path In Vietnam, Cambodia, Thailand and now in Laos. More precisely, the capital city, Vientiane. Laos is still relatively poor and isolated and one of the remaining Communist countries. Also described as ”Forgotten”.

Laos was first created as an entity in 1353, when warlord Fa Ngum declared himself the king of Lane Xang – ”Million Elephants”. Sadly, the number of wild elephants is today low, only about 700. Eventually, in 1975 the country was named Lao People’s Democratic Republic.

Laos is officially Buddhist, and the national symbol on the state seal is the gilded stupa of Pha That Luang in Vientiane – No hammer and sickle! True to the Buddhist tradition, in October 2016, some 10 kilograms of gold was placed on top of the stupa to mark its 450th anniversary since construction. Life in Laos has continued in much the same way it has for hundreds of years. In 1998 the government even declared “Visit Laos Year” – but despite their efforts monks still outnumbered tourists throughout the country. But things are changing… At least now there are some daring bikers among the monks.

The most heavily bombed country in history

Laos has a rich history of both local and colonial forces fighting over the rule. In the recent past, the country has been occupied a few times by the French, Japanese, Vietnamese (until 90’s) and both Soviets and Americans have fought there during the Vietnam war. 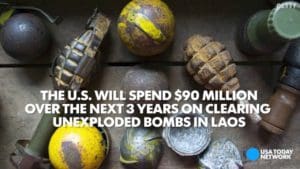 Between 1964 and 1973, the U.S. dropped two million tons of bombs on Laos, nearly equal to the 2.1 million tons of bombs the U.S. dropped on Europe and Asia during all of World War II, making Laos the most heavily bombed country in history. The New York Times noted this was “nearly a ton for every person in Laos.” Some 80 million bombs failed to explode and remain scattered throughout the country, rendering vast swathes of land impossible to cultivate and killing or maiming Laotians every year. The number of casualties vary by source from 50 to 300 per year. 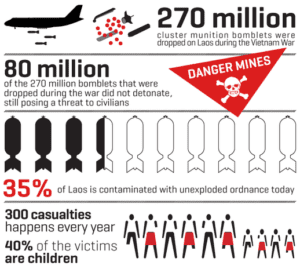 Vientiane, the capital and a former French trading post, is the biggest city in Laos with some 800.000 inhabitants. Wikitravel defines that today ”Vientiane is a laid-back, yet charmingly cosmopolitan village”. Vientiane marks the start point for yet another epic motorcycle adventure in Asia, this time in Laos. Can’t wait!