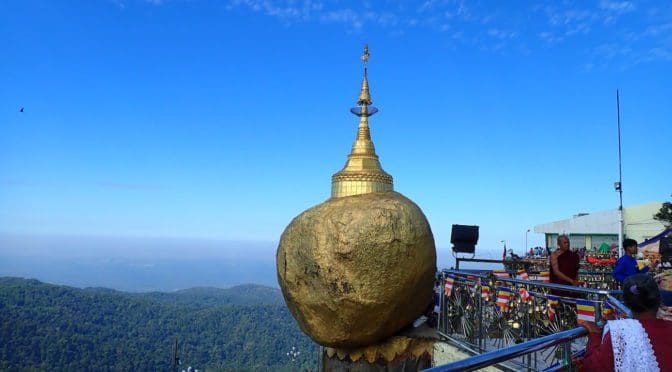 The legend is that this rock is held in place  balancing on a single hair of Buddha. 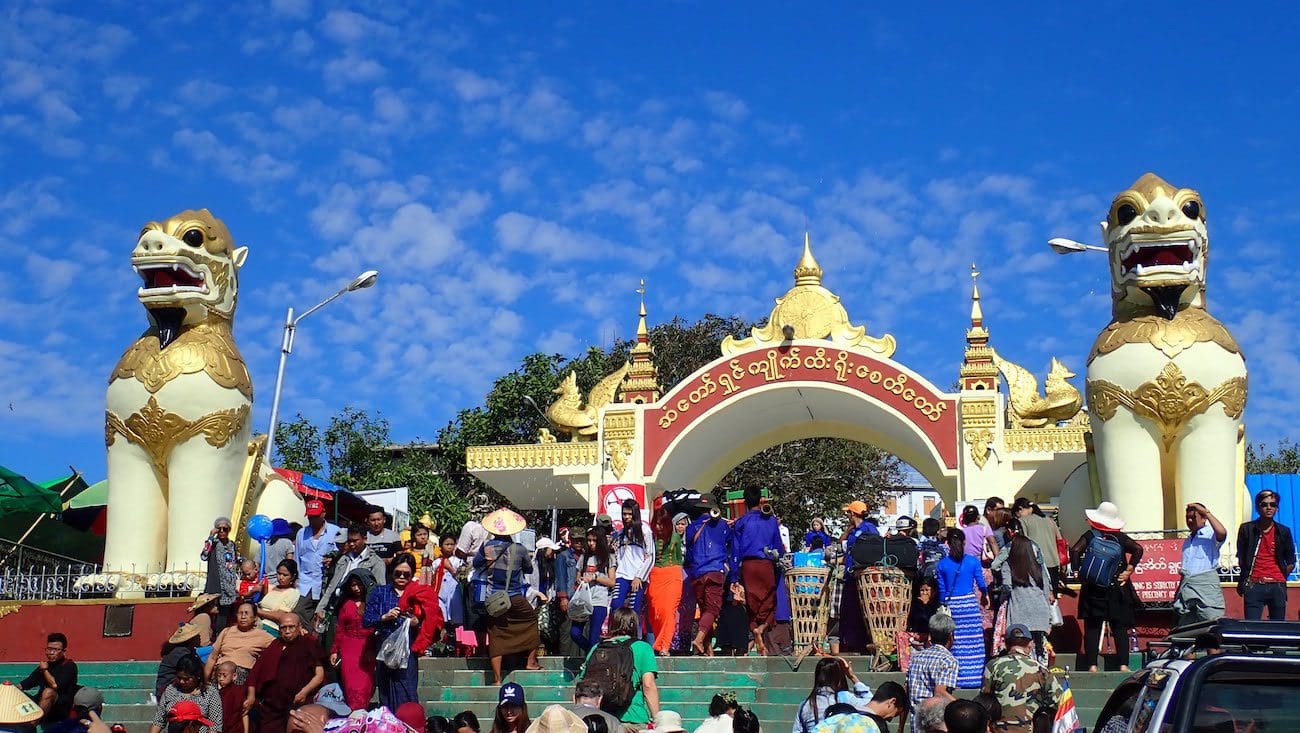 A very popular pilgrimage site for the buddhists, many coming from Thailand. Golden Rock is located in the Mon State at Mount Kyaiktiyo (Kyite Htee Yoe).

As in most holy places, it is strictly no shoes and as my shorts were just about knee length, I had to wear a local skirt-type cloth that is common for the Burmese men.

People  spend a day praying, eating and wondering the marvel.  The place is also very busy and takes a little time to get to.

First you will be taken half way up the mountain on a tightly squeezed lorry ride 6 aside on each bench.

Half-way up you can opt for a Kyaiktiyo Cable-car (like a ski-gondola) at a slightly higher cost – recommend the investment.

If you choose the truck ride, it is adrenaline filled on the steep climb up. 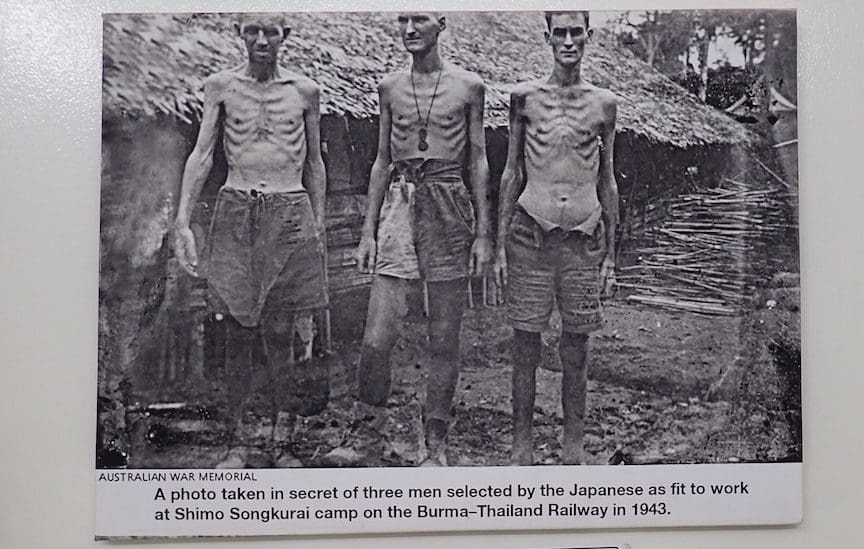 Also Australian, Dutch, British and American POWs were used to build the railroad.

Notably the film Bridge over the River Kwai tells about the railroad and there are several museums along the railroad line. 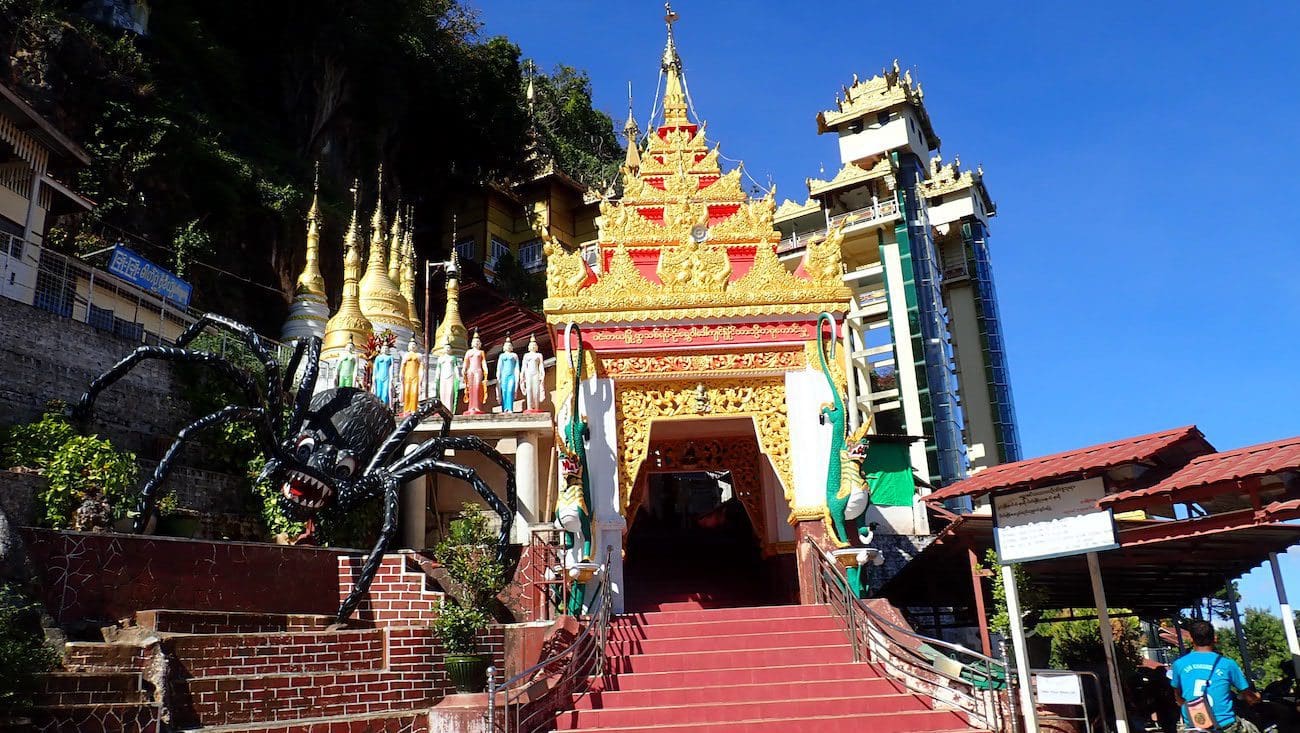 These very large caves contain some 9000 Buddha statues, earliest possibly from 1750’s. Many of the statues have the donor’s name on them. The statues are all different and interestingly, represent the time when they were donated. 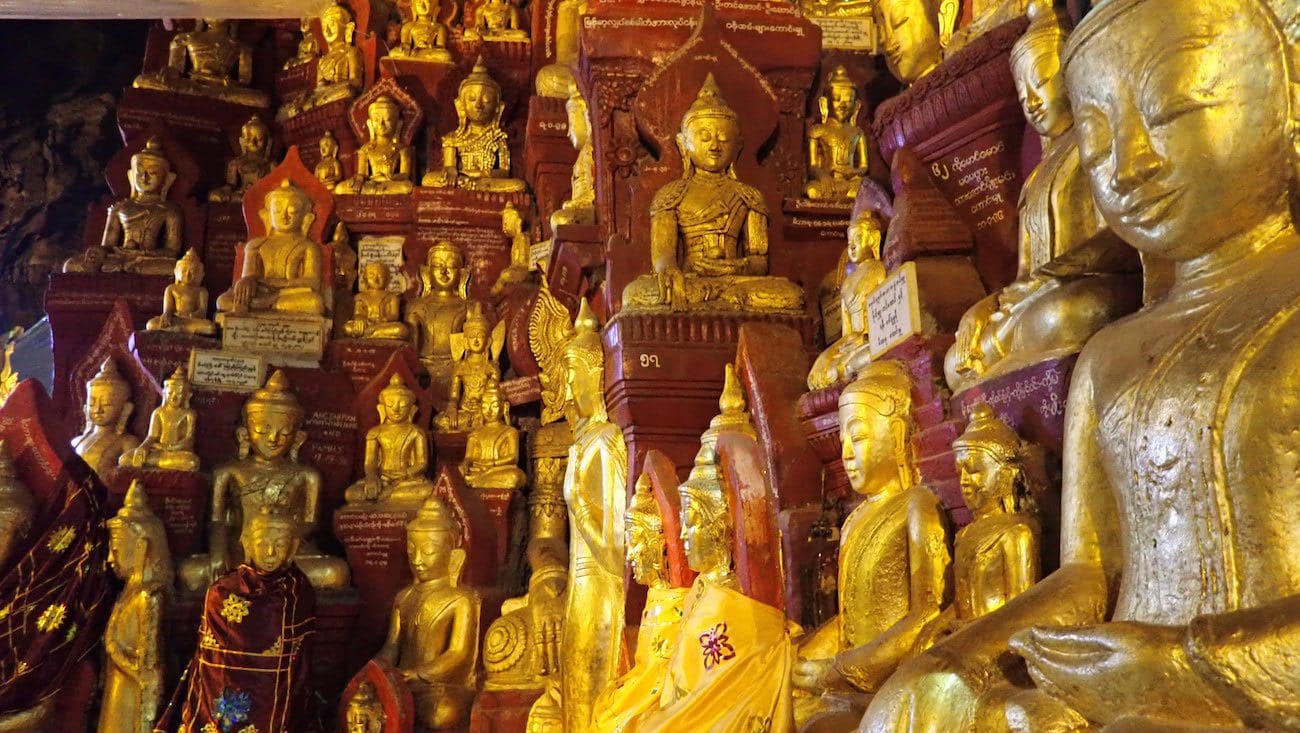 The caves are another popular tourist and pilgrimage attraction. Access to the caves is through a line of stalls selling food and memorabilia and on a lift taking you to a very nice view across the town of Pindaya. The actual caves available for a visit are some 150m long. Some areas you need to crawl to. 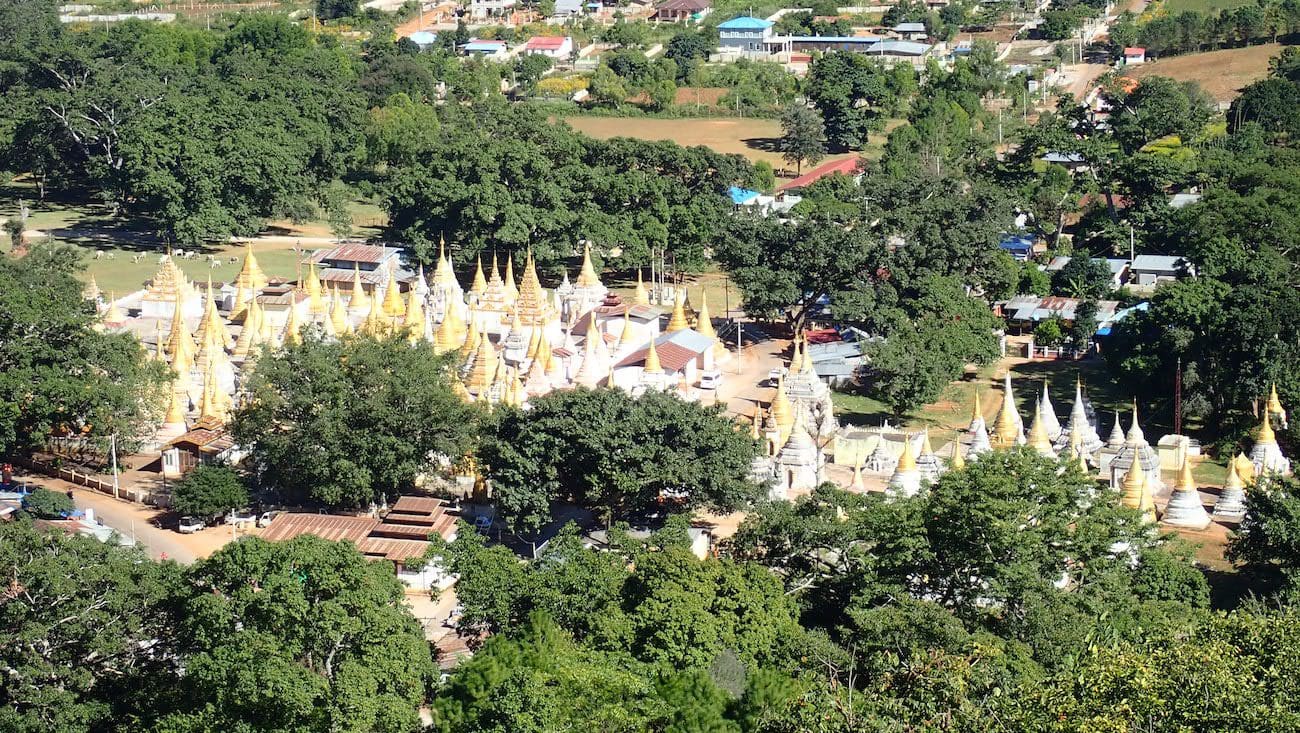 The other Caves, Stupas and Bagotas 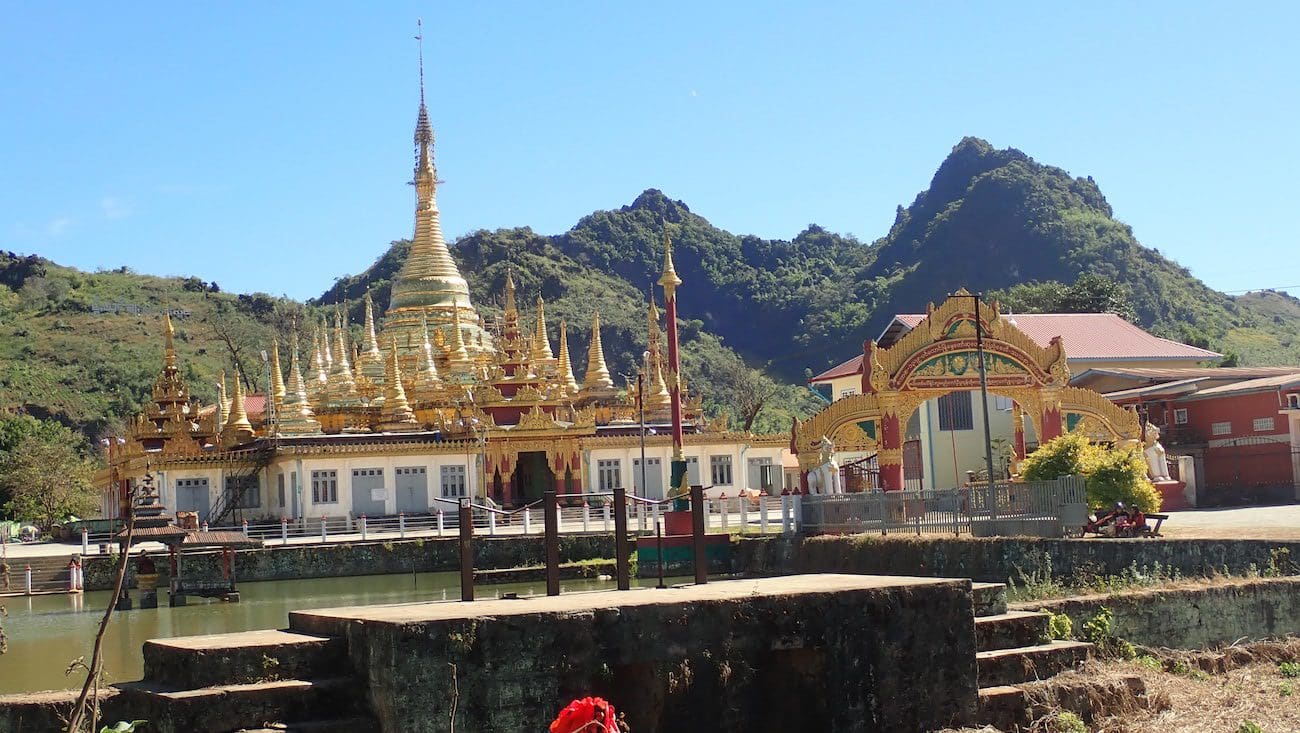 There are thousands of Buddhist sites around the country everywhere you go. They are in small towns, some in caves and some in magnificent natural formations. 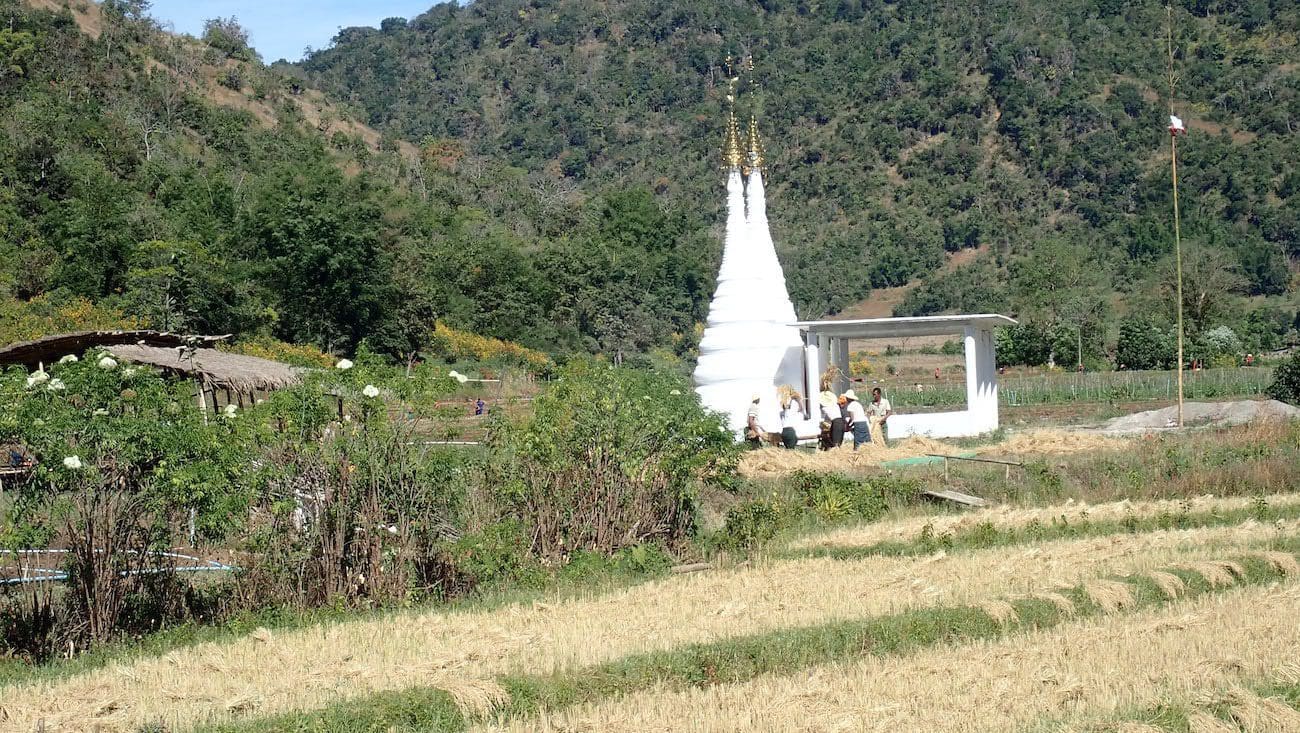 When you go to Myanmar, you will see them. Perhaps it is a good idea to include only some of the main sites in your itinerary and just see the rest as they appear along the route.