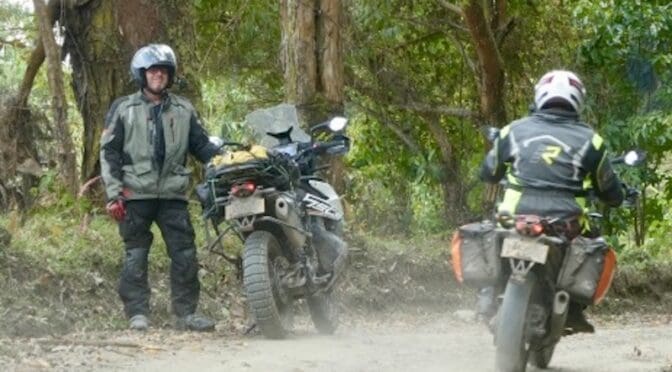 What comes to mind when you think about Colombia? For the adult generation it is most likely drugs (Medellin cartel and Pablo Escobar), coffee and FARC in that order. For the younger ones it may be the singer Shakira and world’s highest paid TV-actor (2019) Sofia Vergara.

While planning my ride in Colombia, it was clear that the country still greatly suffers from its drug infused past and is struggling to change that image.

While Colombia today is much safer than in the past, US travel advisory states: “Reconsider travel to Colombia due to crime. Exercise increased caution in Colombia due to civil unrest, terrorism, and kidnapping. Some areas have increased risk… Violent crime, such as homicide, assault, and armed robbery, is common.  Organized criminal activities, such as extortion, robbery, and kidnapping are widespread. While the Colombian government signed a peace agreement with the Revolutionary Armed Forces of Colombia (FARC) terrorist group, some dissident groups refuse to demobilize.”

On the other hand, the problem locations are well identified and only covers certain parts of the country. The internet is also full of praise by the motorcycling community. Some even calling it today “A safe haven for motorcyclists”.

Perhaps I should find out myself!

This time we were be a familiar group of riders, most of whom I have earlier been in many other exotic places. Our ride took place in March 2022 and started from Medellin, which most know as the town where Pablo Escobar founded and run the Medellin Cartel, and eventually died 1993.

Our ride took us to some fantastic places and like its people, also the landscape is fascinating. Highest mountain Pico Cristóbal Colón is 5730 meters high and the area we are riding was truly mountainous.

Our starting point was the famous city of Medellin and we would be heading geographically east and south of Medellin for our ride. The city itself is a popular tourist destination and a very lively place indeed. It turned out that our hotel was just at the party district and entertainment was guaranteed. The city however, also has a very rich history and great sights to visit. Botero sculptures and museums and churches to mention a few, not forgetting Pablo Escobar museum, parks, etc. After listening the tour guides, it is still a bit unclear who the biggest villain was, the corrupt police and politicians or the drug lord. Views vary.

These days Medellin has done a lot to abolish its image and public transportation is one of the shining examples. Metro system and most notably a gondola system taking people up and down the steep hills around the city, allowing easy access to the whole town for work, education and entertainment. This system has been adopted in many cities around the country, we noticed on our rides through some of the cities.

To begin with, the area for our ride was very mountainous and therefore all roads were full of curves and bends. Great start!

For a biker, there were basically three kinds of roads. Firstly, some fantastic smooth and clean tarmac stretches that were used also by heavy goods traffic. These roads can be very congested and the only way to move forward is filtering through the traffic and lane splitting. Particularly as there were several roadworks and lines that were miles long. Hitting an open stretch of road, high speed cornering and smooth riding was a hoot!

The second type of roads were also mainly tarmac but as many areas are geologically unstable, the road could have sinked or risen suddenly for more than 30 centimeters or as often the case, could be missing any proper surfacing at all. These may come as a surprise or there could be a speed limit of 20 or 30 km/h giving indication that something strange is ahead. For obvious reasons these roads had a lot less heavy traffic and were quite entertaining to ride.

The third and the road we used the most, was an unpaved mountain road that was often really hard to ride and just full of rocks and steep inclines and declines. With slippery deep mud in the middle, as it rains a lot. Average speeds around 20-30 km/h. A stretch of 100 km could take more than five hours to complete including mandatory drinks breaks.

Temperatures varied a lot from 35c and sunshine on one side of the mountain and 10c and rain on the other. Mountain roads climbed to 3000 – 3500 meters and views over the forming clouds were amazing.

The geological instability seemed to be due to volcanoes, end we stayed several times at a thermal spa hotel for some hot baths. Highest hotel was at 3500 meters at Termales del Ruiz.

Time of season for a ride

As Colombia is close to equator, riding around Medellin is all year round. The climate is very stable around the year. Apparently only eastern parts of the country suffer from rainy season and October – January the area may be impassable even by a motorbike. Having said it, it does rain a lot and we saw some rain on most days.

Notes from the road

Heading out of Medellin, the traffic is heavy but the roads are very good and nice to ride. Very soon the scenery turned into the lushest green I ever saw. Heavy rain and finally the muddy road gave me a good chance to get to know my ride, the KTM 790.

Our first night was spent at a thermal spa, Termales Espiritu Santo. Nice hotel where the room had large windows but no window glass or shutters! Lucky I had my insect repellent with me.

Ecohotel La Cachaza was only accessible by boat. This had the densest jungle I have seen anywhere, and again, unbelievably green. After a hard day it is often time to dry our clothes but here, if you hang your dry clothes for the night, they will be wet in the morning. Very humid indeed! And the sounds of the jungle! Loud and exiting!

The road from Cachasa to Florian was very hard and took 9 hours to cover 280 km. There were stretches that had tarmac but mainly the road was just rocky. Heavy rains carve all the sand away between the rocks and all there may be left, are the rocks.

Why some stretches of the road were paved was never clear to me. Nothing obvious, a town or something on the road.

At Terrazas de Guadalupe we had a rest day for recovery and relaxation. Quebrada Las Gachas is a natural phenomena with a series of plunge pools – Giant’s kettles – on a shallow river bed. Great outing to see something that one does not see often. Some of the kettles are so big that you can plunge into them without your feet touching the bottom.

In the small town of Muzo, evening beers were limited due to parliamentary elections taking place on Sunday. Serving beer was stopped at 6PM on Saturday to secure the elections would run smoothly, as they did as much as we could observe. Polling stations were full of people and festive clothing was worn to mark the occasion. A day of celebration for many.

Near Honda we visited the Armero ruins. The now a ghost town, was destroyed on 13 November 1985, after an eruption of the Nevado del Ruiz Volcano and mudflows that buried the town killing 23,000 people.

Salento is a popular tourist town for a good rest day.  Salento is accessible even by air and tourist business flourishes.  The town is picturesque with colorful facades and again steep roads and central square. Here you can visit coffee plantations and do the touristy stuff, buy coffee and souvenirs if you have space in your luggage.

Ride to 3500 meters to Termales del Ruiz ended with yet another steep incline on a rocky mud road. It is amazing though, how lush and green it is even at that height. The water here had more sulphur than in our earlier thermal spas. The smell was noticeable and water burned the eyes. Staying overnight at this altitude also caused some symptoms such as light dizziness in the morning.

Negotiating some of the large road works on main roads requires nerves. Observing the locals, gives a good indication on how one is expected to ride. In our case the ride to our next stop, Jardin, was cut short by a landslide about 40 km before the town.

This added nearly 200 km to our journey, had we been able to complete it. The detour took us to huge roadworks and massive traffic jams, resulting in two punctured tires and a distress accommodation in a road side hotel.

Things happen on the road and apart from one broken collarbone on day 2, this was the only time we had to alter our plans during the entire trip, so not that bad after all and the hotel with a pool was nice enough. BTW the collarbone was operated in a local hospital and according to the patient, care was excellent and he was able to join us again later in Medellin.

The ride back to Medellin was another push through the heavy goods traffic on the highway and city traffic in Medellin. Farewell beers were well deserved and everyone was happy having seen some of this this beautiful country. People are friendly and we visited some remote small towns and places on the road that one would never see unless traveling on a motorbike. 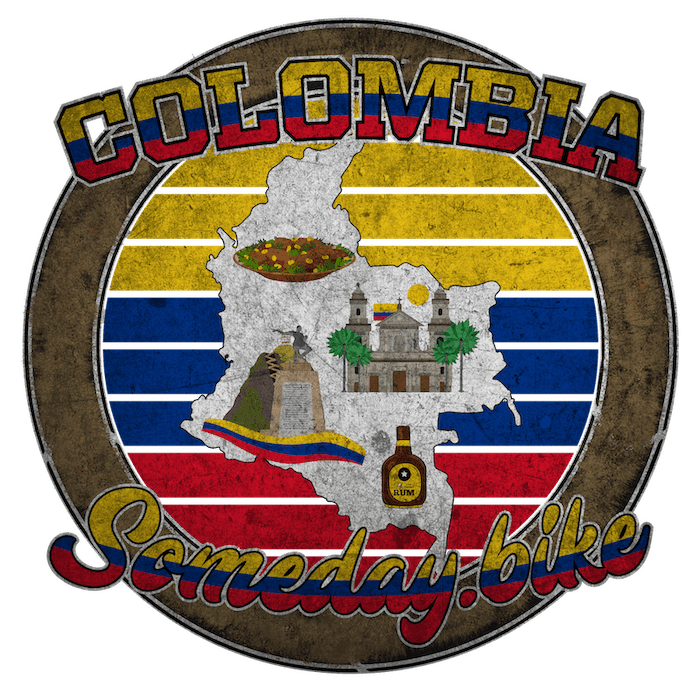