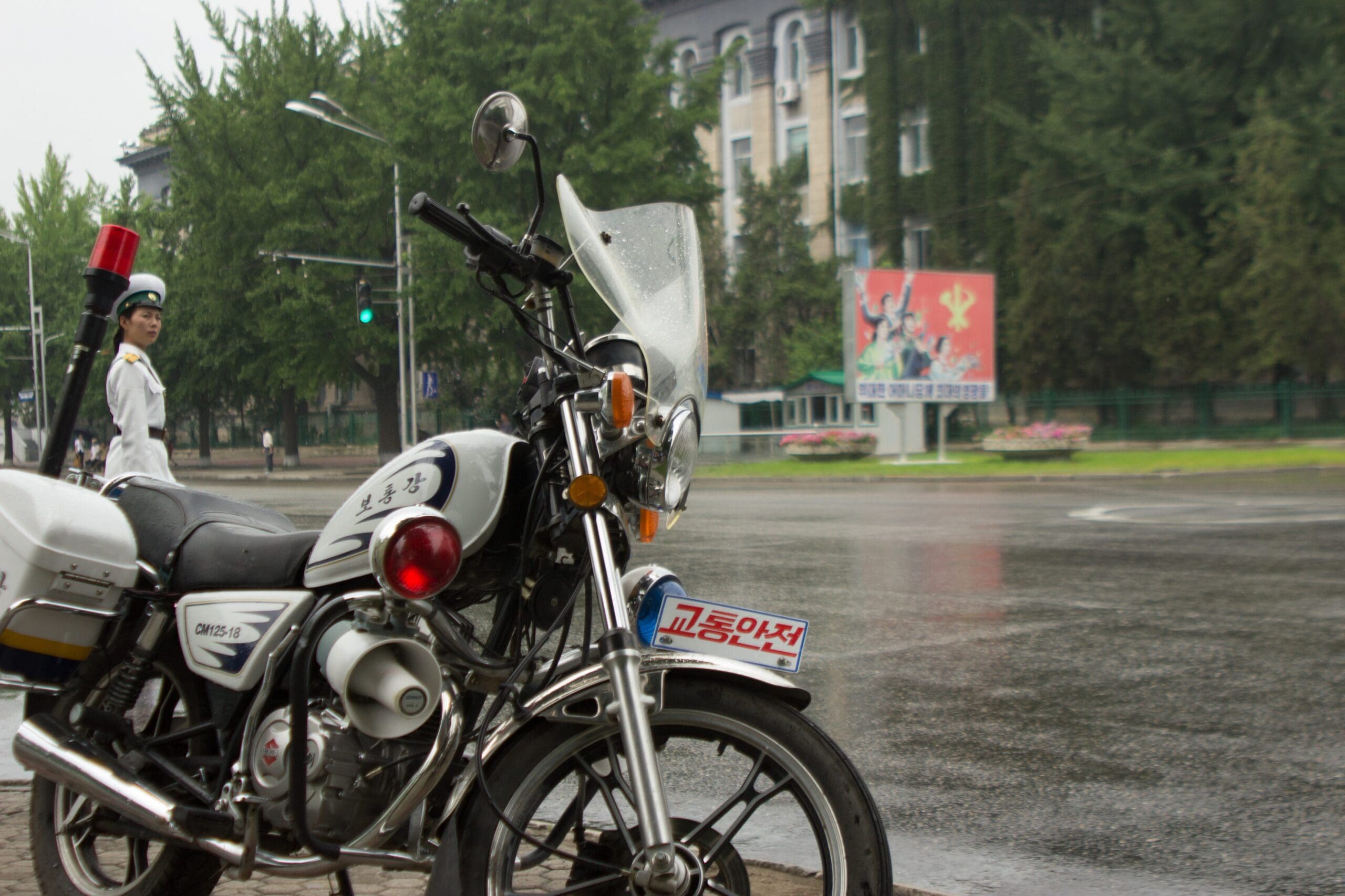 North Korea – Democratic People’s Republic of Korea – may be one of the least likely motorcycling destinations. As the country is relative closed and difficult to get to, I thought you might like a rare glimpse of some of the working bikes. Motorcycling in DPRK is not nearly as common among the ordinary citizens as in many other Asian countries.

According to the popular propaganda, DPRK is proud for the blue skies and virtually no traffic to pollute the environment. China in particular is strongly pushing for electric bikes and that may be the direction in North Korea as well.

Electric bikes could be practical since people are not free to travel across the country and therefore the shorter milage would be acceptable. There are also control posts along the roads to check the appropriate permits, efficiently limiting leisure riding. The future of motorcycling may just be electric, providing one has electricity, which also is a rare commodity at times even in Pyongyang.

Judging by the roads, there is plenty of space to ride. Roads are wide and particularly in Pyongyang, usually in good condition. The roads outside Pyongyang would in many places also be more suitable for motorbikes than cars, trying to avoid potholes. The most popular mode of transportation is a bicycle. Motorised vehicles are sometimes difficult to categorise, as they may be self built from what was available – again not uncommon in Asia. Though Pyongyang has modern cars, the practical mode outside the town is a Jeep-type 4X4. Or the old Russian and Chinese vehicles capable of traveling any terrain.

Most often public transportation would be by bus, on the back of a truck and particularly in Pyongyang, an electric trolleybus, tram or even the underground metro. Metro stations are truly grand and have actual train dispatchers on the platform!

All photos by: Tom Bateman, Sakari Mesimäki and Reijo Mesimäki. Tom’s shot of the kid on the trolleybus is a master piece!