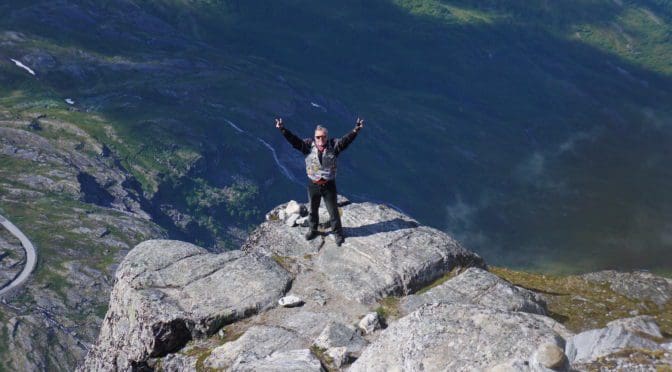 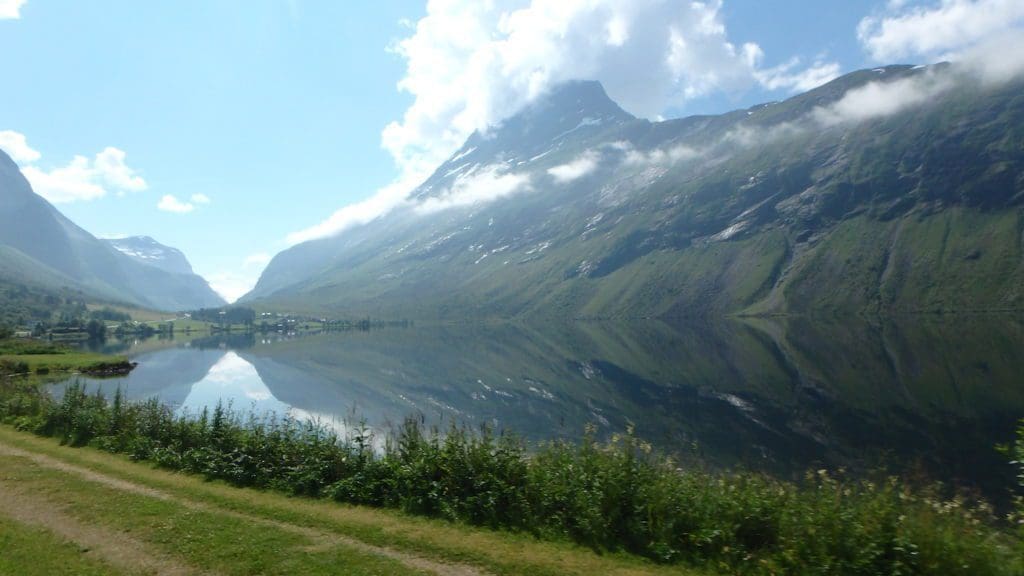 Norway, New Zealand of the North!

Norway must be one of the most scenic places on earth to ride a motorcycle. The mountains and fjords are magnificent and the small towns picturesque with typical colorful houses. The closest I can think of, in terms of landscape, would be New Zealand. But NZ is half the world away. Literally! So, go Norway!

Our route started from Skarsmoen Gård near Lillehammer and took us first through Romsdalen valley to Trollstigen and eventually to Olden for a fantastic hog-roast. This was a rare treat as the roast was prepared in traditional way by the local Moto Guzzi riders at Rokken Guzzi Lag. This was a proper whole pig roasted on open fire and served with locally made corn beer. What a fantastic evening indeed!! Thank you so much guys, truly appreciated!

During the evening in Olden, thunderstorms started and torrential rain washed away many roads we had planned to ride south on. Combined with some mechanical issues, circumstances forced us to stay in the middle parts of the country.

Our designed route  would have taken us in the middle of a natural disaster. Feel sorry for the people in the area. Check the video in the link.

For a moment, life seemed to be offering some sour lemons. Well, it all turned out to be sweet lemonade as we ended up exploring the Norwegian Hytte-culture and visited some of the prettiest towns in Norway, Ålesund and Kristiansund in glorious sunshine. And we met some truly great people!

Trollveggen, Trollstigen and Geiranger are a must. Trollveggen is the highest vertical drop in Europe 1100m straight down (or up?). Favourite among base jumpers!

Trollstigen is a bendy road up the hill in true alpine style. Some great viewing platforms have been built and they are certainly worth the short walk.

From Trollstigen our road lead towards Geiranger fjord and fantastic views. Later in the summer, after the snow has melted, you can also visit Dalsnibba, Geiranger Skywalk, which is the highest view to the fjords at 1500 meters. 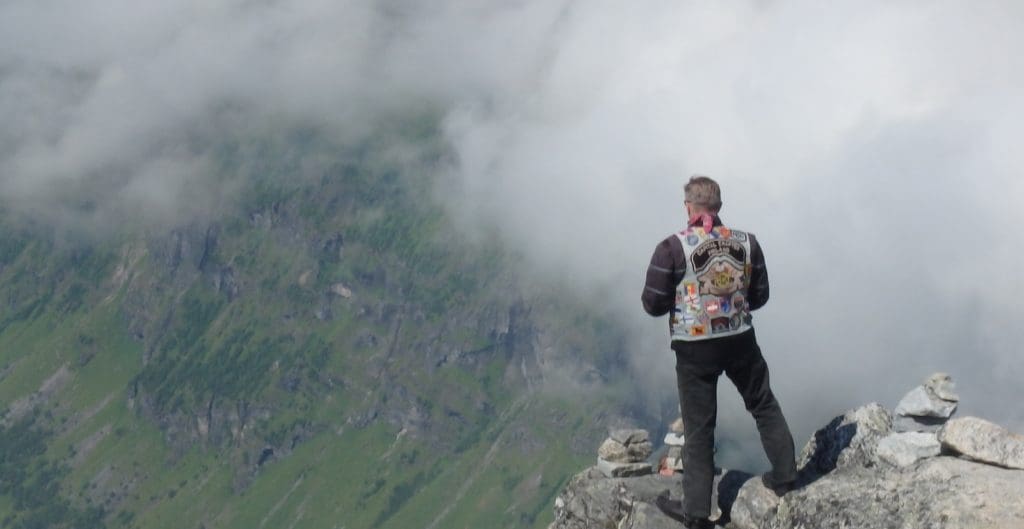 Ålesund is where we made a lucky(!) de-tour after rain having washed away roads.  More importantly though, the de-tour was due to some mechanical issues with my bike. I must mention the good job  Kjetil and the guys at AMS Motorsykkelsenteret made in getting me quickly back on the road.

Ålesund is a truly picturesque, colorful seaside town. The best views are at Fjellstua viewpoint, which also has a great restaurant with magnificent views of the town. Of course, Norwegian Klippfisk is on the menu! Must try!

Kristiansund is another seaside town worth visiting. For what I have seen, probably all Norwegian seaside towns are worth stopping!?!

In Kristiansund Alf was greeting us at his house and made us specially welcome after having painted a Finnish flag on the side of his house! Right next to his favourite football club Arsenal logo!

Atlantic Ocean Road  along the western coast is a road in the outer islands of Norway. This is a popular route and offers again some great views of the ocean. From here we continued to Hodalen for some Hytte-living and a traditional Norwegian Spekemat.

“Spekemat” is salted and dried meat from pork and sheep. With Spekemat we had Flatbrød, local very thin bread and sour cream porridge called Rommegrot and scrambled eggs.  Washed down with beer. Apparently a traditional Christmas delicates but very good also in the summer!

When planning your trip to Norway, it is a good idea to check Ride Norway pages for some top tips for your ride.

The mountain and fjord roads have many long tunnels, all free.  Ferries have a small charge.

Road surface is generally very good, although the roads are narrow and traffic is usually very slow paced due to low speed limits, which people also adhere to.

Speed limits are often not sign posted and you need to know the general limits yourself. Prepare for some unintentional selfies, speed traps are frequent and only the end of lower speed limit is signed but not what the new speed limit is – Perhaps a Norwegian practical joke?