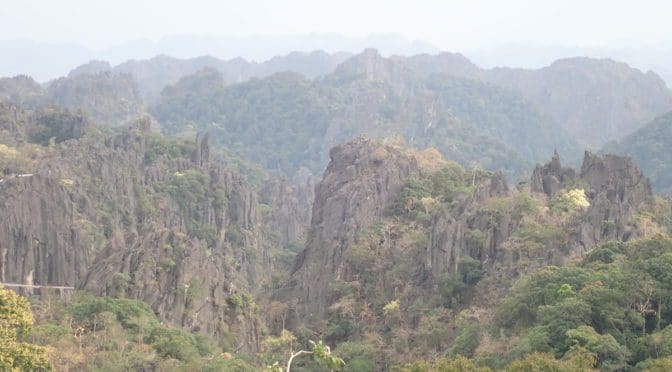 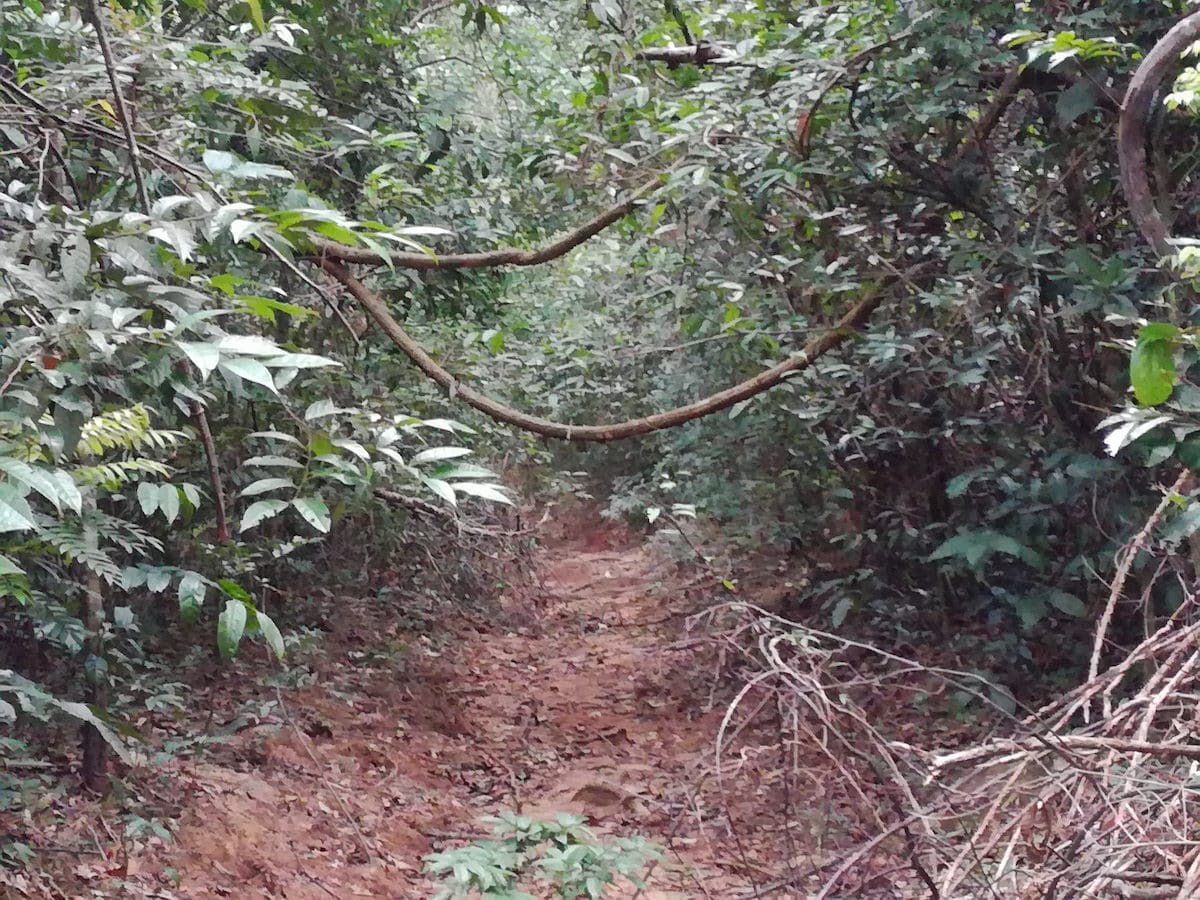 Jungle trails on Ho Chi Minh Trail in Laos vary between barely a single track in the bamboo forest to a newly built logging or mining road for trucks. This time of the year however, after the rainy season, most of the jungle roads have been washed away and only some main national roads can be driven by cars. So we spent days without seeing a single car on the road! 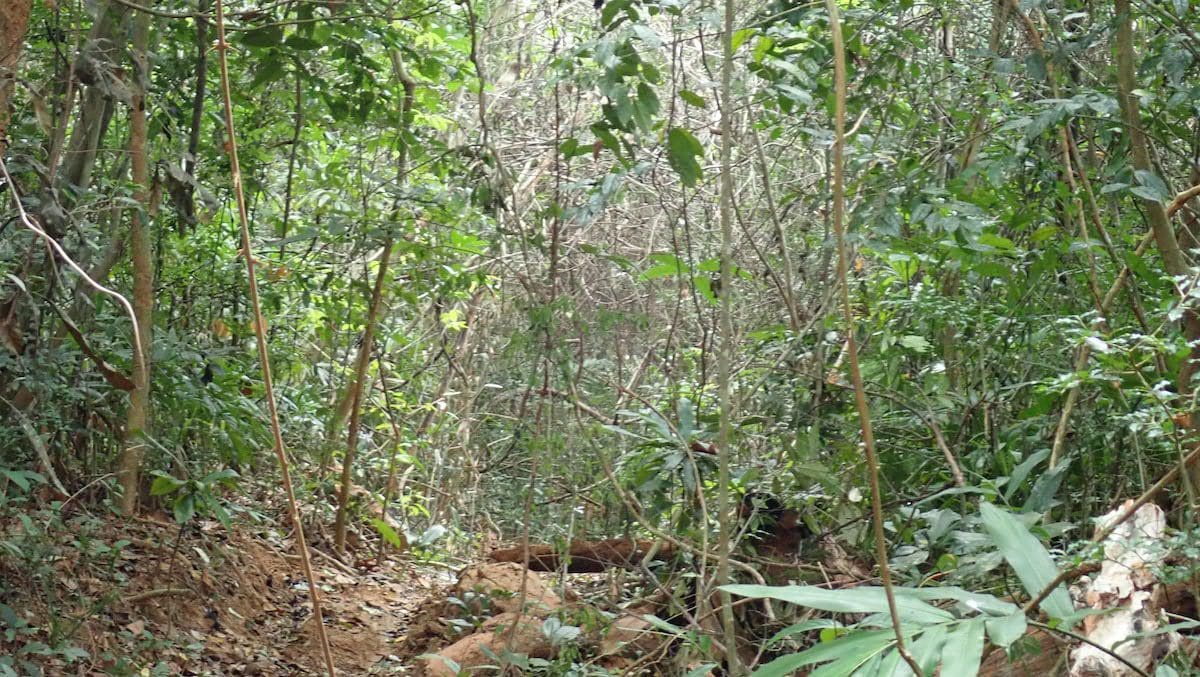 Mostly the trail was dry and hard – this was literally vital as any unexploded bombs would not be disturbed when riding over them. The wet places were like riding on soap! Very, very slippery! 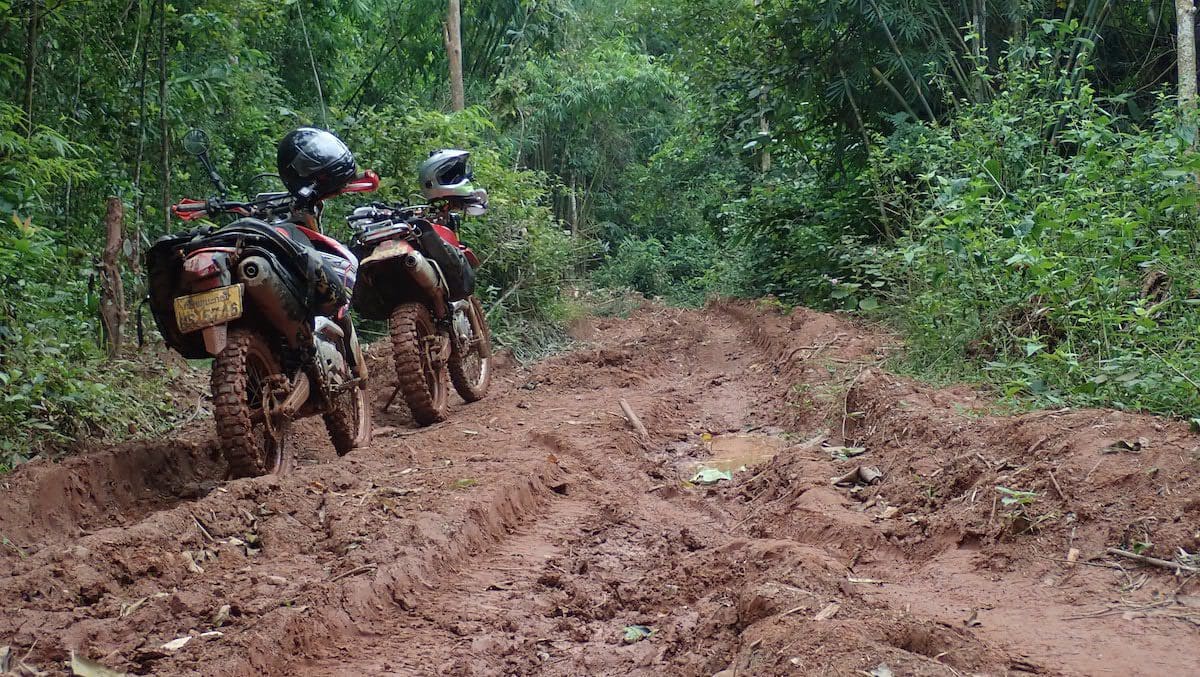 The main excitement was obviously finding the old Ho Chi Minh Trail tracks, the cobblestone trail in the jungle, mostly reclaimed by the growth but still visible. 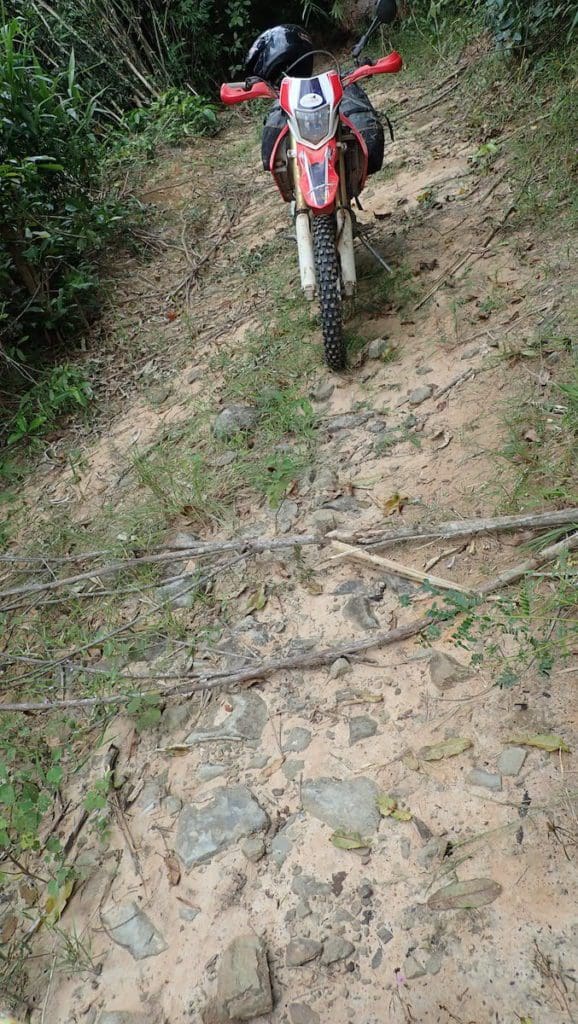 Sometimes surrounded by bomb craters, sometimes next to cliffs and sometimes in the cover of the jungle. Sometimes even still used as a cobblestone road. Obviously parts were rebuilt into national road system as well.

END_OF_DOCUMENT_TOKEN_TO_BE_REPLACED 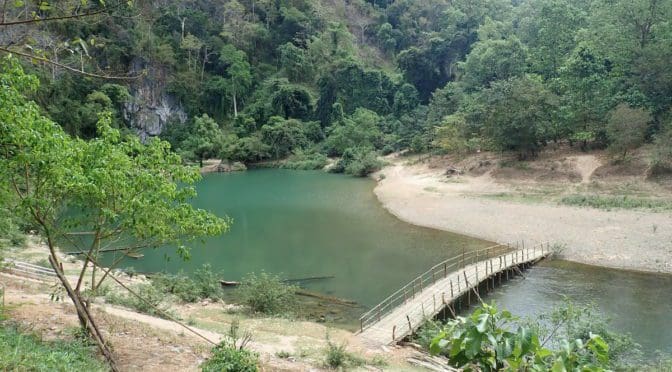 Bound to get your boots full

Our ride in November took place after the rainy season and roads and paths had deep meandering grooves carved by the water to make the ride more interesting.

In some occasions the road was completely washed away and just big canyons were left, making crossing even more interesting.

The power of water is incredible and even large concrete bridges were washed away and only pillars were left standing askew. The only bridges that were left almost unscathed were the concrete slabs on the bottom of the river, so called bottom bridges. They are designed to allow the water to flow over them, making the bottom more even and safer to ride. Still some of those were moved by the force of the water.

In the beginning of the dry season, many villages build temporary bridges across streams. The most spectacular are the bamboo bridges, some of which can be more than a hundred meters long.  Villages make income by charging a fee from anyone using the bridge.

END_OF_DOCUMENT_TOKEN_TO_BE_REPLACED 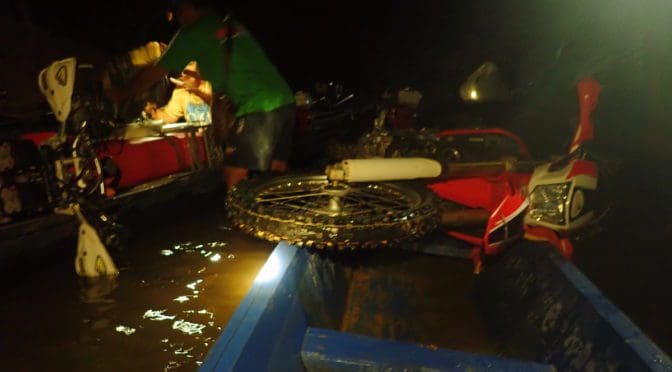 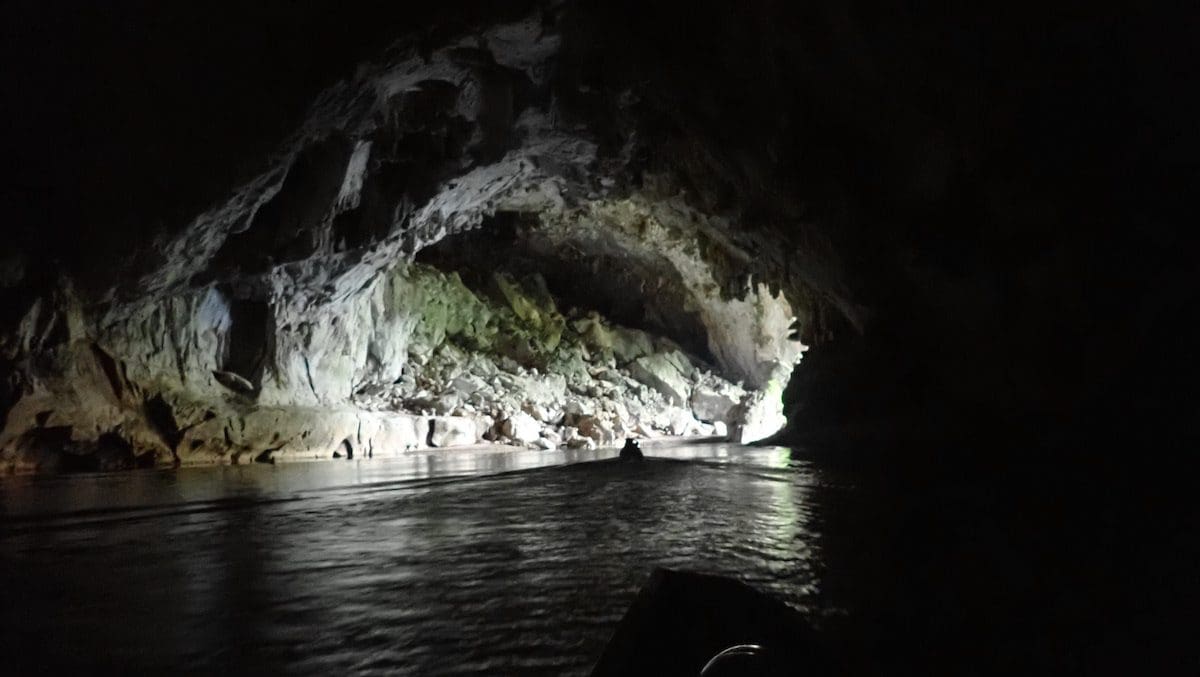 The Longest Underground River in Asia

One of the Laos tourist highlights is the longest underground river in Asia, the 7.5 km long Konglor Cave,  where the Hinboun river flows through the karst mountains. 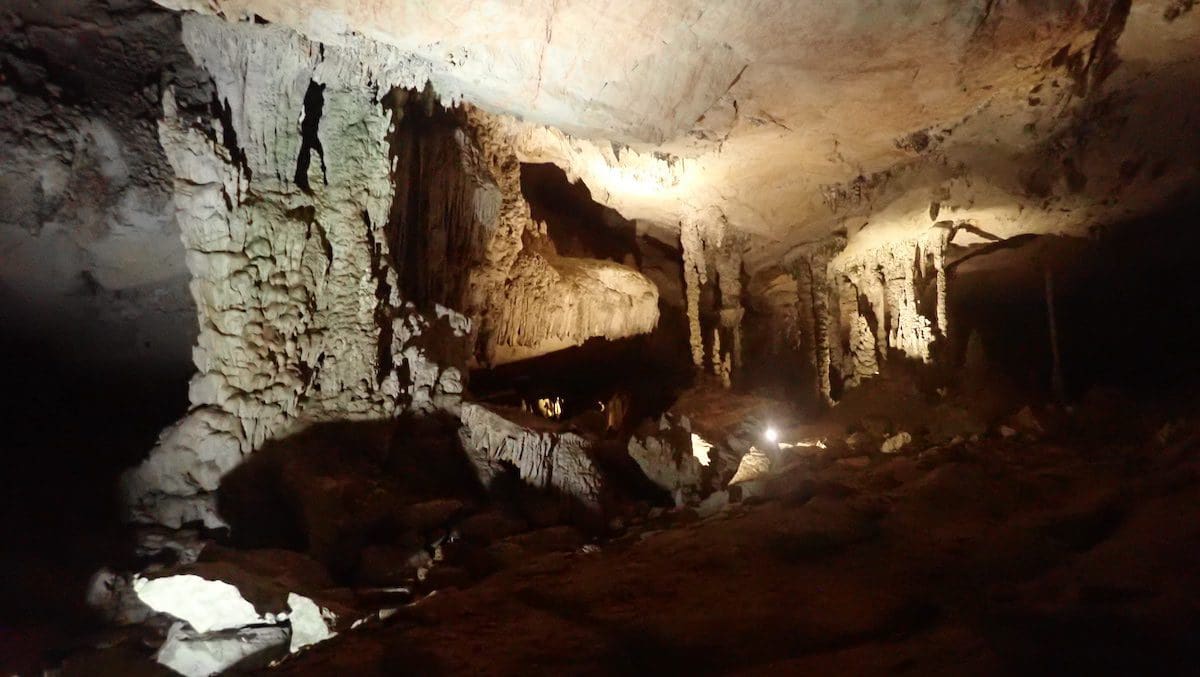 The cave is in places 100 meters wide and 100 meters high! The river flows through the mountain up to 30 meters wide. END_OF_DOCUMENT_TOKEN_TO_BE_REPLACED 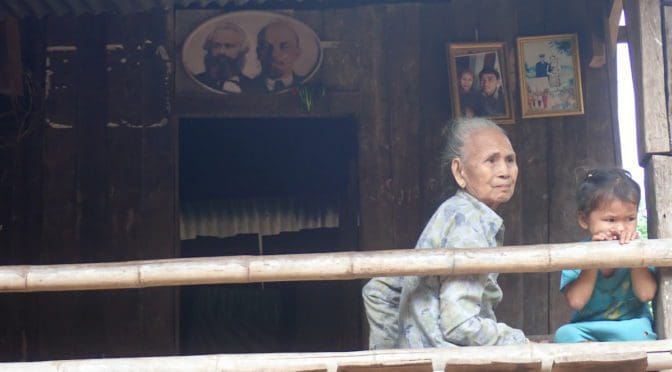 Many of the villages we visited on the trail were very small and very remote with only a footpath leading to them. Life must be very hard and simple, though people were usually friendly and generally looked happy.

Different villages had their distinct feel about them, which was easily felt. Some were very welcoming and eager to meet and chat, some more reserved, even fearful.

I should think there is a reason behind this. Either past experience or simply a way of keeping safe. Might be religious. After all, it certainly is not an everyday occurrence that two white guys in their motorbike gear turn up from the woods.

I did not feet threatened at any time. Naturally however, on a few occasion, if we did not feel welcome or it seemed that the people had some reservations meeting us, we continued our way.

Naturally some places are more urban commercial markets and traveling salespeople on their scooters are usual sight on the roads and trails.

Regardless of how urban or how remote the village is, modern world is slowly creeping in. Sanitation and schools are a good example.

In the following film, I tried to collect faces from the trail. Nothing I can do makes justice to these people, but I tried to capture the faces on the real Ho Chi Minh Trail. 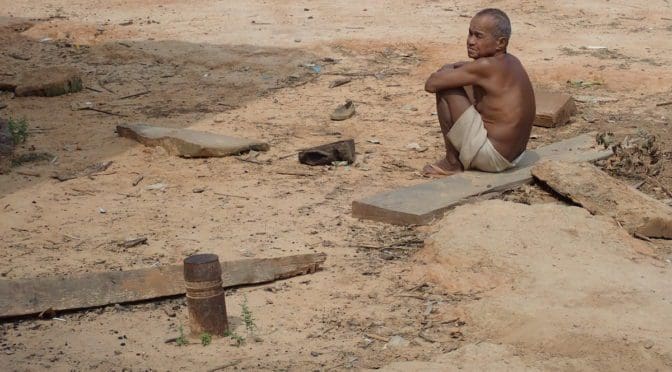 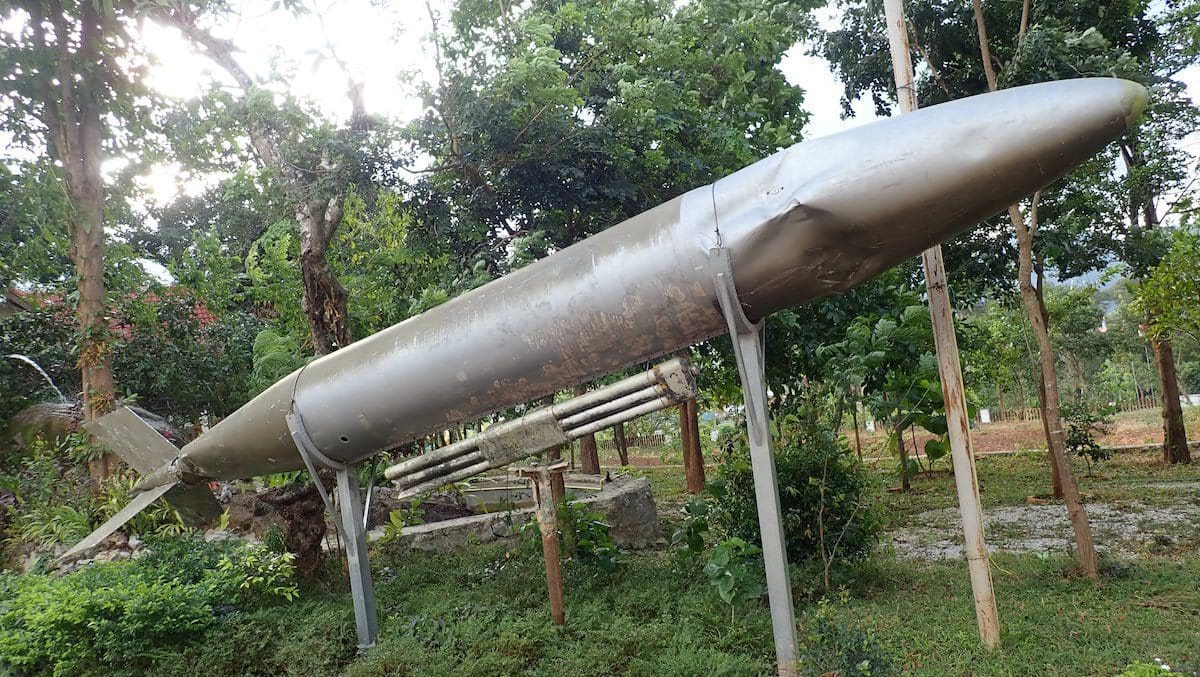 The original trail is still visible in places. As a network of paths, some have continued to be in use and some have been reclaimed by the jungle. As the trail generally was made from cobblestone, it is easily identifiable.

For nine years (1964 to 1973), every eight minutes a full B52 load of bombs were dropped during the Vietnam war – 24 hours a day. Per Wikipedia: The American air campaign during the Vietnam War was the largest in military history. The US contribution to this air-war was the largest. Chief of Staff of the United States Air Force Curtis LeMay stated that “we’re going to bomb them back into the Stone Age”.

On the other hand, the Vietnamese / Lao people directed bombings to the karst mountains and used the stone rubble to build the trail. 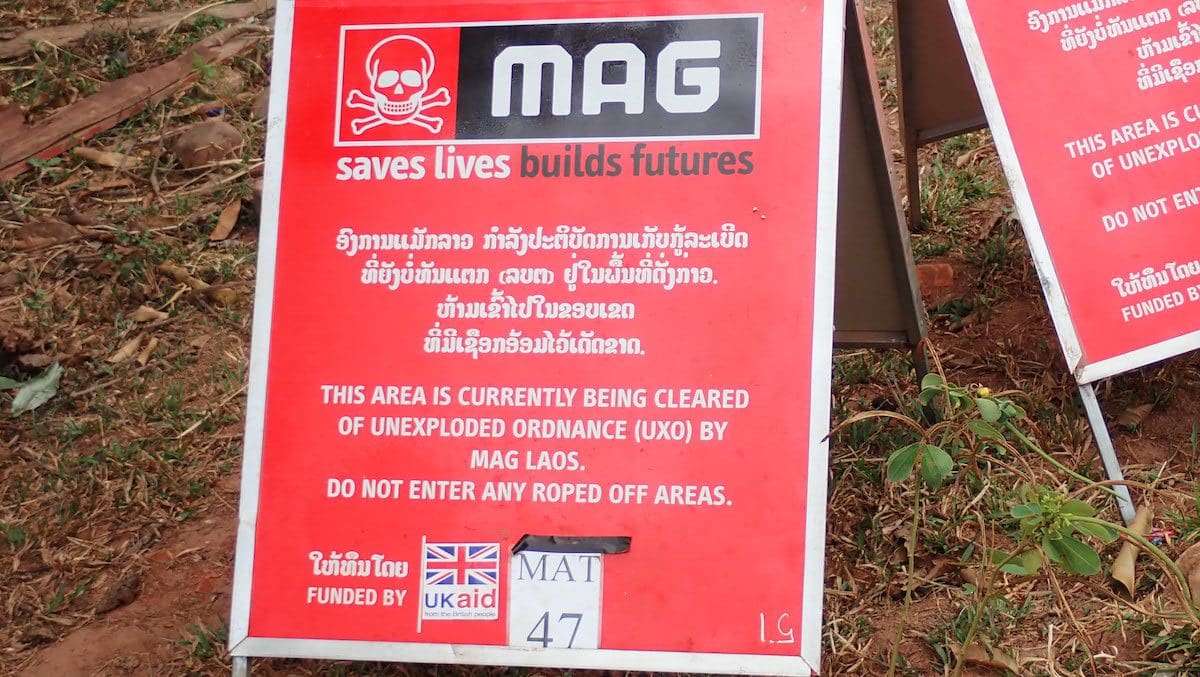 Most of the metal from the war: bombs, tanks, trucks, barrels, fuel pipeline, etc on the ground has been since collected by scrap metal hunters over the years.

END_OF_DOCUMENT_TOKEN_TO_BE_REPLACED 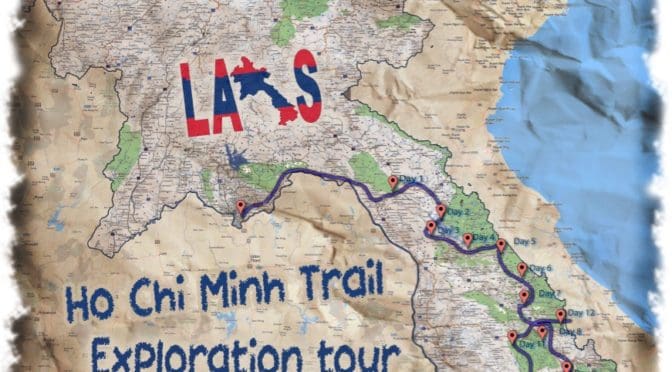 The Ho Chi Minh Trail has always been the stuff of legends, a seemingly endless number of backwater paths and trails. This is where I will be going next! 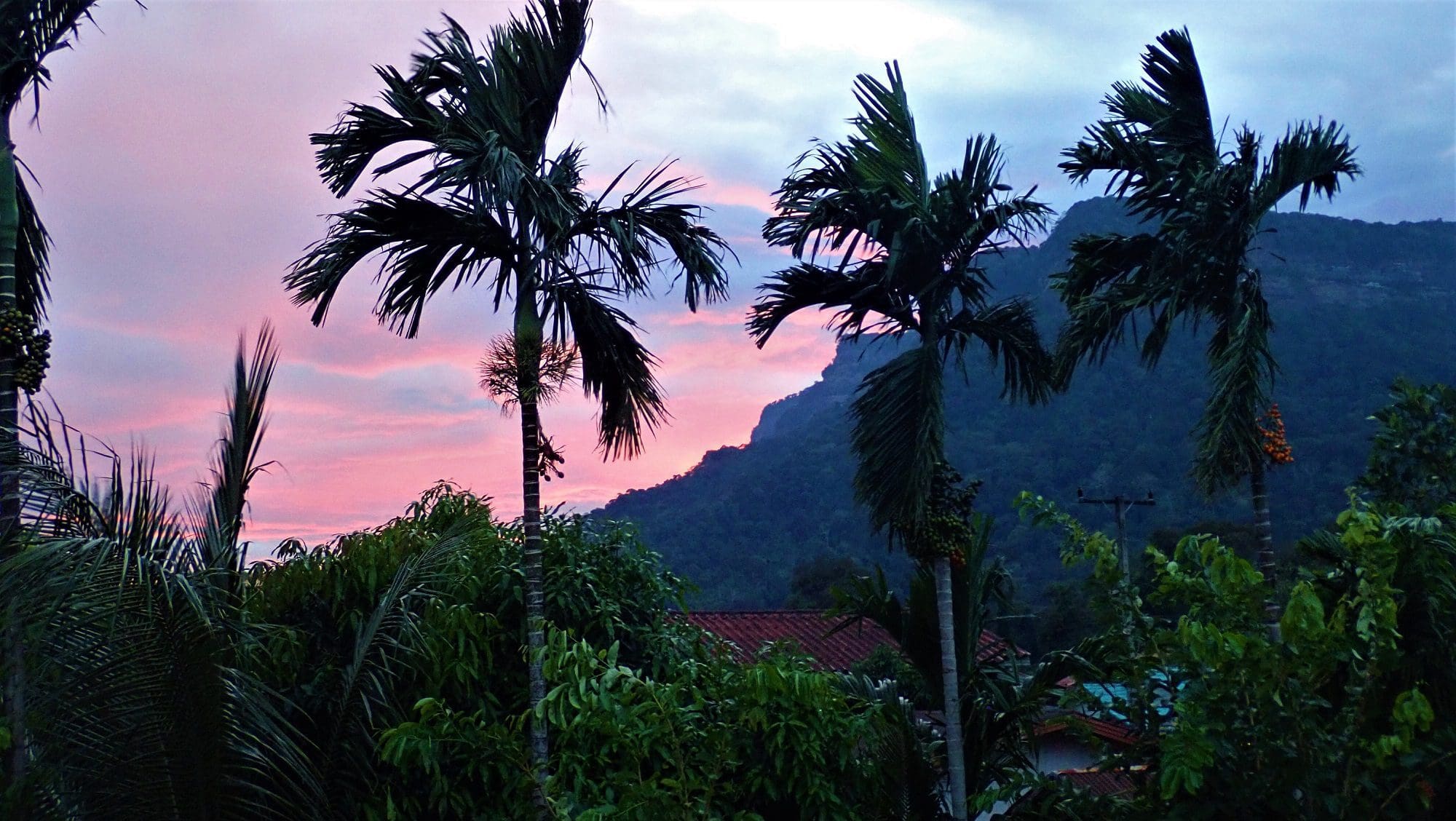 Laos translates to the ‘Land of a Million Elephants’. It could also be the Land of 80 Million Bombs

Laos is the most heavily-bombed country per-capita in the history of the world. Every eight minutes, 24 hours a day, for nine years from 1964 until 1973, a planeload of cluster bombs was dropped on Laos by American B-52s.

Up to a third of the bombs dropped did not explode, leaving Laos contaminated with vast quantities of unexploded ordnance (UXO).

The estimated number of cluster bombs that did not detonate is 80 million, most of which are still buried in farmland. Over the past four decades, less than 1% of the bomblets that failed to detonate have been cleared. All 17 provinces in Laos, and 41 of 46 of the poorest districts in Laos, are today burdened with unexploded ordnance (UXO) contamination.

Mr. Sorpaseuth’s youngest son, Bounleuy, was interviewed and revealed the accident occurred at around 10:40am on September 21st 2019 in the family’s garden; “my father was using a hoe and spade to dig the roots of a banana tree to re-plant in a different area. While he was digging, his hoe hit an unexploded bombie (BLU26) and shrapnel from the bomb hit his chest and face and he died suddenly. Many things in the garden were also destroyed by the bombie”.

Most devices dropped in Laos were anti-personnel cluster bombs, although the U.S. was never at war with the people of Laos. Nearly seven bombs for every man, woman and child living in Laos. The American people were largely oblivious to the bombing campaign in the country at the time.

Cluster bombs are designed as anti-personnel, anti-armor weapons, but the primary victims have been innocent civilians. More than 98% of known cluster bomb victims are civilians and 40% are children, who are drawn to the small, toy-like metal objects. Boys in particular are at risk. Today.

These bombs were meant to disrupt the Ho Chi Minh Trail, a network of jungle and mountain paths that served as a logistical supply route for the North Vietnamese Army during the Vietnam War. 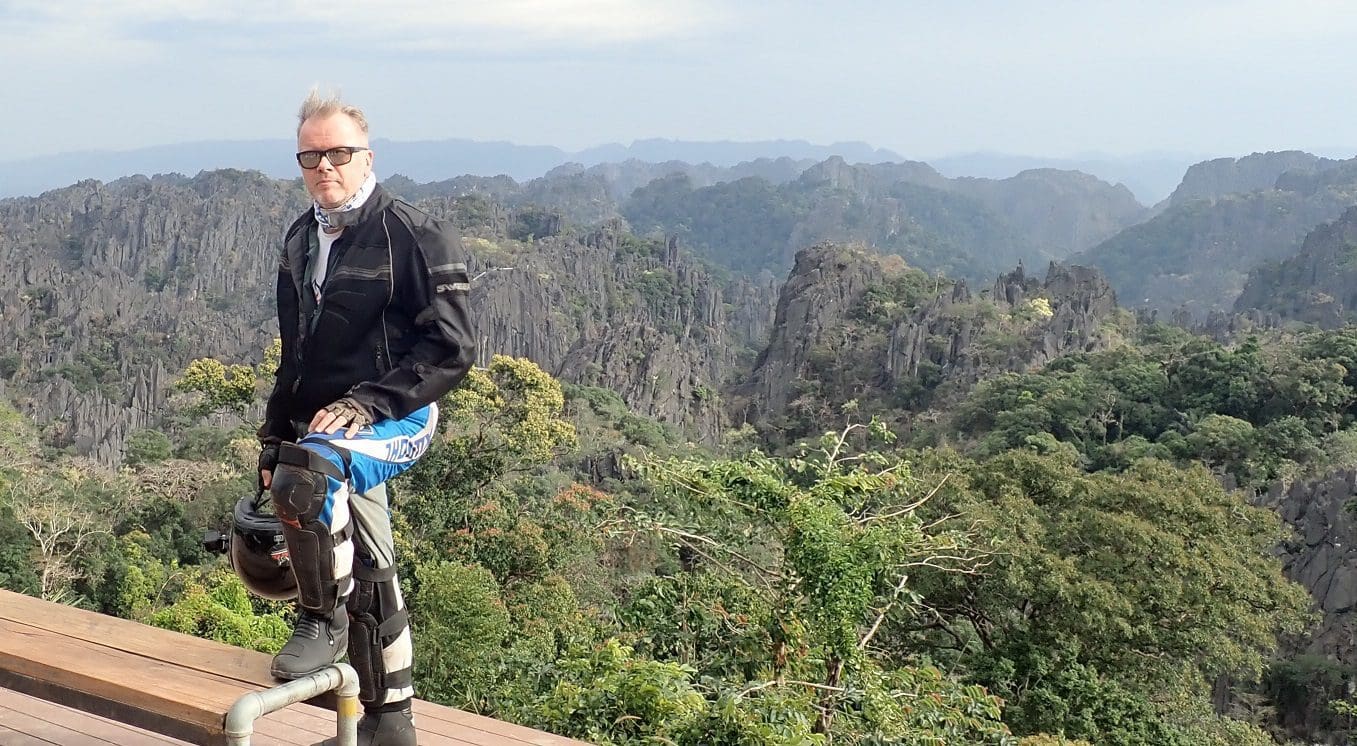 The Ho Chi Minh Trail is an elaborate network of mountain and jungle paths and trails built from North Vietnam to South Vietnam through the neighboring countries of Laos and Cambodia. The purpose was to support the Vietcong and the North Vietnamese Army during the Vietnam War.

The name, taken from North Vietnamese leader Ho Chi Minh, is of American origin. Within Vietnam, it is called the Ðuong Truong Son, or Truong Son Road, after the mountain range in Central Vietnam.

I will be exploring this legendary trail in Laos with the man who knows every back road, trail and path in the country, Donald Duvall aka The Midnight Mapper. The name reflects his extensive work mapping the country. Don has also been advising film crews on the trail, notably Red Bull Media for Blood Road.
See more at: http://bloodroadfilm.com/

Having toured northern Laos with Don earlier, I know this will be one heck of a ride!