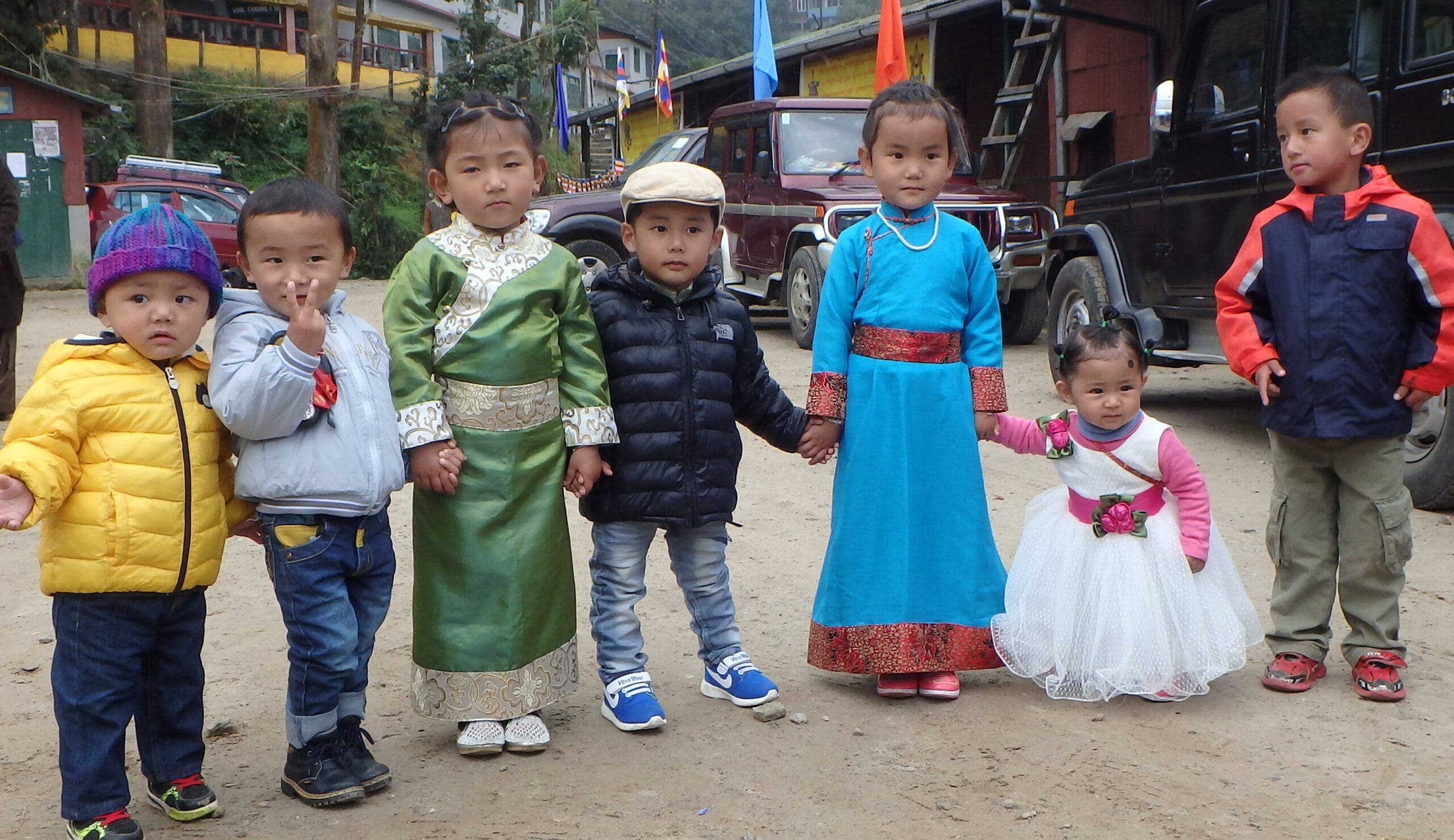 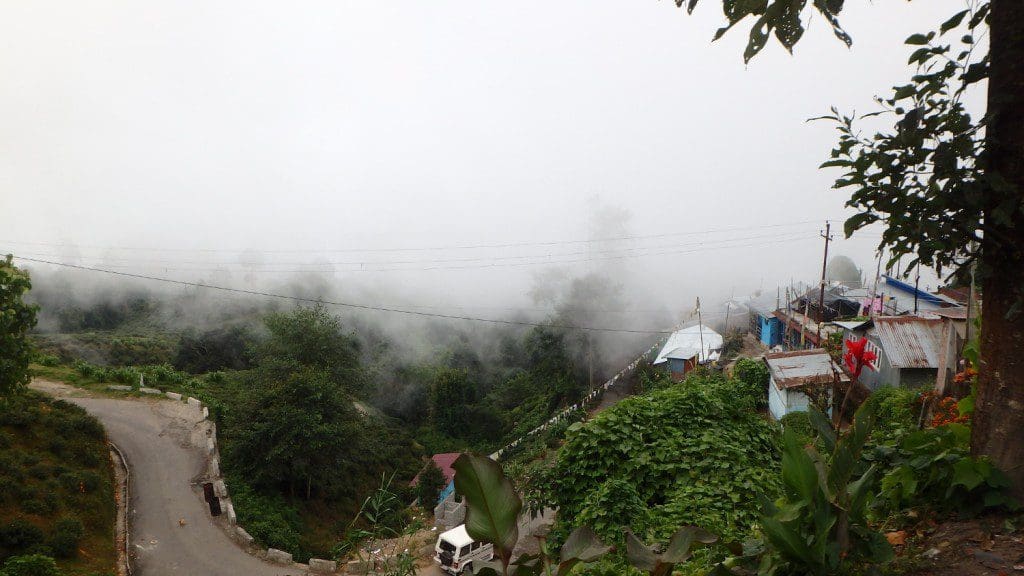 From Jaigaon, I took a private hire car to take me to the Darjeeling town. Due to some unforeseen changes in my itinerary, I missed the town on my first ride through Darjeeling area. From what I had been told, I knew Darjeeling was worth seeing but nothing prepared me for the drive. First, it was getting dark and driving in India after dark is not for the faint hearted. It is simply scary. Lights are not necessarily used and if they are, they blind you due to constant flashing of long beam or badly adjusted lights. Some trucks had no lights at all and many buses had no tail lights. They just appeared from the darkness, as did pedestrians, cyclists, goats, dogs and cows. I was lucky to have a very alert driver. The last 40 km to Darjeeling was unbelievable. Hairpin after hairpin climbing the hill on a road barely wide enough for one car. Going up we tried to gather speed and I thought I was with the local version of Juha Kankkunen. 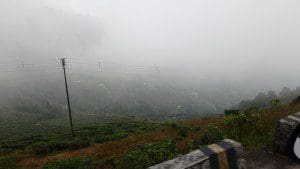 Darjeeling is up on a hill and the area is very beautiful. In an Indian way, mind you. Unfortunately the day was cloudy and I missed some of the most beautiful views. I spent the day visiting a few remarkable places though. 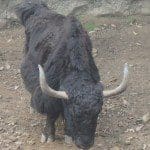 Apart from the usual Buddhist temples and the zoo, the most impressive place was the Tibetan refugee self help centre. I happened to be there when they were expecting an important Lama Jhado Rinpoche to come for a visit. He shares Dalai Lama’s visit schedule and when there are double bookings, he takes the one that Dalai Lama can not make. A highly respected person, this was very clear. The self help centre was very touching and the Tibetan people were very warm and welcoming. Their history was displayed with pictures, newspaper clippings and other historical displays. I was offered tea, both Butter Tea (Tibetan origin with yak butter and salt, similar to Bhutanese butter tea) and the usual sugar tea. A bowl of rice was also offered. I followed the ceremonies and actually shook hands with the Lama!

A visit to the only tea factory and plantation within the actual Darjeeling town was an educating experience. I saw how the factory runs and had a tea tasting. Tea is actually not something native in India but it was brought in by the British from China.

Now I know the difference between the black, green and white tea. I can reveal that they all come from the same tea plant. There are no separate black, green or white tea plants. The factory was called Happy Valley and the supply Harrods of London as their only distributor in the UK. Naturally had to buy some to bring home. 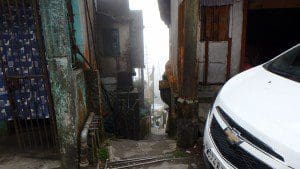 Darjeeling town is a sight in itself. The streets are steep so narrow that many corners were actually three point turns. Cars were not able to turn withing the normal turning circle and had to wiggle they way at corners.

The other peculiarity is the narrow track steam railway from Siliguri to Darjeeling. They only use steam locomotives and it looks like a toy train. The track follows the road, crossing every now and then. Hisss and puff! 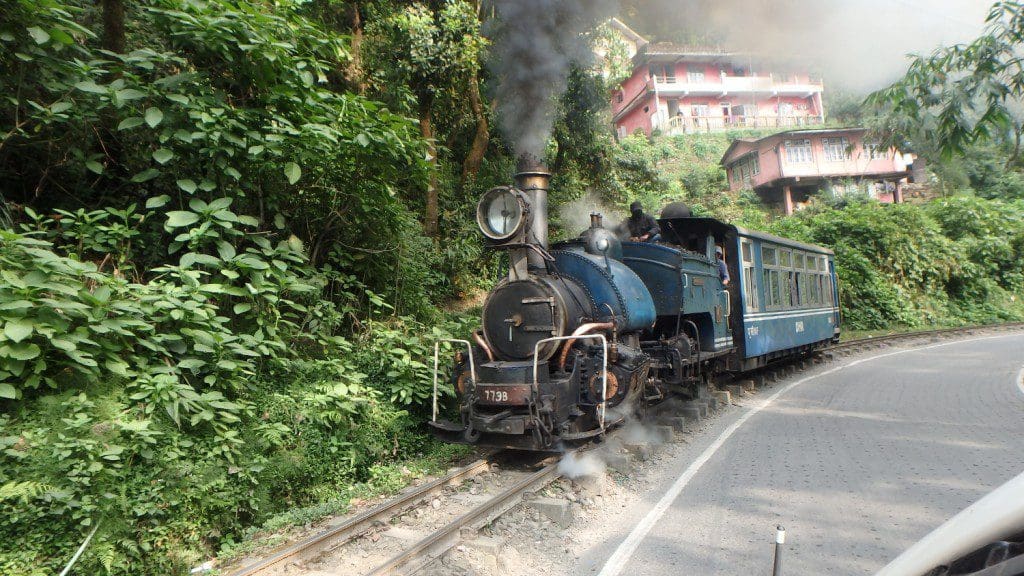 In the evening I was in the town of Siliguri packing my riding gear and getting ready for my early morning taxi ride to Bagdogra airport and my flight to Delhi.

A great riding trip across Nepal, Darjeeling, Assam and Bhutan was now done. Countless memories, hours of film and thousands of photographs to go through at home. Wondering where the next biking trip will take me – Someday!