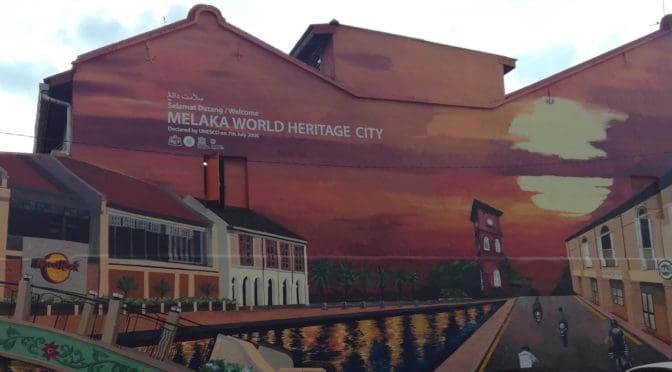 After my group ride on the north side of KL, I decided to continue my ride solo and to head south towards a historic town of Malaka, also known as Melaka, Malakka or Malacca.

Malaka has a fascinating history. In brief, the city has been conquered first by the Siamese, by the Portugese on the 16th century, the Dutch on the 17th and finally by the British at the end of the 18th century, plus the Japanese held the city at WWII for a while. 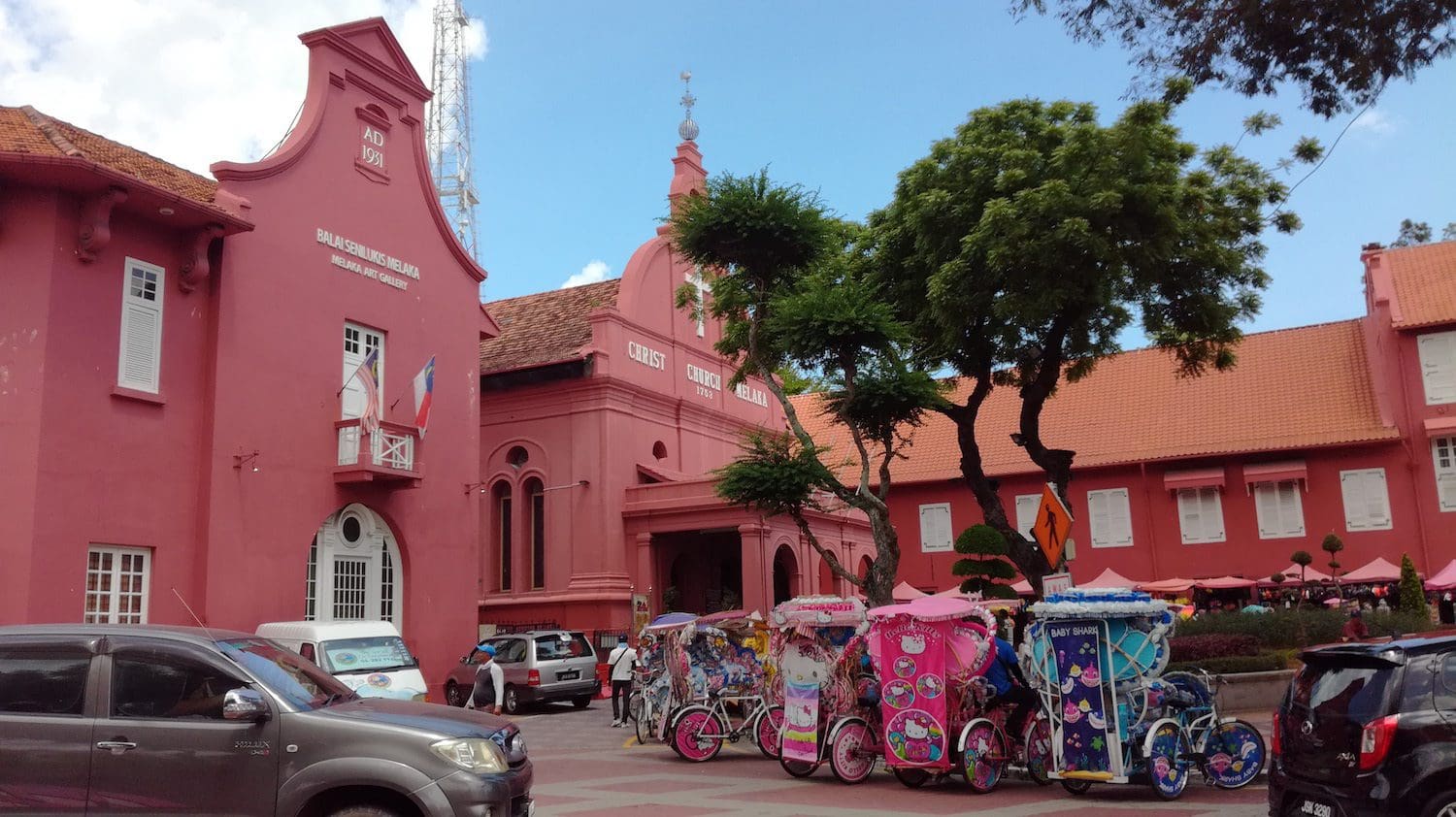 The date of independence for the Federation of Malaya was announced in Malaka on the 20th of February 1956 based on the Agreement of Independence signed earlier that month in London.

Today Malaka is an Unesco World Heritage site and the city’s history is well visible in its buildings and architecture. 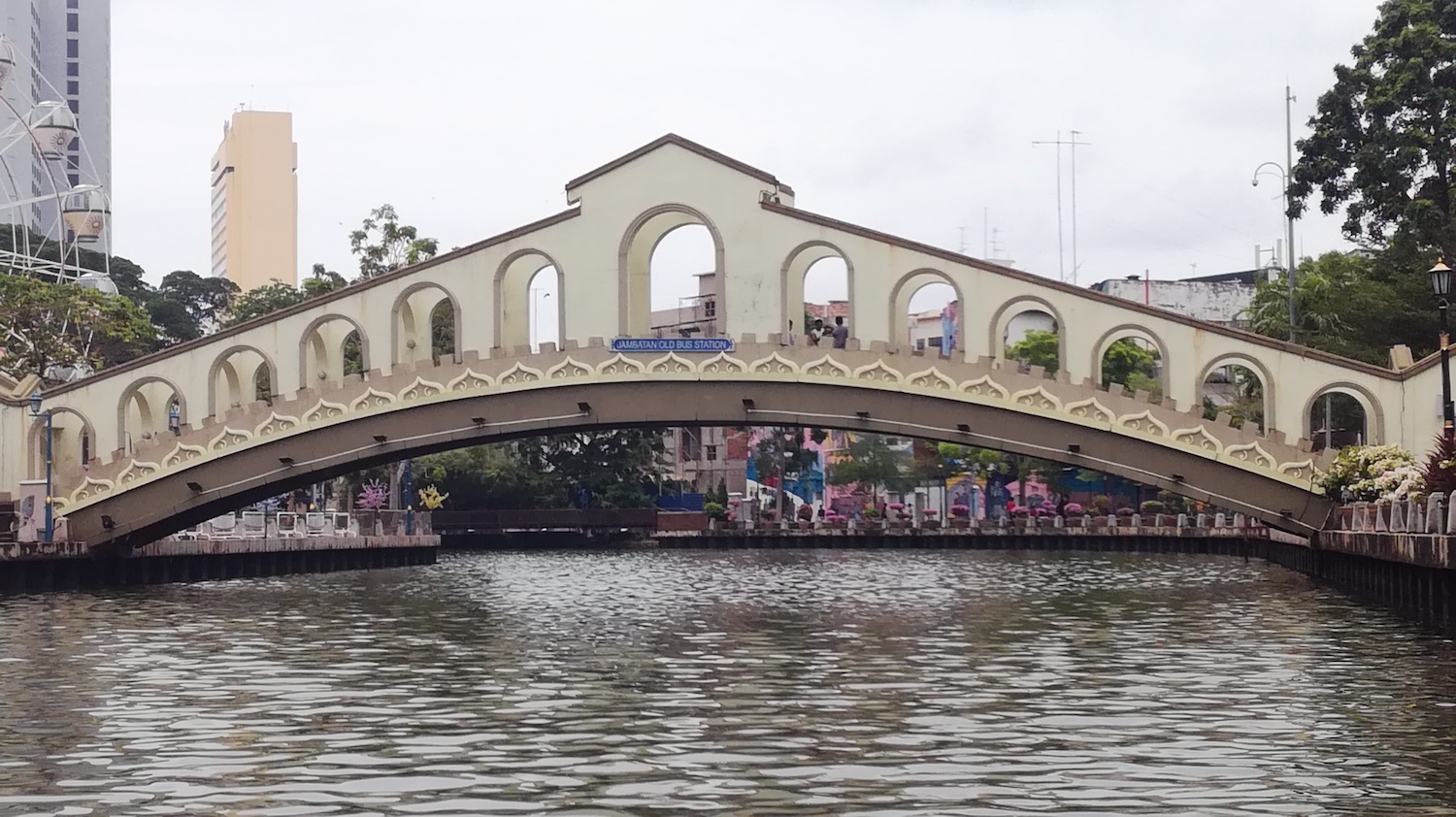 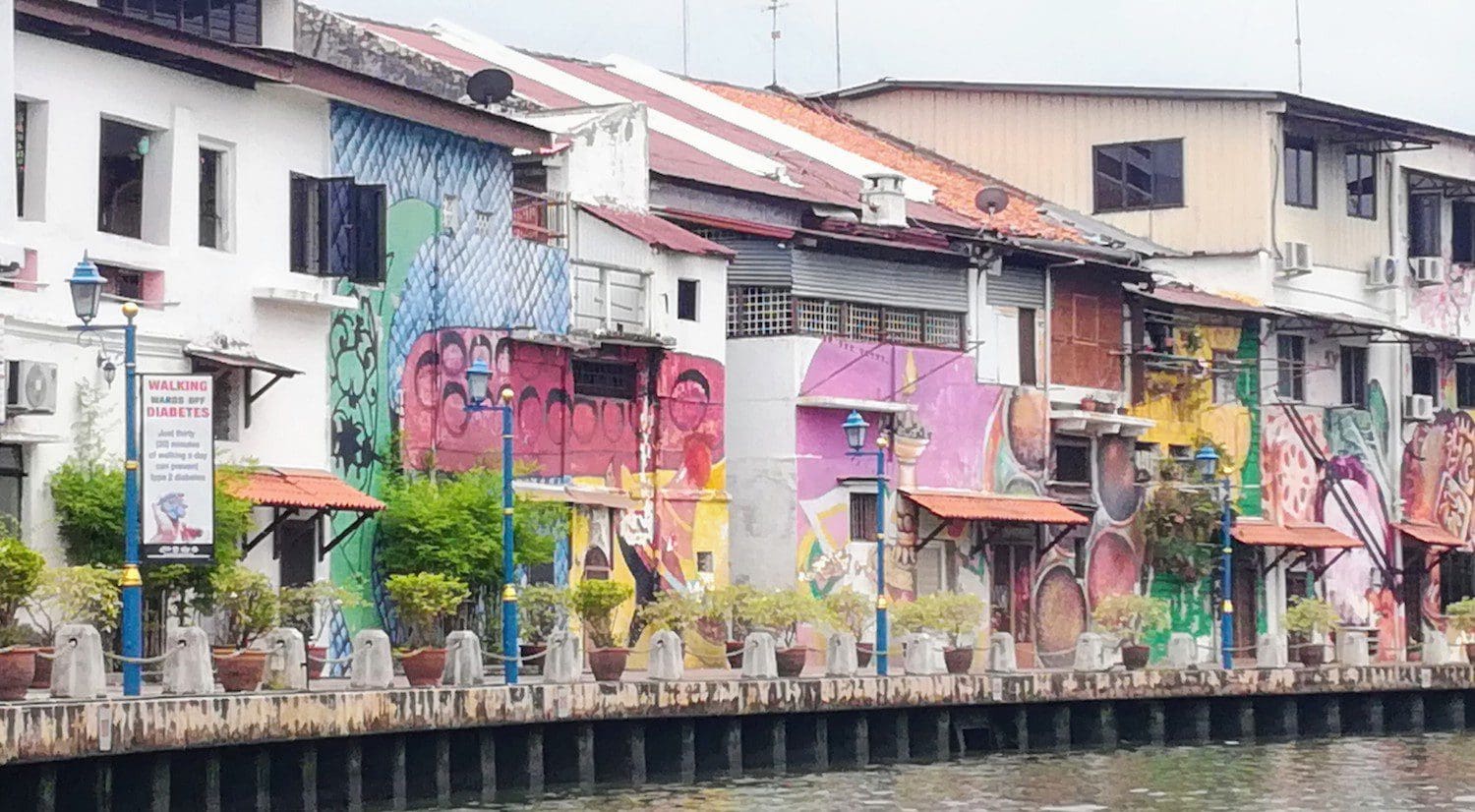 Ride from KL to Malaka

The ride from KL to Malaka, some 160km,  can be done quickly on the motorway or by taking time to tour the smaller roads and villages. I opted for a combination and took a quick route out of KL and diverted to smaller roads half way to Malaka. This was also partly due to the extreme heat. I was no longer in the highlands with cool breeze but lower in much hotter weather. 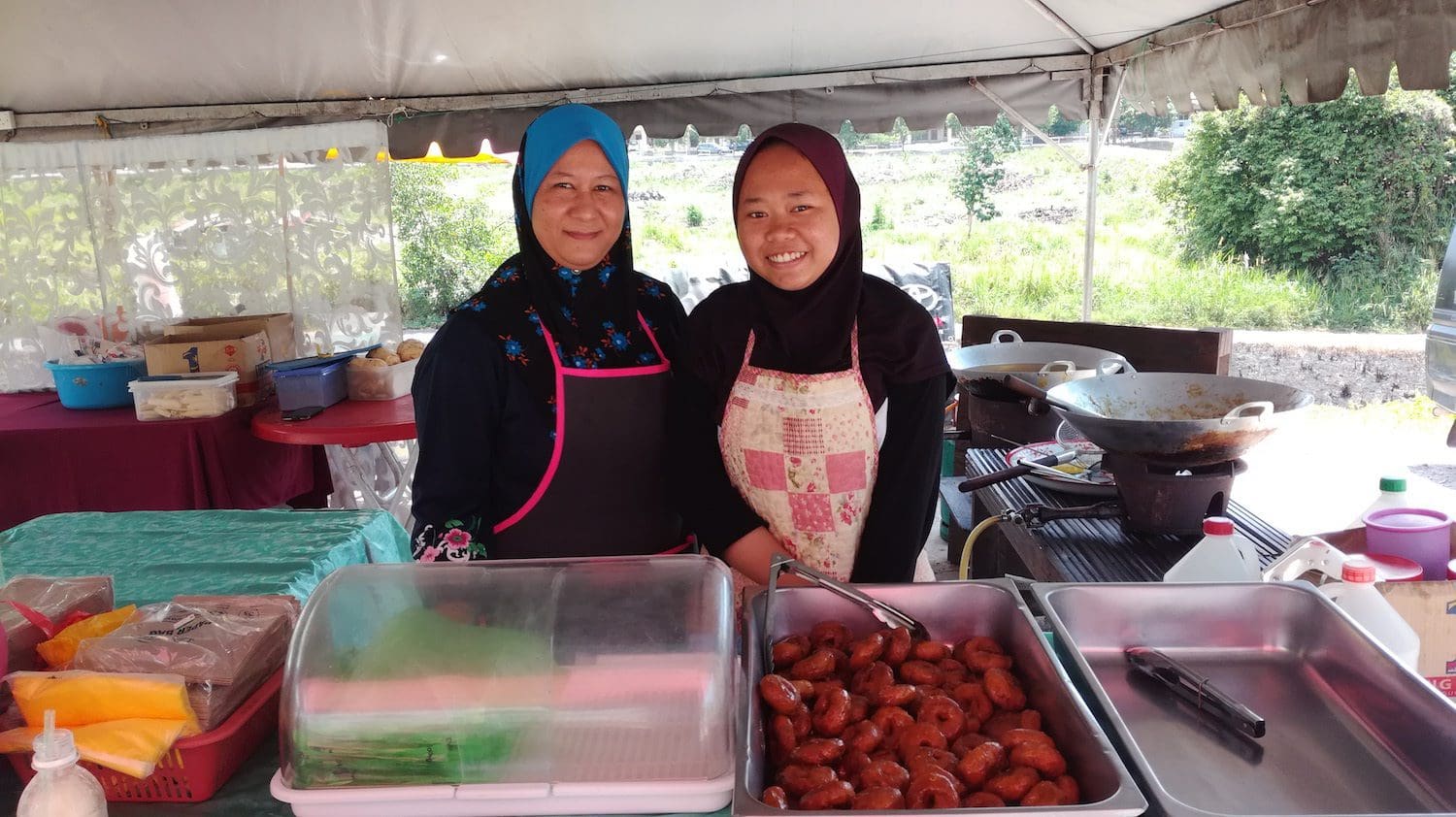 As soon as one diverts from the motorway there are small stalls on the side of the road selling local delicateses – home made juices, fruit (ofter durian in many forms) and food and bakes. I stopped for fruit juice and rather fantastic tasty donuts made from some fruit. Don’t know the name for them but they were goooood! 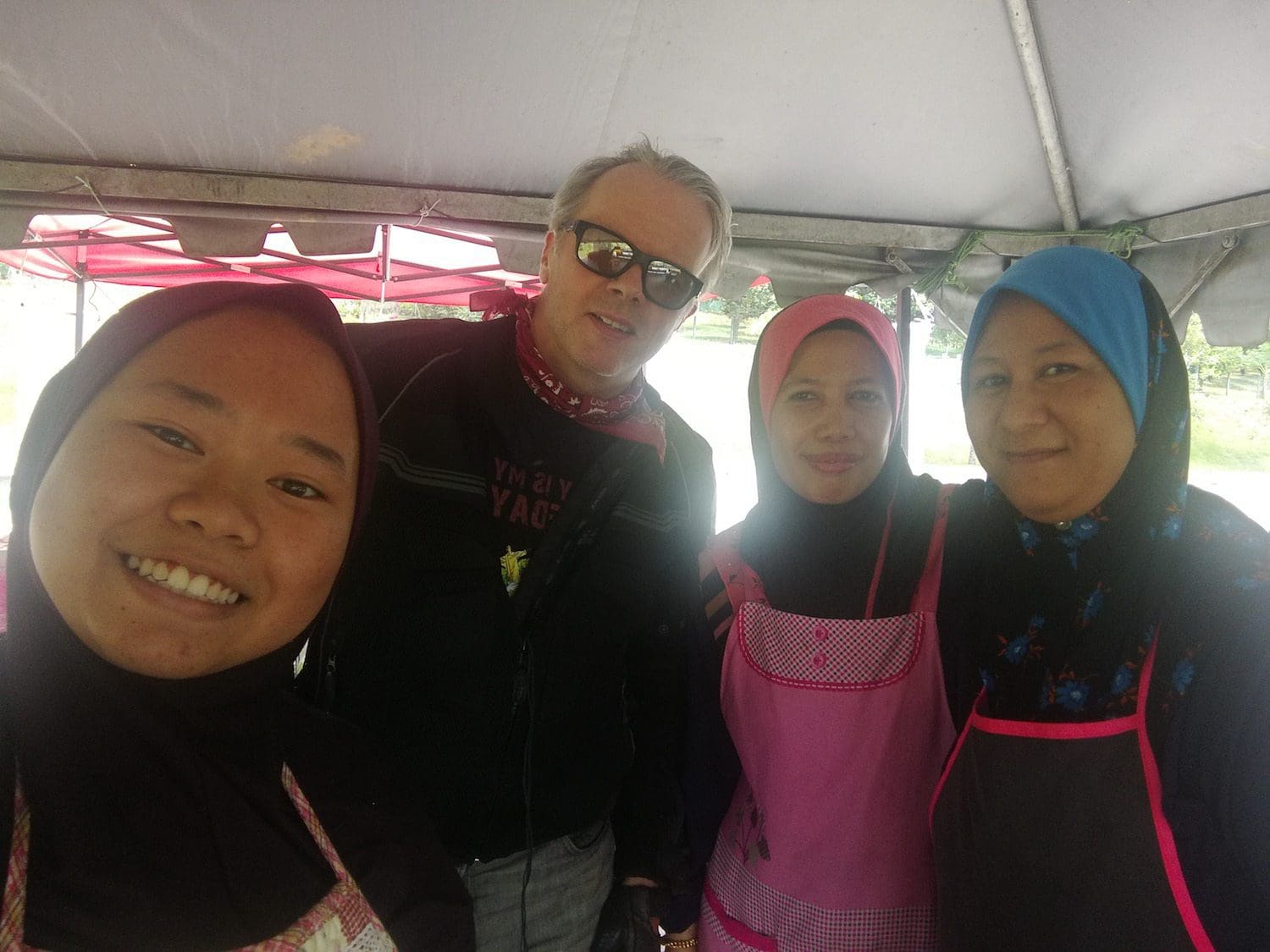 When you book a hotel in Malaka, make sure it is near the old town area and the canal. This is where you want to go, trust me. 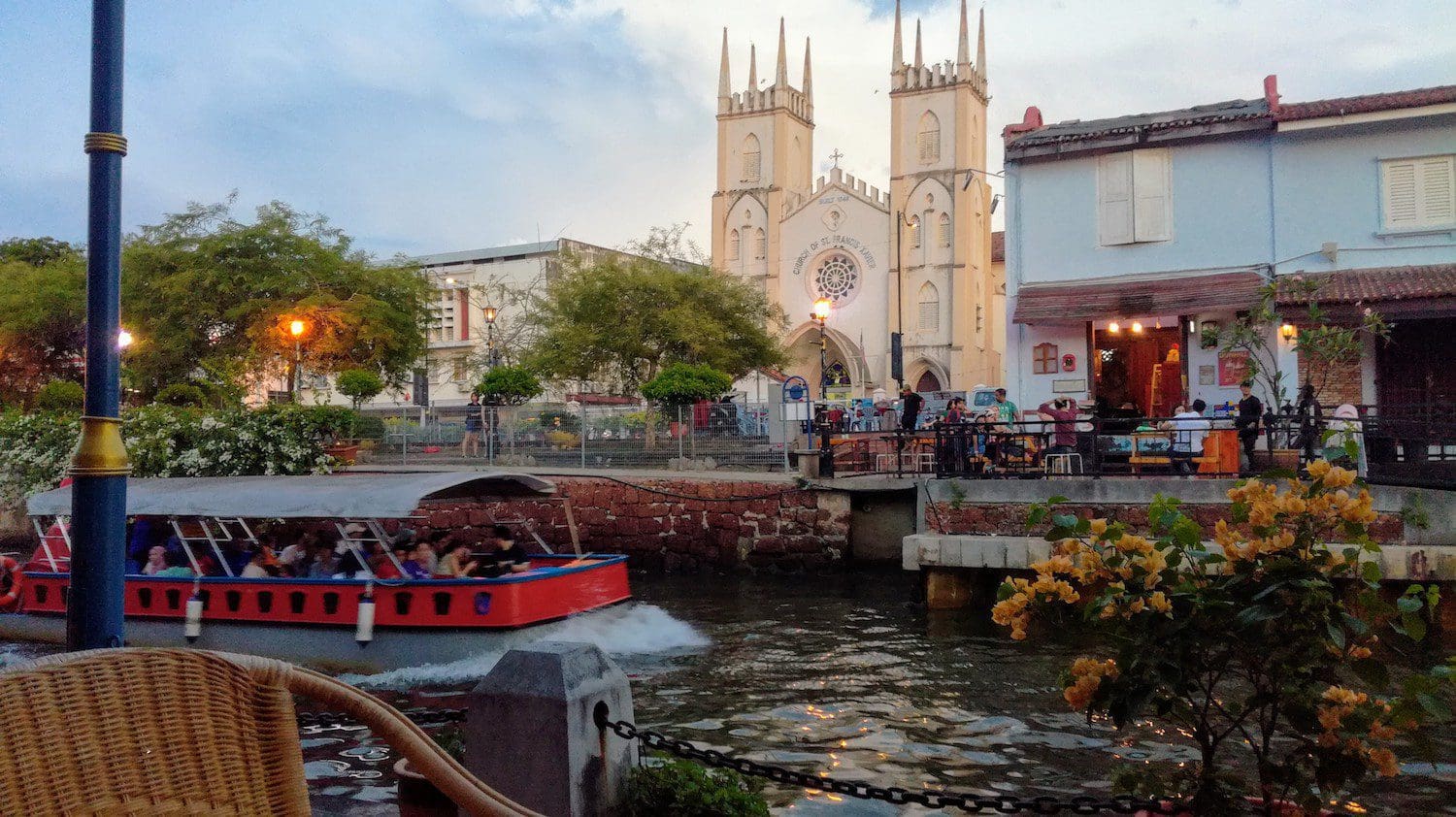 There you enter a new world with the busy canal, narrow streets, murals, restaurants, busy daytime and even busier nightlife when streets are for pedestrians only and full of food vendors. Jonker walk / street being the busiest.

True to its history, Malaka has several museums well worth visiting. I went to the Independence Monument museum and the Sultan’s Palace. Many more available.

A cruise on the canal is also worth the time, taking one out from the old town, still following the border of the old Malaka village and new Malaka high rise hotels. When you walk around a little, you will see the Indian as well as Chinese areas of town.

Both sides of the canal in the old town are nice for a cup of coffee or a cool beer in the heat. Good food available everywhere!

A particular feature in Malaka are the numerous murals.

I was not the only biker in town! Local police was out on a Honda.

When in Malaka, expect interesting history, busy streets, great street food, outdoor karaoke and entertainment of many kinds in the evening in particular. Malaka evenings seemed popular amongst the locals and tourists alike.