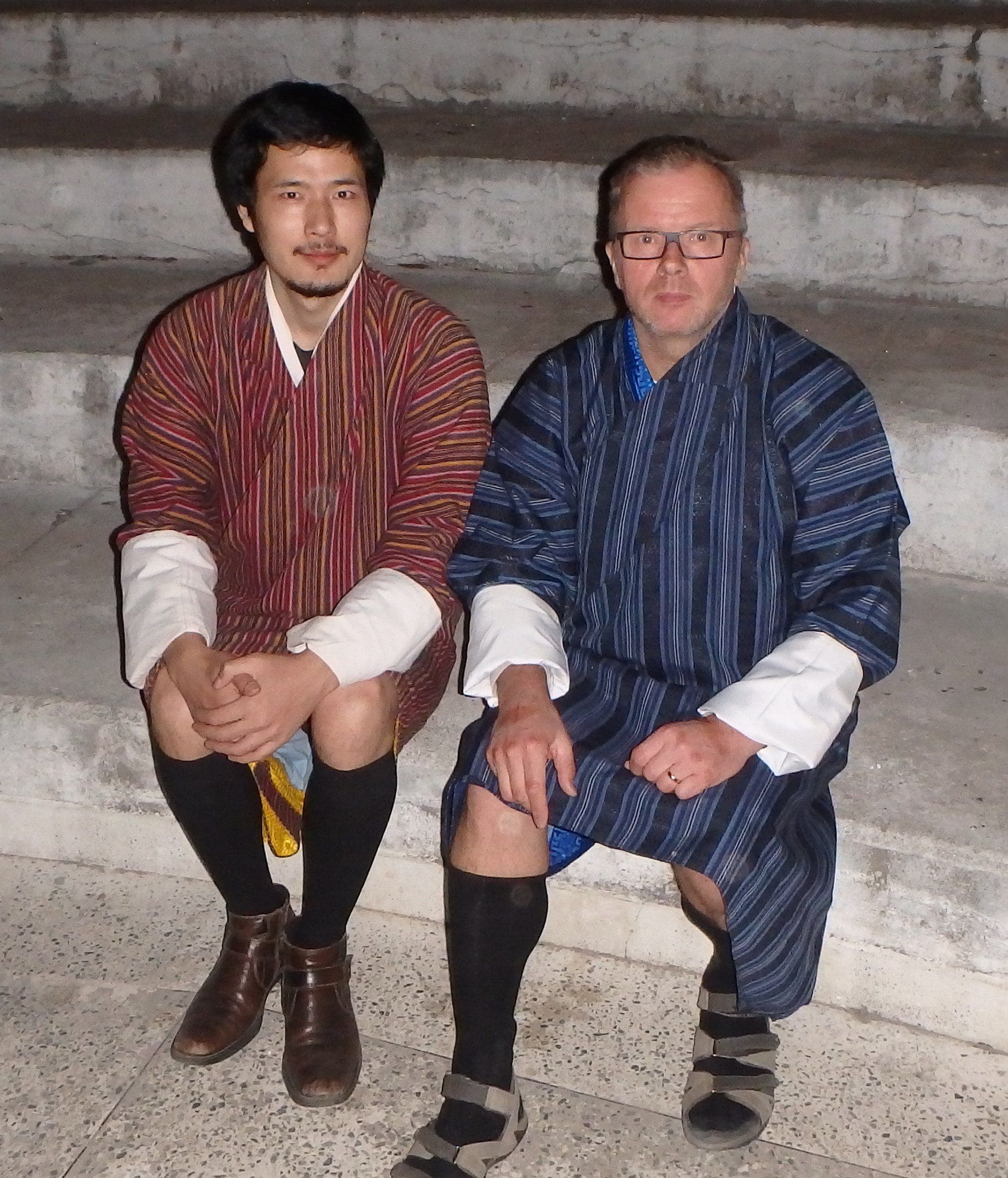 The Code is not easy for a foreigner to see but it seems to be very deeply rooted in the Bhutanese people and behaviour. Cultural heritage is one of the pillars of Gross National Happiness  (GNH) and old customs are maintained also in everyday life. By law, if necessary. I already mentioned the TV and Internet, but many other examples exist. The Code with numerous different flags is also complex, from good luck to remembering the deceased. GNH is today also taught in schools as a subject. I cannot help thinking that if we in Finland had similar emphasis on cultural heritage, it would be deemed racist in today’s political correctness. 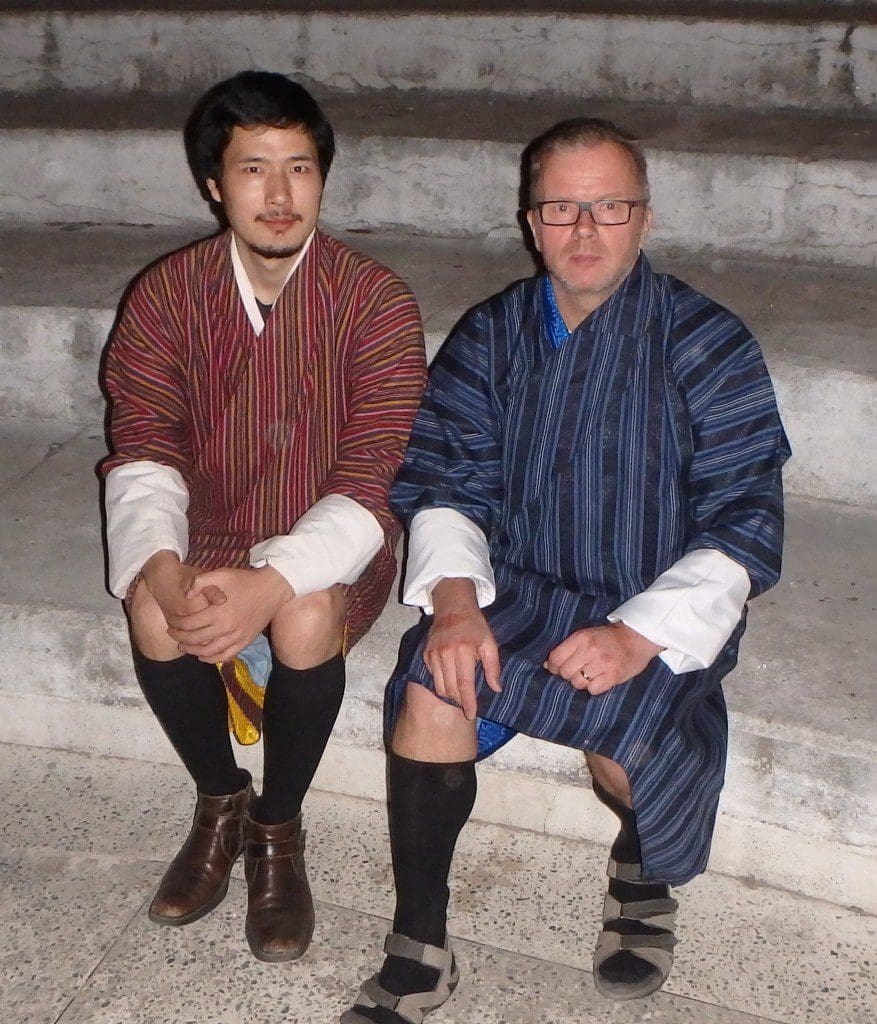 Gho, the national costume worn by men. This is used daily in offices and schools. If you visit a government office, a Gho must be worn. And visiting a higly enough regarded official, office or a monument, a scarf called Kabney is added to the uniform. Colour codes are many. The Gho has usually white cuffs for officials and office workers. Farmers and some other manual labour professions have light blue cuffs (white collar, blue collar in the west). The length of the cuff also signifies the wearers position. A nice youtube video about the Bhutanese clothing is found here. As mentioned earlier, houses also have clear cultural characteristics. These are visible in windows and colours. And in the fact that in most houses, top floors are wider.

As customary when travelling, in temples you must remove shoes. Also photography is limited in places. I was told that I can take a picture of the goverment builging, but not during office hours. I was not allowed to take a picture of the kings house. This may just have been a policeman’s way if showing respect to the king, though. Buthanese food was excellent and perhaps closest to the Finnish pallette out of the three countries India, Nepal and Bhutan. Bhutanese momo dumplings were great, a close contestant to Ram’s aunt’s dumplings. Another peculiar dring was the butter and salt tee. This is really tee with (yak)butter and salt, milk and perhaps something else.

Images of a male penis are littered in the religion but The Divine Madman deserves a chapter and a few photos.

Wikipedia: Phallus paintings in Bhutan are esoteric symbols, which have their origins in the Chimi Lhakhang monastery near Punakha, the former capital of Bhutan. The village monastery was built in honour of Lama Drukpa Kunley who lived in the 15-16th century and who was popularly known as the “Mad Saint” (nyönpa) or “Divine Madman” for his unorthodox ways of teaching, which amounted to being bizarre and shocking.[1] https://en.wikipedia.org/wiki/Drukpa_Kunley