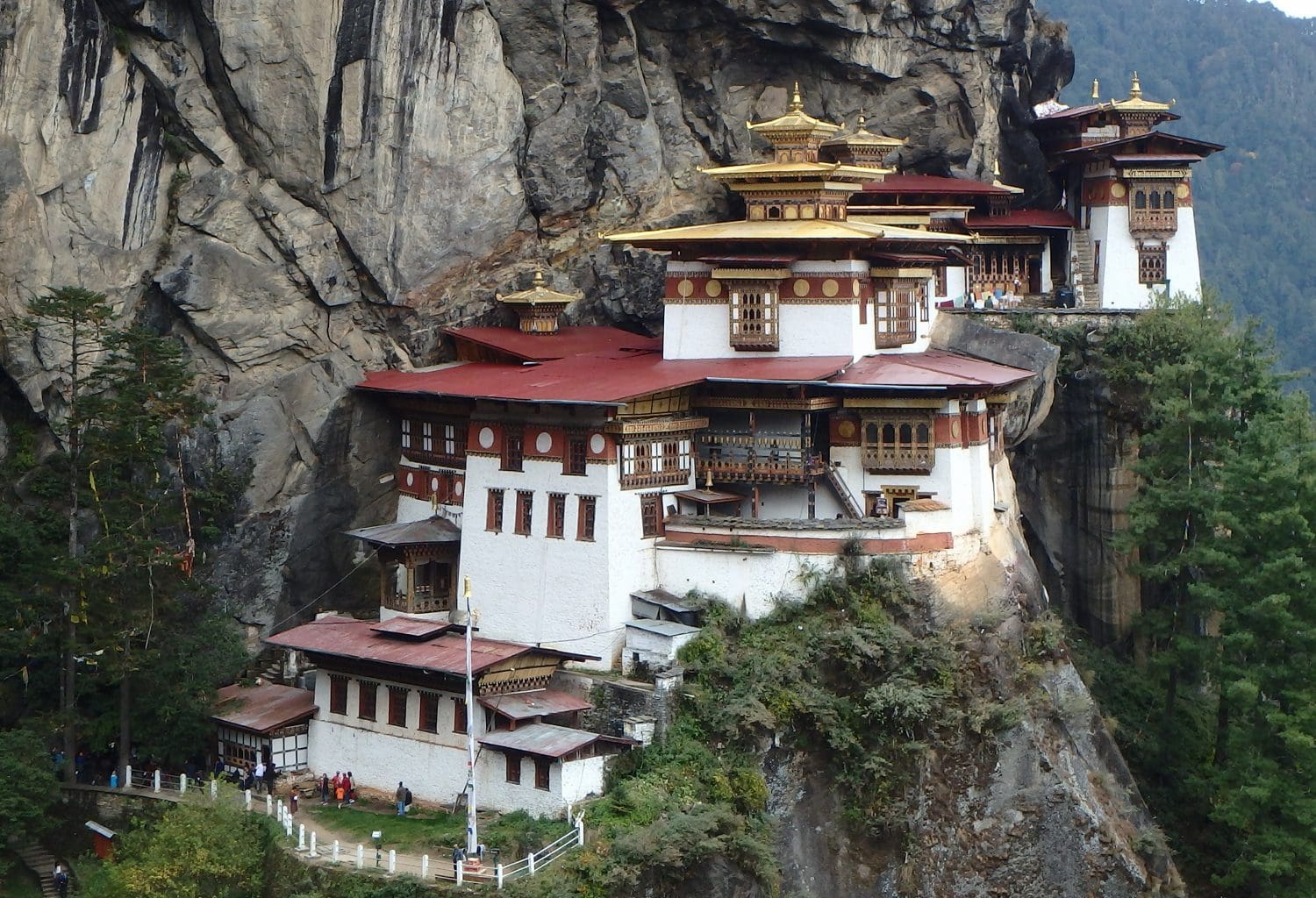 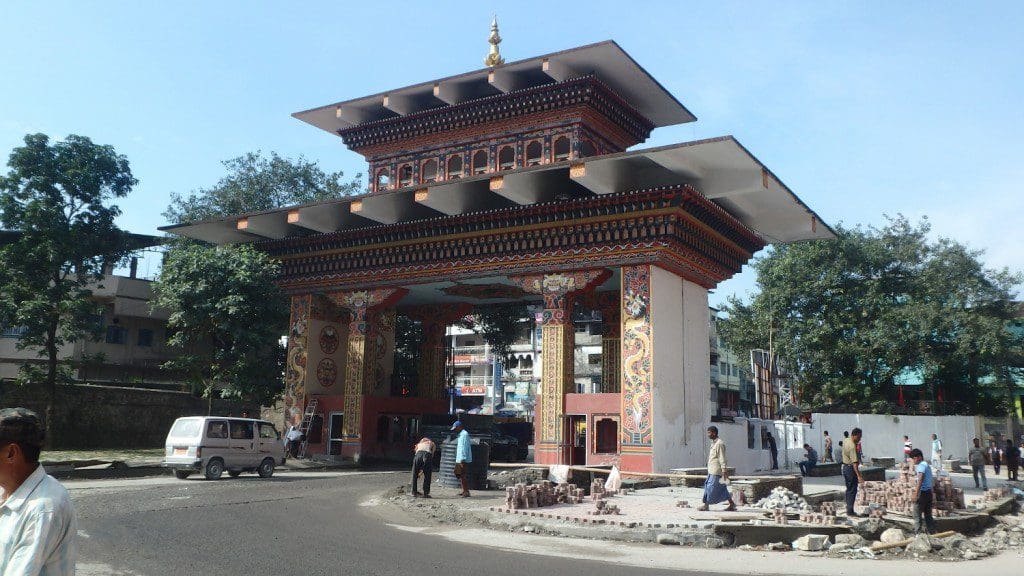 Arriving to the Indian border town of Jaigaon was a nightmare. The traffic was absolutely horendous with the dust, diesel fumes, trucks, busses, all kinds of vehicles sometimes so close you could not fit a sunday paper between them. And I was trying to find the immigration office… 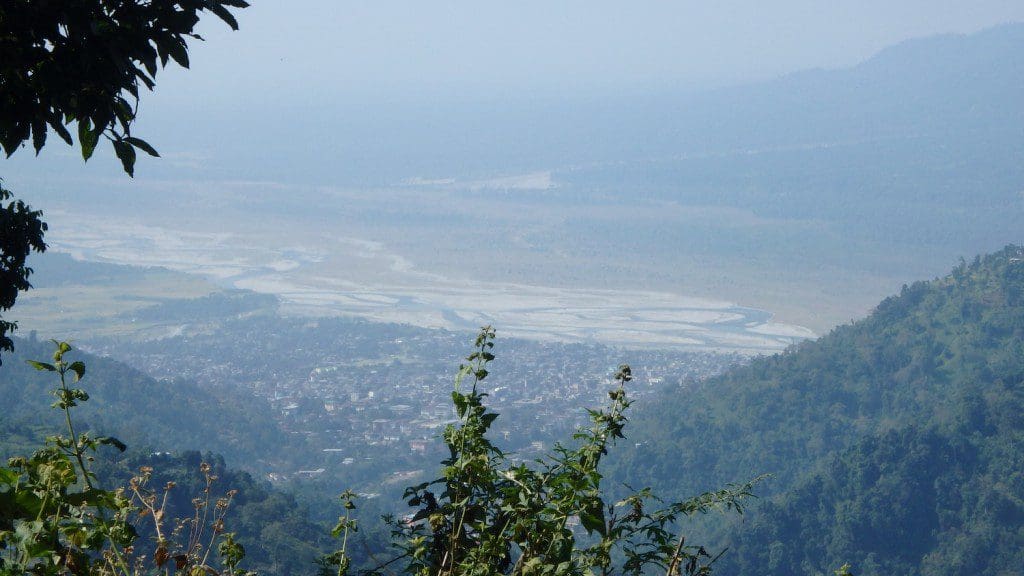 Riding towards Bhutan on the Indian tea plains and seeing the mountains in the distance, I was full of excitement. Hiting the border town Jaigaon was a shock. The contrast arriving into Bhutan through a large gate was notisable. This was no longer India, but something resembling India, only quiter, cleaner and slower paced. Traffic was no longer aggressive the way it was a moment ago. I don’t think I can make Bhutan justise. This is a country of old tradition and modern life amalgamating together in a unique and fascinating way. And I must say I like it. Like it very much.

Immediately from the border the road started to lead up higher and deeper into Bhutan. It was soon clear that any comparison to India or Nepal would not be right. With only 700.000 inhabitants this was a clean and environmentally conscious country. That you could also note from the dozens of signs promoting green values. Bhutan is clearly living its Gross National Happiness values, one of which is Conservation of the natural environment. Here the streets and environmet are clean from the plastic rubbish and cigarrette packs lying around in the more populated neighbouring countries. Really refreshing to see nature again. 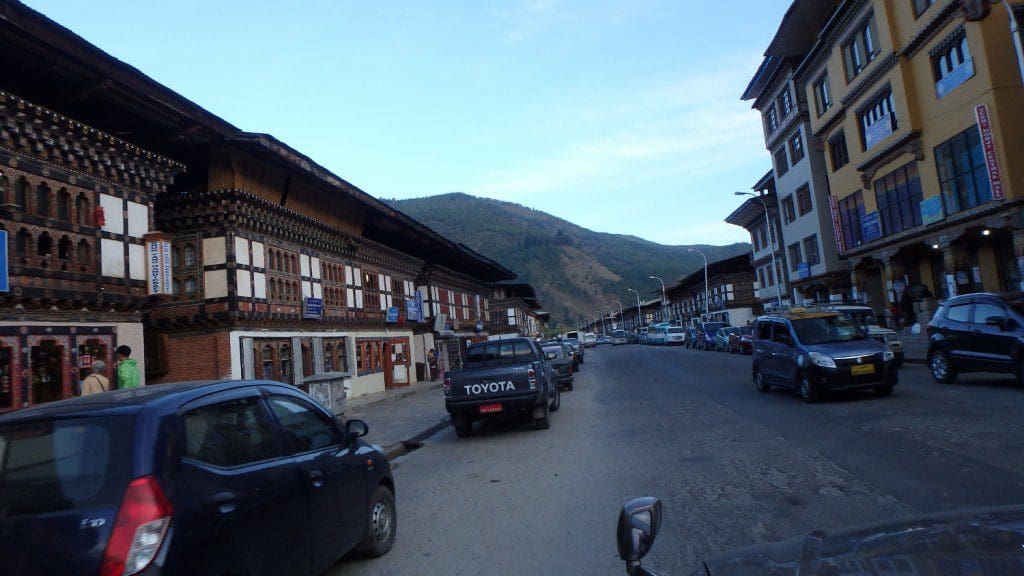 The road leading to Paro was quite dramatic at times. It was mainly in very good condition but had some great cliffs overhanging the road and steeply falling roadsides. Great fun to ride! The town of Paro at 2300 meters is the second largest town in Bhutan after the capital Timphu. Paro is truly a fascinating sight. All houses are alike. Not exactly the same but consist of similar windows (by law) and five colours used in different ways. No house is out of the norm. This is keeping with hte other GNH value, Preservation and promotion of cultural values. After all it was only 1999 when TV was legalised here!

Bhutan looks after the limited number of tourists visiting the country. You can only come on a pre-paid trip in the company of a local guide. This is easy enough to organise and my guides from Bhutan Traditional holidays are doing great job. Really easy for me now. Even the restaurants have separate “better” areas for tourists and we are well looked after. Food is excellent. Very similar to India and Nepal but with a local twist. The national dish is Chili with Cheese! Surprising but really good. 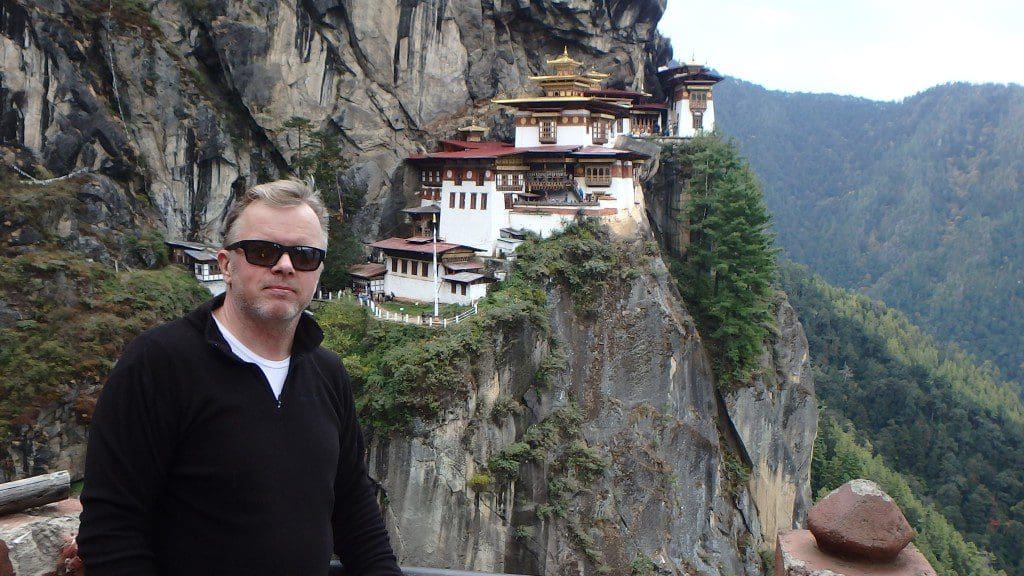 This was a hill climbing day. Four hours on rather difficult path up to 3000 meters and to the Taktsang monestary. Legend has it that Guru Rinpoche flew to this site on a tigress’ back to subdue a local demon. Thereafter, he meditated here for three months. Taktshang Goemba or Tiger’s Nest Monastery was blessed and sanctified as one of Bhutan’s most sacred religious sites. It hangs on a cliff and stands above a beautiful forest of blue pine and rhododendrons. Another good lunch on the hillside cafe and a short run to Timphu was in the programme.

Buddhism is full of folklore and unbelievable tales. I cannot wait to learn more about the Divine Madman!