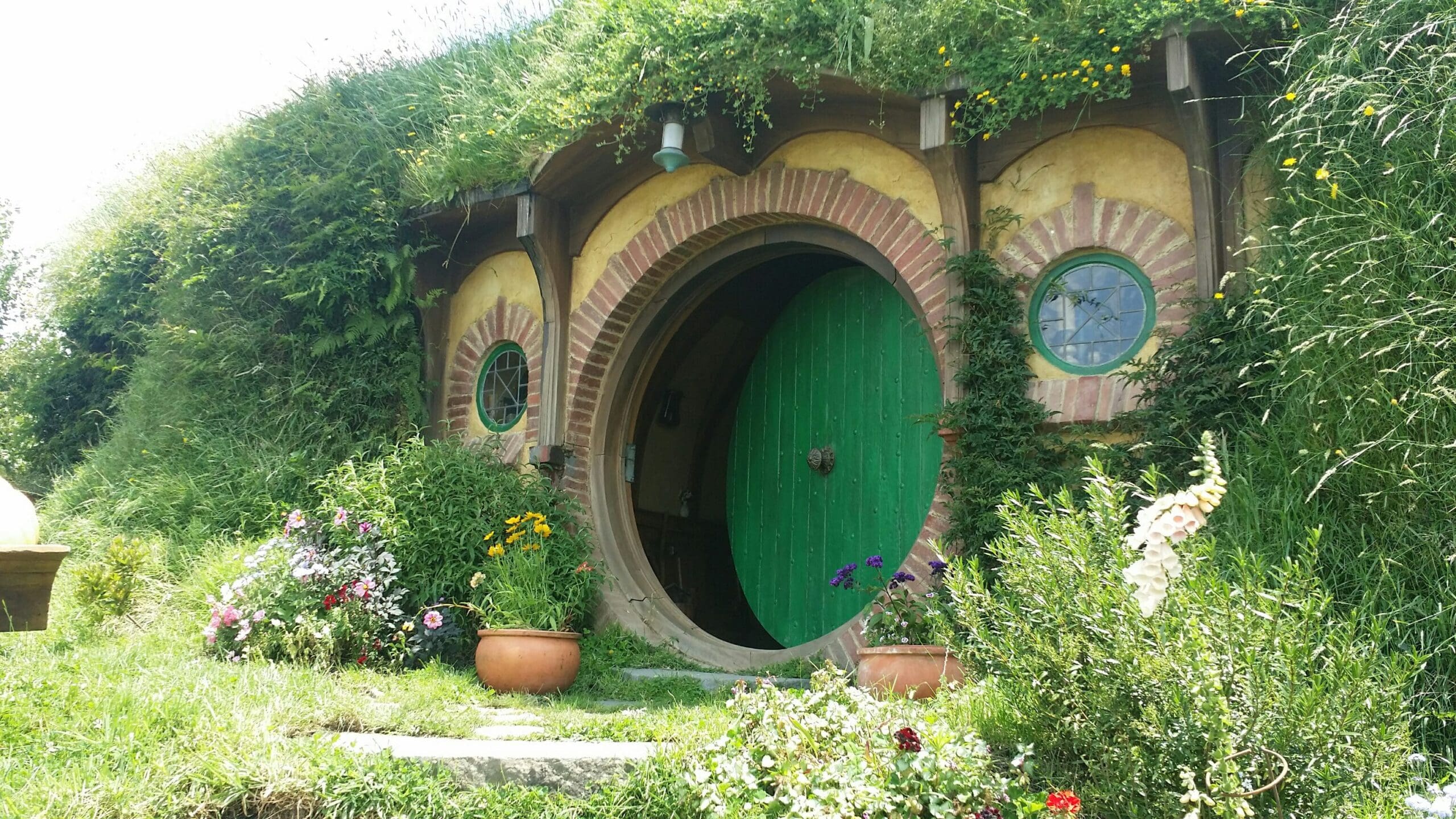 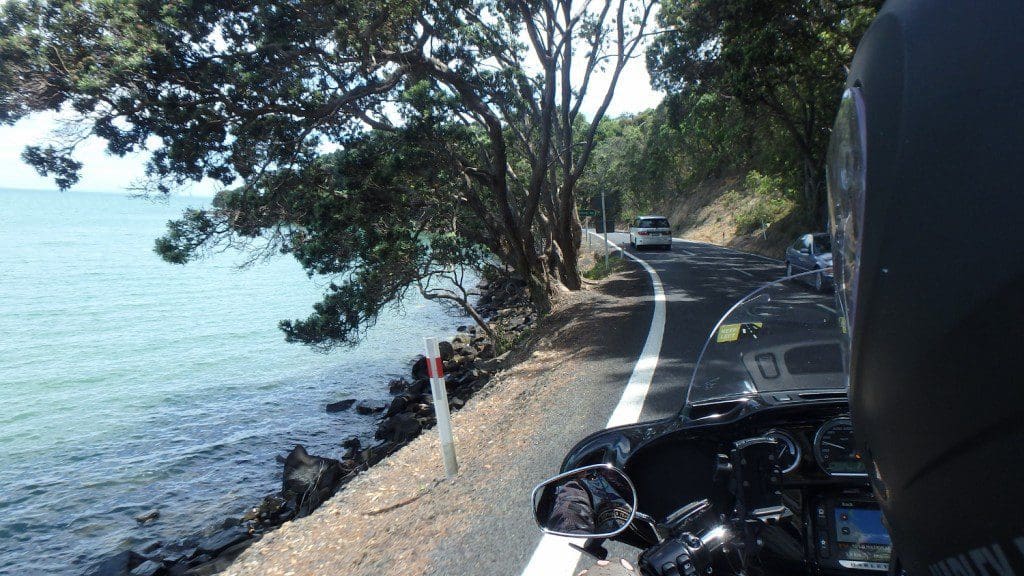 Waihi Beach at the bottom of the Coromandel peninsula. What a fantastic place to spend a day getting rid of jet lag with a burger and beer at Flat White Hippie Shack. Our home away from home is the Seagulls boutique B&B right off the beach. Earlier we got our bikes from Baz at Bularangi Harley tours and rode to Waihi Beach. Now it is time for the famous Coromandel Loop ride. Coromandel loop is a tour around the Coromandel peninsula. One wrong turn took us over the hills and a little rain took us to the Ohinemuri winery (ohinemuri is maori language and means “the maiden left behind” and obviously has a nice story to it) The very friendly german owner gave us a history lesson of the winery’s past. This is former gold mining area. 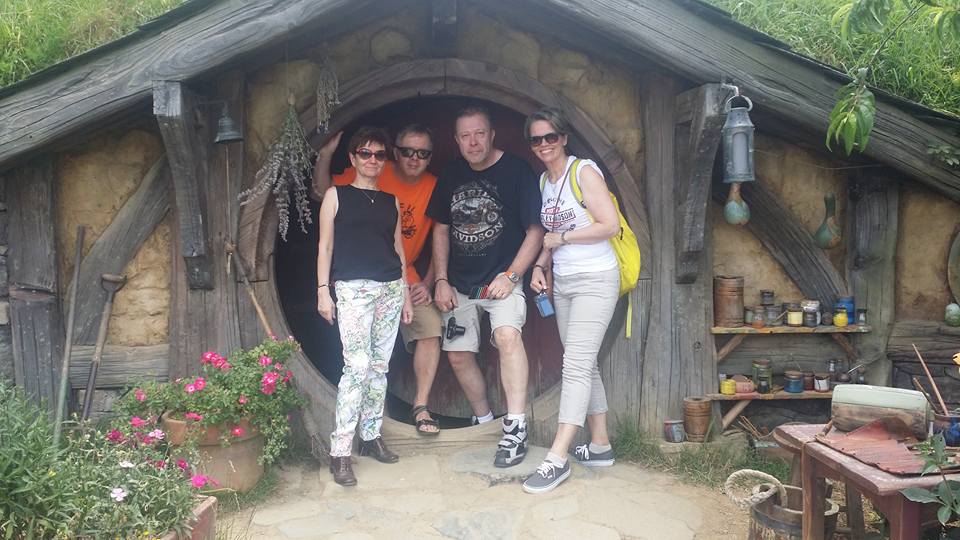 Have you seen Lord of the Rings or Hobbit movies? Then you would recognize these hills immediately. The surroundings on a farm near Matamata look just like in the films and the Hobbit caves are all there for the visitors to see. Well the outside that is. They are just a movie set and all the sections filmed inside the Hobbit houses are actually filmed in a studio. But the PUB is real and so is the ale. Entry includes a drink! On the way to Hobbiton we visited  a Harley dealership in Hamilton to fix the CB on one of the bikes. The dealerships today look much the same anywhere, which is actually a pity. Anyway, the people were friendly and also some merchandise found their way into our bags… 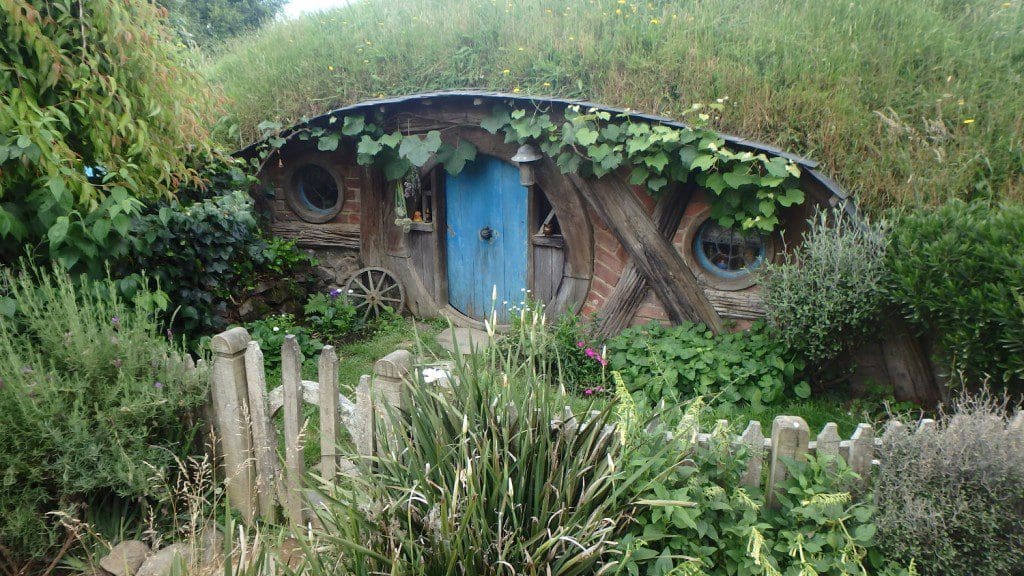 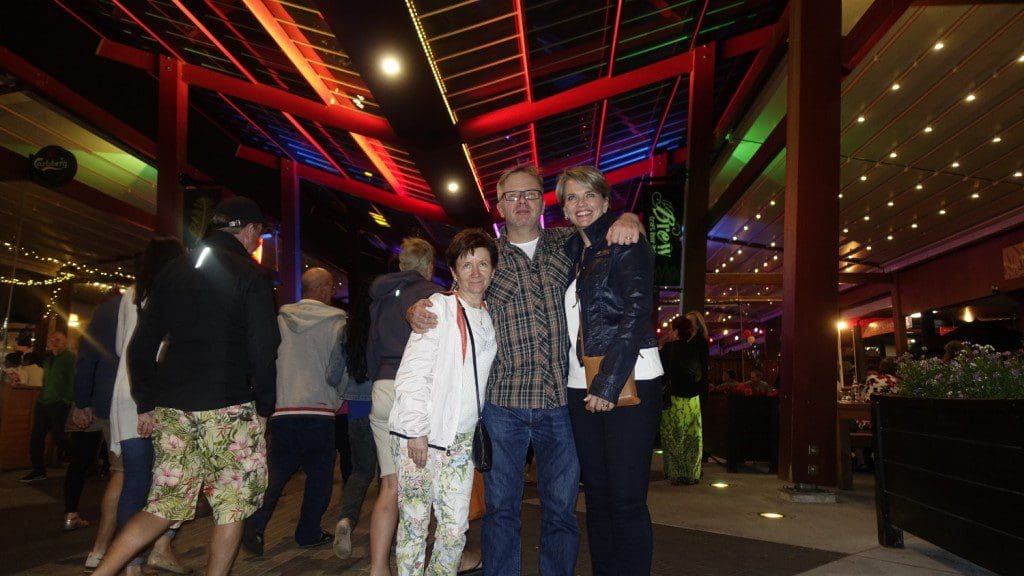 Rotorua is a popular tourist destination and also jokingly called RotoVegas. As a small town it really does not have any resemblance with Las Vegas but the party was one anyway. Bands, tivoli, the popular Eat Street restaurants and end of the night fireworks for the New Year. 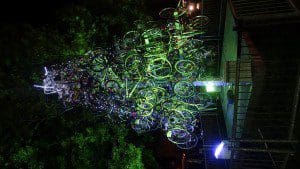 Perhaps still a bit jet lagged, we struggled to stay awake until the new year but it was worth the wait and to be among the first to enter 2016!

Our next stop was to be Gisborne. Our route took us first to the pictoresque seaside town of Whakatane. After ice creams and coffees we continued the journey for some 30 km from Whakatane, where a traffic accident had closed the road.

Two choppers had just arrived and there was really no hope for us to reach Gisborne in any decent hour. After some deliberation we ended up coming to Taupo a day early. This will give us some extra time to explore some local sights. No worries! The weather so far has been perfect for riding, Mid to upper 20’s. Arriving to Taupo close to 9PM it was 15c with light drizzle. Still very good weather for riding. Roads are winding and perfect for riding, mainly single lane, with only a few dual laned sections. 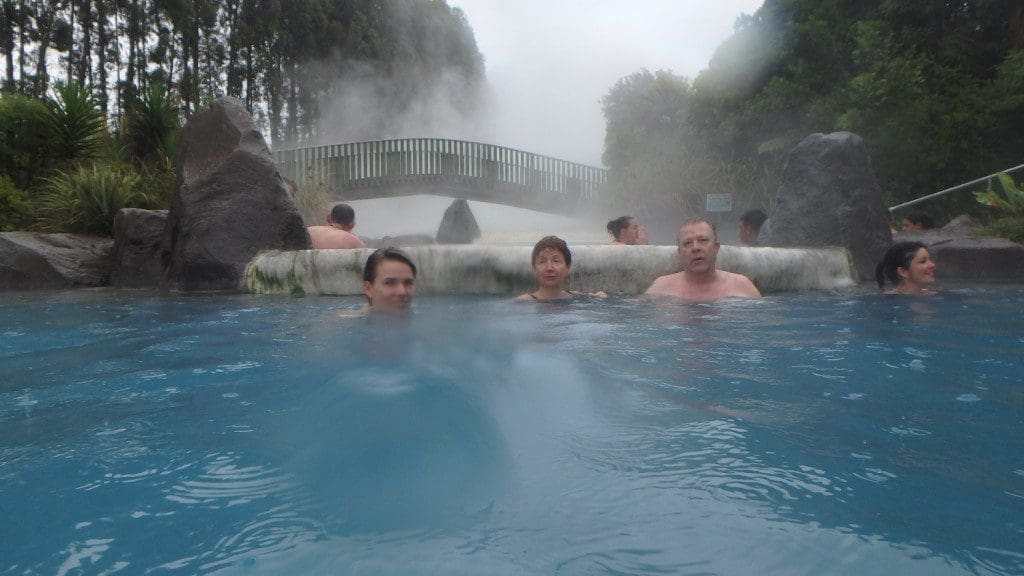 Taupo is a very busy holiday town on Lake Taupo. Our B&B is again a very good one, called “Above the Lake”. Visiting thermal spa was the highlight of the day and seeing the geothermal landscape and Huka falls was fascinating. Even in the rain, we had the perfect places to visit.

Fittingly, our ride to Wellington started in heavy rain. The rain continued all the way through the central plains, spiced with more or less dense fog and temperature low at 14c. Central North Island is agricultural farm land and moor / marsh land. Not much to see – I believe, not sure due to the fog, though. After the plains we had a sunny spell with 25c, only to go back to 14c, heavy rain and even more wind on arrival to Wellington. Tomorrow it is the ferry across to Picton on the South Island. But now it is dinner and evenings entertainment in Wellington. Through the central North Island,as anywhere in NZ, roads are single lane with occasional passing lane. Only some 20 km before Wellington there is actually a stretch of motorway. People are friendly where ever one goes but surprisingly, only less than half of motorbikers do the friendly wave on meeting on the road.

Was this the greatest motorcycle ride? Well, we saw some great roads in the north but perhaps the weather dampened our enjoyment on the way through the plains. Anyway we had fun and now it is off to the South Island and new, different scenery and roads. Just need to manage three hours on the windy sea first…