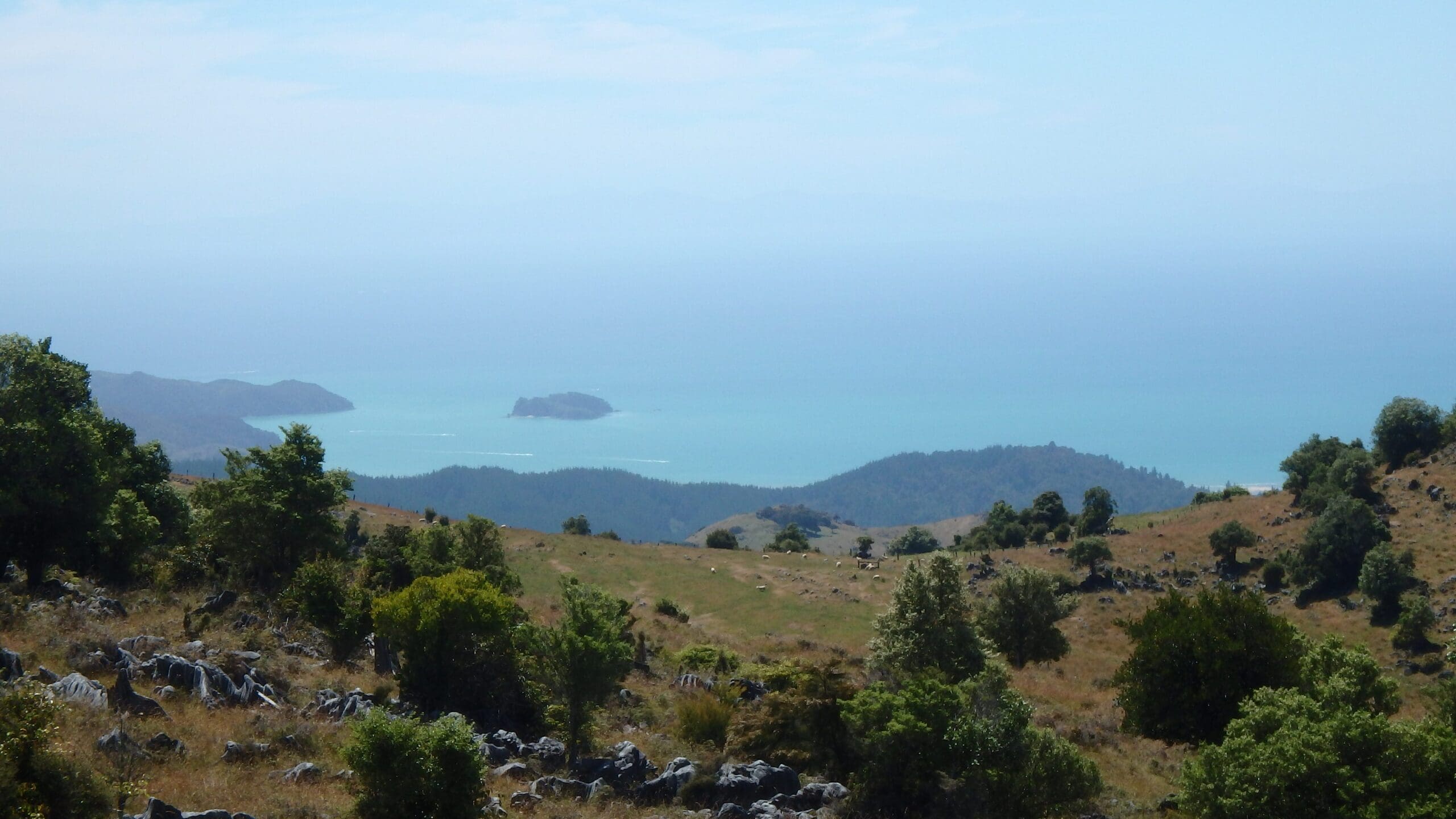 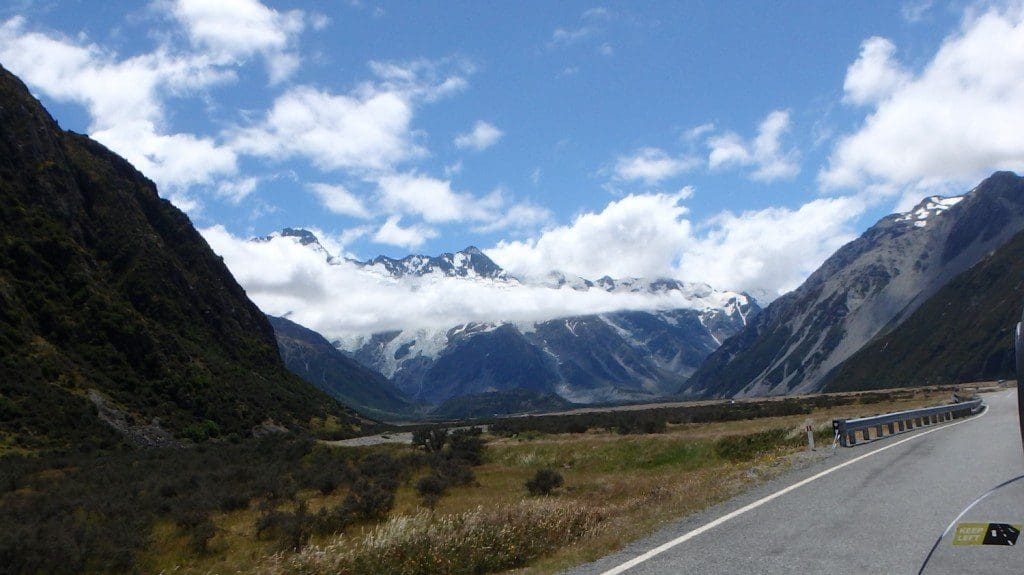 Aotearoa is the Maori name for New Zealand and translates as The Land of the Long White Cloud. After the three weeks of touring both islands on a motorbike, zigzagging from coast to coast, over the hills and the Southern Alps, I must conclude that this is a very beautiful country indeed and ideal for motorbiking. 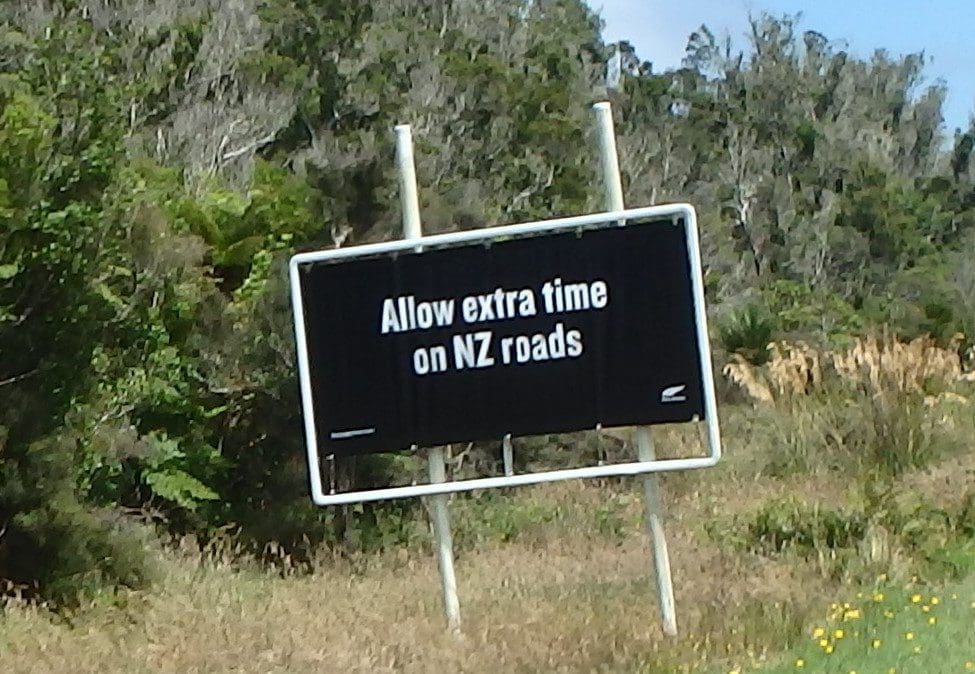 The roads are exceptional. Road surface is generally very good and does not offer sudden challenges in the form of potholes or unexpected tight curves. 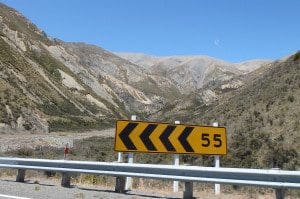 Actually almost all curves that you can not ride at speed limit, have a sign suggesting the safe speed, indicating how tight the curve ahead will be. Road works are also well signposted and there are not too many of them. 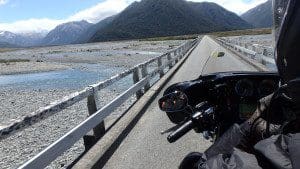 One lane bridges are characteristic for New Zealand and very common occurrence on the road virtually everywhere. With the very light traffic on the country roads crossing bridges is not a problem at all. The longer bridges even have wider passing bays. Roads everywhere are winding or curvy, usually hilly, with not many straights. Notable exception is the road leading from Queenstown to Christchurch. That must be the only route with very long completely straight stretches. Perhaps another is the road through the north island’s central plains. 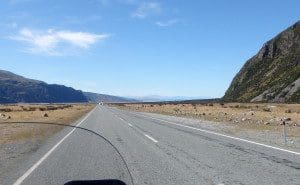 There are virtually no motorways. The only one we could find was 20 km leading to the capital, Wellington. Generally dual lanes are for passing and are from 50 meters to 500 meters in length. A longer dual carriageway was leading to Christchurch, with also more heavy traffic, trucks etc. Although the general speed limit is 100 km/h, cars tend to drive very close to one another, like dogs sniffing each others’ behinds, only a few meters apart. 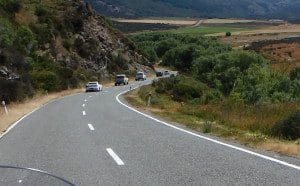 Even when they seem to have no intention to pass the car in front. Speed limits are well adhered to and everyone seems to try and stay close to the speed limit of the road. I did not see anyone really driving below the limit, apart from the numerous camper vans struggling to go uphill or admiring the scenery. Most of them give way when possible. Speeding was very rare, even when passing. Cars from behind also come very close to a motorbike. When you leave a bit of extra distance to the car in front, it is impossible for a car behind not to pass and fill the space. Even when they then just stay there, a few meters behind the next car. Anyway the traffic was polite and we had no particular incidents during the three weeks on the road.

We saw fewer motorbikes on the road than I was expecting. Bikes are everywhere but somehow I was expecting to see more of them touring the country. Not surprisingly thought, motorbikes seem to be a common means of commuting. 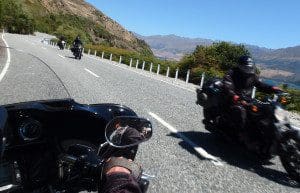 We were well received anywhere we went and safe parking was offered even before asking. Garage or even a hotel’s loading bay behind closed gates. As a minimum we were directed to park in a place not visible to passers by. Everywhere we were told that it is safe and nothing will happen to the bikes but clearly better safe than sorry. One thing I did miss was the friendly wave from other bikers. Only less than half or a third responded to a wave or nodded their heads in greeting. This was surprising in an otherwise very friendly country. Touring bikes waved but perhaps the culture was not to wave to a tourer if you were on a plastic bullet or just commuting. In any case, biking is popular in NZ and there are plenty of signs on the side of the road reminding cars about bikes and bikers about safe riding. Some of then quite funny but to the point.

Weather wise NZ is really good for biking. Particularly if you are not afraid of some rain. 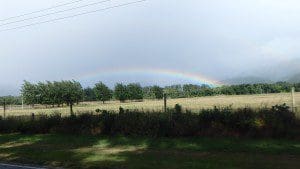 Temperatures are generally mild in the summer and extreme heat is rare. Easier to put on some extra layers than to cope with the heat, I find. During our trip temperatures ranged from a cool 13c morning/evening to a rather hot 30c in the afternoon. This also can happen in a day as you may be on the hills, seaside or inland plain easily in a day.

Our accommodation was picked by Bularangi and without exception were very good. Even 2* motels were really good. This was no accident since once we had to go for a “distress accommodation” in a motel due to a road accident preventing our travel, and not all motels are alike. One top tip is to go for a quality B&B accommodation whenever possible. 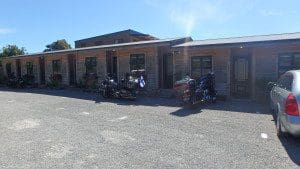 When you come from Europe, data roaming on a mobile is very expensive and a good wi-fi is really essential. NZ is somehow stuck in the 90’s when it comes to wi-fi in hotels. Wi-fi is usually chargeable, limited to a certain amount of data, or as we had in Wellington, was limited to 30 minutes on a coupon, although coupons were available free of charge at the reception. The 30 mins limit was annoying but so was the common practice of limiting the connection speed unless you paid more. Many restaurants had some varying quality connections as well. All wi-fi’s require you to sign-in. B&B’s offered by far the best wi-fi. The top tourist season starts from Christmas holidays after schools break for the summer. Christmas and new year are very busy and it was “No Vacancy” everywhere. Do not expect to pick up your accommodation on the go at any of the more popular places with ease. Strongly recommend booking in advance.

The Best Motorcycle Ride in the World?

Is NZ then one of the greatest motorcycle rides in the world? I would say it is. This is based on the exceptional riding conditions throughout the country – road surface and markings, climate, versatility of the landscape and scenery, food (although often very British), local wine & beer, biker friendliness, quality of accommodation, safety in general. Additional bonus for us was the ease of touring particularly since Bularangi had pre-arranged everything for us.

The three weeks we had biking in NZ was a hoot! And finally, remember: Ride on the LEFT! 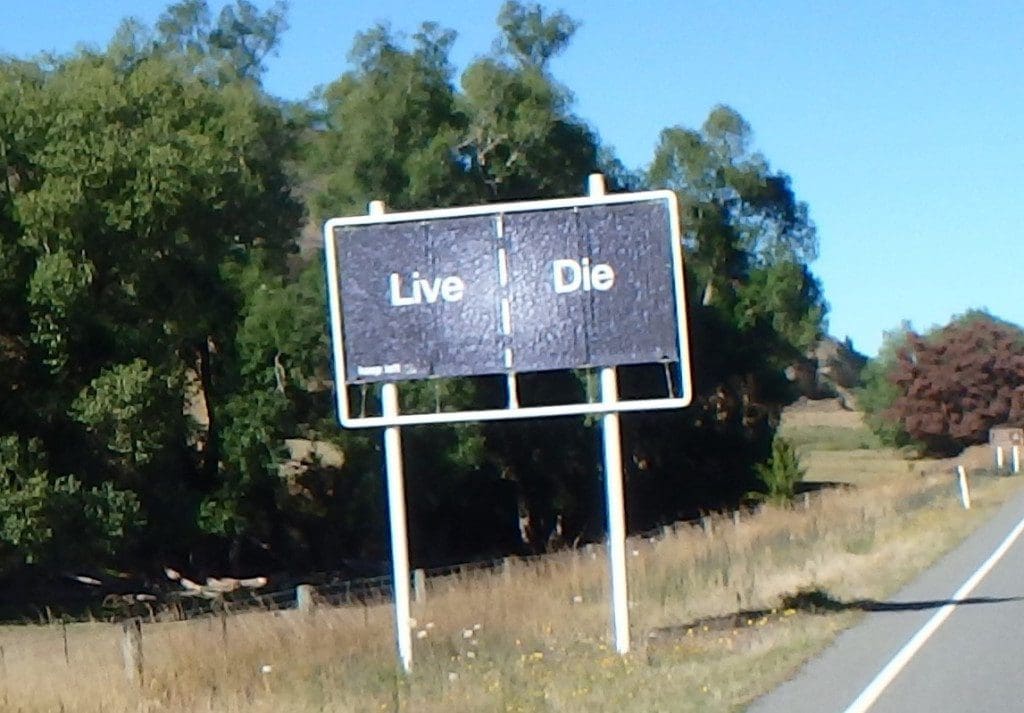