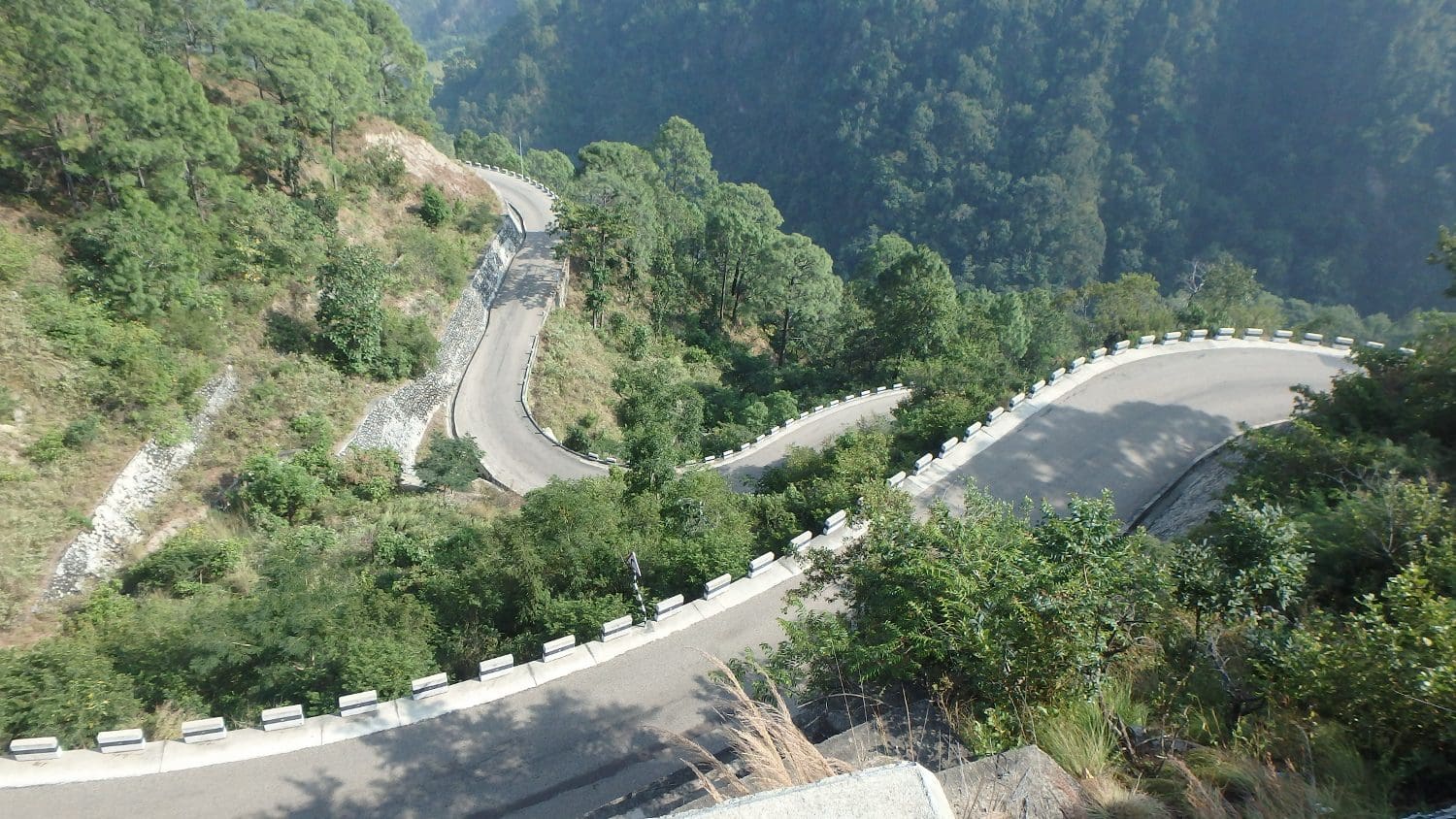 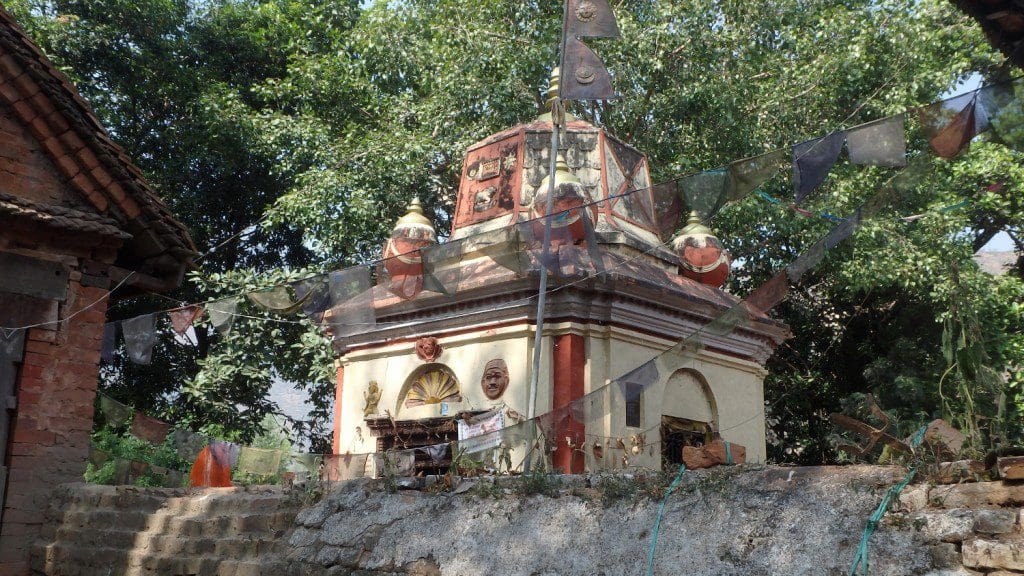 Kathmandu (and Nepal altogether) is a fascinating place. Not least due to the many Holy Men, some of which seem to just fool people from their money and smoke dope all day mainly at Pashupatinah. On the other hand, very deep cultural and religious traditions (many really beautiful) are living with the people today. At Pashupatinah you can witness the ceremonies, first clensing and then cremating bodies. The stream is continuous and the ashes are washed in the river. No headstone for anyone. People live in the minds of those whom they have touched in their lifetime. Some kids scavenge the cracks in the Stones by the river to find a gold tooth or two. This is seen as acceptable and even encouraged. They make a living and gold teeth do no longer belong to anyone, the owner has passed on. Otherwise there would also be quite s treasure in the river. Death is just a passing from one life to another and as such, not a sad thing. A Nepalese person has three birthdays and some may even be secret. When you are born, a star map is drawn and predictions made from it by a priest and that is a very sacred document kept safely and only upon marriage the two maps are compared. This can be a very long document as a paper roll. As a Nepalese, you need your priest often to do varying kinds of exorcism and maneuvers to remove bad omens from your life. Against a fee of course. There are after all some 33 million different gods and their reincarnations. 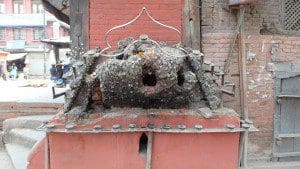 Superstitious beliefs still prevail in everyday life. If you have a tooth acke, you first nail a coin in a lump at the end of the “dentist street” and if that does not help, go to the actual dentist. Kathmandu is, like many bigger cities, leading the way in modernisation. If some 75% of marriages are arranged in Nepal, the number in Kathmandu is 50%. Divorce is a tabu and often causes exclusion from the very important extended family. And you should not marry below your caste. And upon opening a bank account, you must be able to draw a map to your house! The address is not accurate enough. 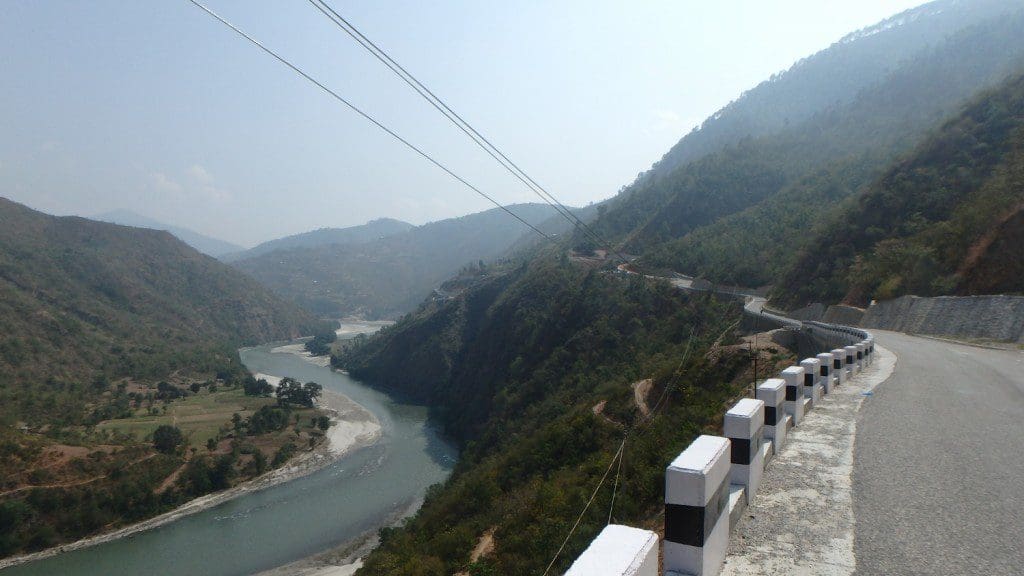 Riding through Kathmandu was relatively straight forward. The continued Indian embargo has reduced the traffic in the capital to a minimun. Due to some practical issues with not being able to get my bike across the border, I was now traveling with Ram and his cousin as my guides. Good to have company for a change. The road we took was a Japan made, absolutely fantastic Mahendra Highway across the valleys and mountains. Road surface was much better that I have seen anywhere in Nepal. A really enjoyable ride. The weather was getting hot again and we even saw a few drops of rain on the way.

On a practical note, as bikes are such a common means of transportation, there a some small innovations around. Like little hooks on crash bars for your shopping. Safely from the engine but low for stability. 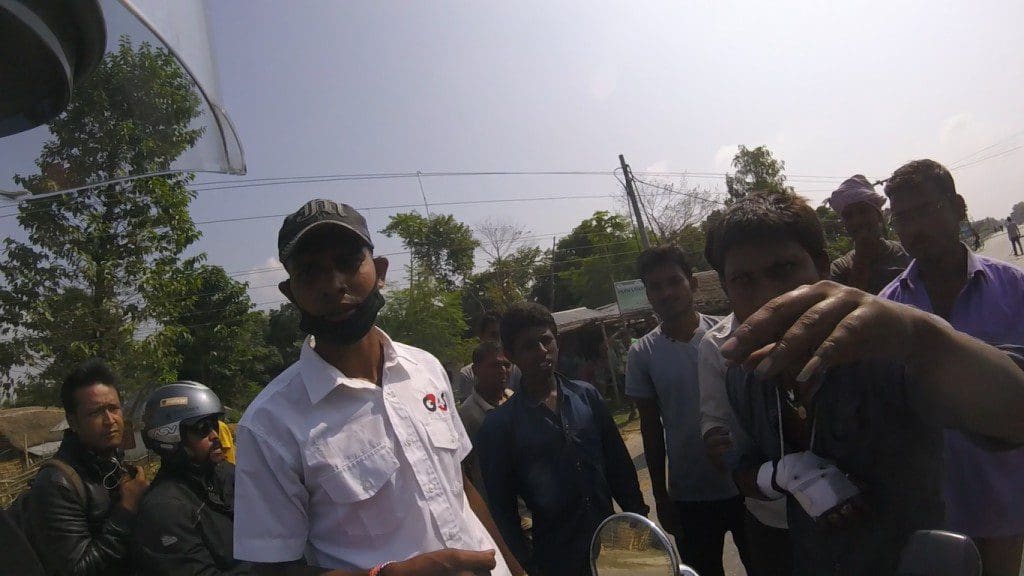 Road Rage and Calm After Storm.

On the lowlands, very near the Indian border ethnic groups built barricades across the road, bully and scare travelers. Our first road block was full of angry, drunken young yobs armed with sticks and stones. Luckily we managed to approach them carefully enough and with a foreigner they were slightly more hesitant with their approach. Some yelling and otherwise threatening behaviour though. The outcome of brief deliberation was that I can pass through but Ram and his cousin could not. Some more negotiating explaining that I could not continue without my guide and and eventually I got a “we must think” reply. Thinking was quickly done and the awkward traveller was gotten rig off. We could pass. There were seven road blocks altogether and after we passed the first, most threatening barricade, the rest were easier. Still scary, let me confess! 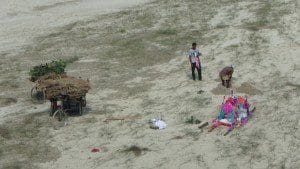 On a dry river bed, we encountered a very sad (to me anyway) view of a burial of a mother and a child. The mother was cremated and the child was buried in the soil. A group of mourners were gathering to the site. Eventually the river will wash away the remains and according to hindu religion, the deceased will become one with fire, earth, sky, water and air. 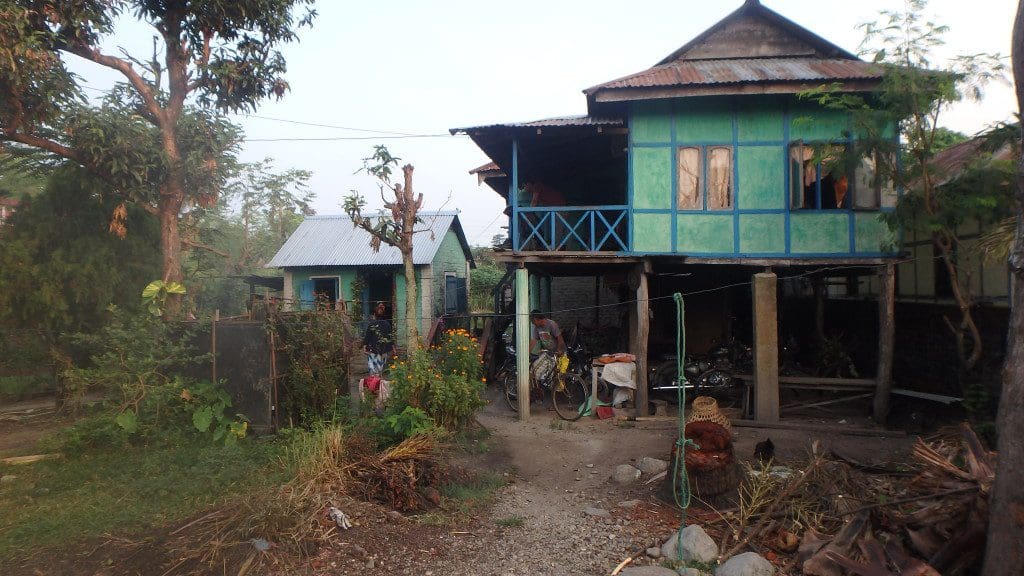 The evening really made the trip. We stayed at Ram’s uncle’s place in Surunga. This was a truly traditional Nepalese family and their house in the country. What a wonderful stay in a house on stilts with farm animals around. Goats, chickens, cows, pigs,.. And the best dumplings I have ever had, freshly made. A nice evening with some drinks and general chatter.

The following morning I thought I was looking at the tea to boil. This was no tea after all. It was Rakshi, a local kind of moonshine being made.